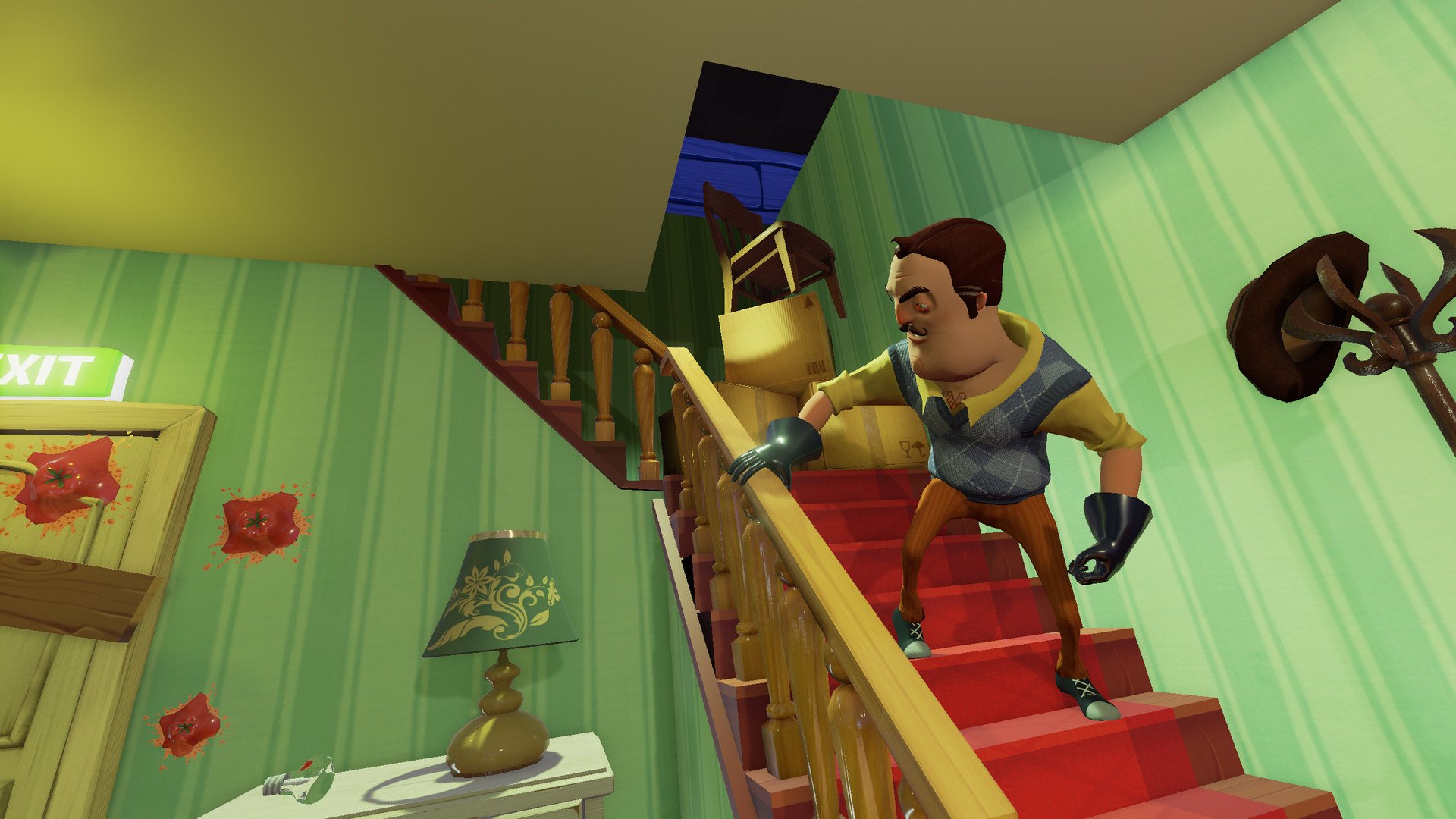 In March, indie publisher TinyBuild announced that the Hello Neighbor franchise has grown to encompass 30 million players, a huge milestone for a stealth/horror title aimed at children and young adults. Now, TinyBuild has announced that it is officially acquiring the game’s developers, Dynamic Pixels, which will be rebranded as Eerie Guest Studios.

“We’ve worked really hard on establishing a pipeline for the Hello Neighbor franchise with multiple games and cross-media products, and Eerie Guest Studios is at its core,” Alex Nichiporchik, CEO of TinyBuild, told GameDaily. “This has been in progress for a long time really. It took a while to set up a proper structure and process so we can start working on the next project in an efficient capacity, and to finish the establishment of the studio. It was important for the team to maintain their own culture and identity and feels like this took the most time.”

By placing Eerie Guest Studios at the core of Hello Neighbor, TinyBuild hopes to keep growing a franchise that has made its way to a number of mediums outside of games, including books, animation, and even board games.

“[Eerie Guest is] the central brain that ties everything together,” Nichiporchik explained. “Our job as a publisher is to create an environment and give all the tools required to facilitate great products that our fans love. This means full creative control maintains with the original creators of the series, with reasonable collaboration from our side. We’re all in this together.”

In the past, Nichiporchik has gone on record as saying that the traditional indie publishing model is an unsustainable and dying business. To that end, we asked what the formation of Eerie Guest means for TinyBuild’s mergers and acquisitions strategy going forward, and he said that he’s more interested in fostering partnerships instead of simply business relationships.

“For a few years now, we’ve been transitioning from third-party publishing--AKA transactional relationships--between publishers and developers, into more of a partnership type relationship,” Nichiporchik said. “This means moving to second- and first-party setups where we can create something long-lasting with the creators. If it makes sense to do it in a first-party setup, we engage in M&A discussions.”

Since receiving a $15 million investment at the beginning of 2019, TinyBuild has made a number of notable business moves, including opening up two new studios in Latvia and Idaho. Now, with the formation of Eerie Guest Studios, TinyBuild is priming itself for the long-term.

“This is the start of a bigger vision for TinyBuild where we will have separate, recognizable studios as part of the orange family alongside a robust development infrastructure,” Nichiporchik explained. “I’m personally excited about the idea of having enough internal development capacity to be able to jump on any project, and be able to dynamically allocate resources wherever needed. I also can’t wait to talk about what all three of these studios are working on.”

Last month, TinyBuild launched the alpha for Hello Guest, the multiplayer follow-up to Hello Neighbor. Looking forward, it will be interesting to see how the formation of Eerie Guest Studios affects development of that game, and its greater impact on TinyBuild’s publishing business.