Ninjala surpasses 3 million downloads in less than a month 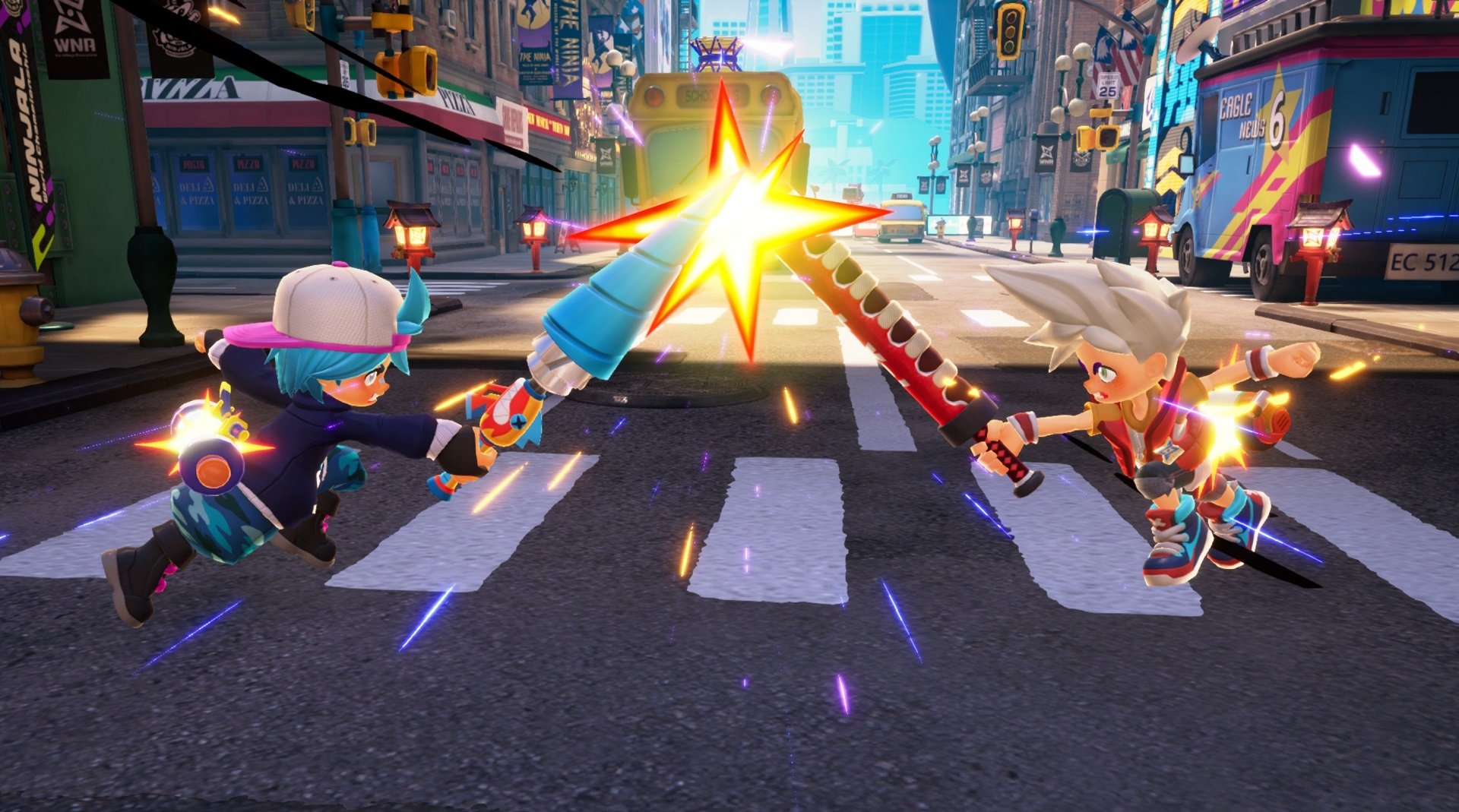 “We surpassed 3 million downloads much quicker than we imagined, so we are truly thrilled about that,” Morishita told GameDaily. “During its development, we were confident that Ninjala would be a fun game to play, but we were so focused on developing it that we never really had the time to build any expectations on how well it would be received.”

The free-to-play market has experienced an exponential rise in recent years, as the triple-A games industry has pivoted from single purchase premium games to the more consistent revenue streams of live service. Games like Fortnite and FIFA have illustrated that retaining players over the long-term can be more lucrative, a concept that is not lost on Morishia and GungHo.

“I’ve had a good amount of experience with titles like Puzzle & Dragons and Let it Die, so maybe I’ve become accustomed to the difficulties associated with the F2P mode,” Morishita explained. “As you might imagine, any kind of game development has its share of challenges, but I think the most difficult part of managing a F2P title comes after release. Not only do you have to plan for the inclusion of new elements, but you also have to consider how you will implement corrections and adjustments in response to user feedback.”

To that end, Morishita said that GungHo plans to support Ninjala with new seasonal updates every two and a half months, which is how often the game will see a reset to its season pass. Throughout the season, GungHo will introduce new stages, weapons, skills, Shinobi Cards and limited-time rulesets.

The aesthetic for Ninjala is very much geared toward a younger audience, with cartoonish visuals and colorful characters. It’s no coincidence, then, that the idea for the game stems from Morishita observing kids playing pretend chambara. That is to say, acting out sword fighting like you would see in Japanese samurai films.

“When I saw this, I thought that it was almost like a natural human instinct, the way that children will start to play sword fighting when they pick up a stick,” Morishita said. “That was our inspiration to create a multiplayer PvP action game centered around a chambara and a ninja theme.”

The trick, though, was to separate Ninjala from the traditionally bloody and violent ninja genre. By creating a game with a more “pop” feel, GungHo was aiming squarely for a younger demographic. The introduction of chewing gum as a central mechanic helped to reinforce this family-friendly theme.

During development, when I was trying to come up with a fun idea for a feature of the gameplay UI, I was casually chewing on some bubblegum and I blew a bubble,” Morishita explained. “At that moment the whole idea came to mind. I thought that the way it can be shaped into different forms reminded me of a ninja’s transformation ninjutsu, so we created “gum action” as the game concept and the core of the game.”

That kid-friendly concept and aesthetic belies surprisingly deep gameplay, though, which was a primary goal for Morishita during development. The easy-to-play but hard-to-master dueling mechanics reward careful play. However, it was important to GungHo that players of all skill levels be able to compete.

“For example, when you first start playing, the parry mechanism seems to have a heavy luck factor, but the philosophy there is that even if there is a gap between player skill levels, the less-skilled players will still find opportunities to turn the tables in battle,” Morishita explained. “That said, the key to battle is observing the situation.”

This philosophy seems to be paying off for GungHo. 3 million downloads in less than a month is impressive however you slice it, even if we don’t have any concrete revenue numbers. Player retention is the key to success in the free-to-play market, though, and the real test for Ninjala lies in the coming months. Coming out of the gate strong is one thing, but staying relevant in the long run is another. Moving forward, it will be interesting to track Ninjala’s progress in this regard.