Blizzard celebrates five years of Heroes of the Storm 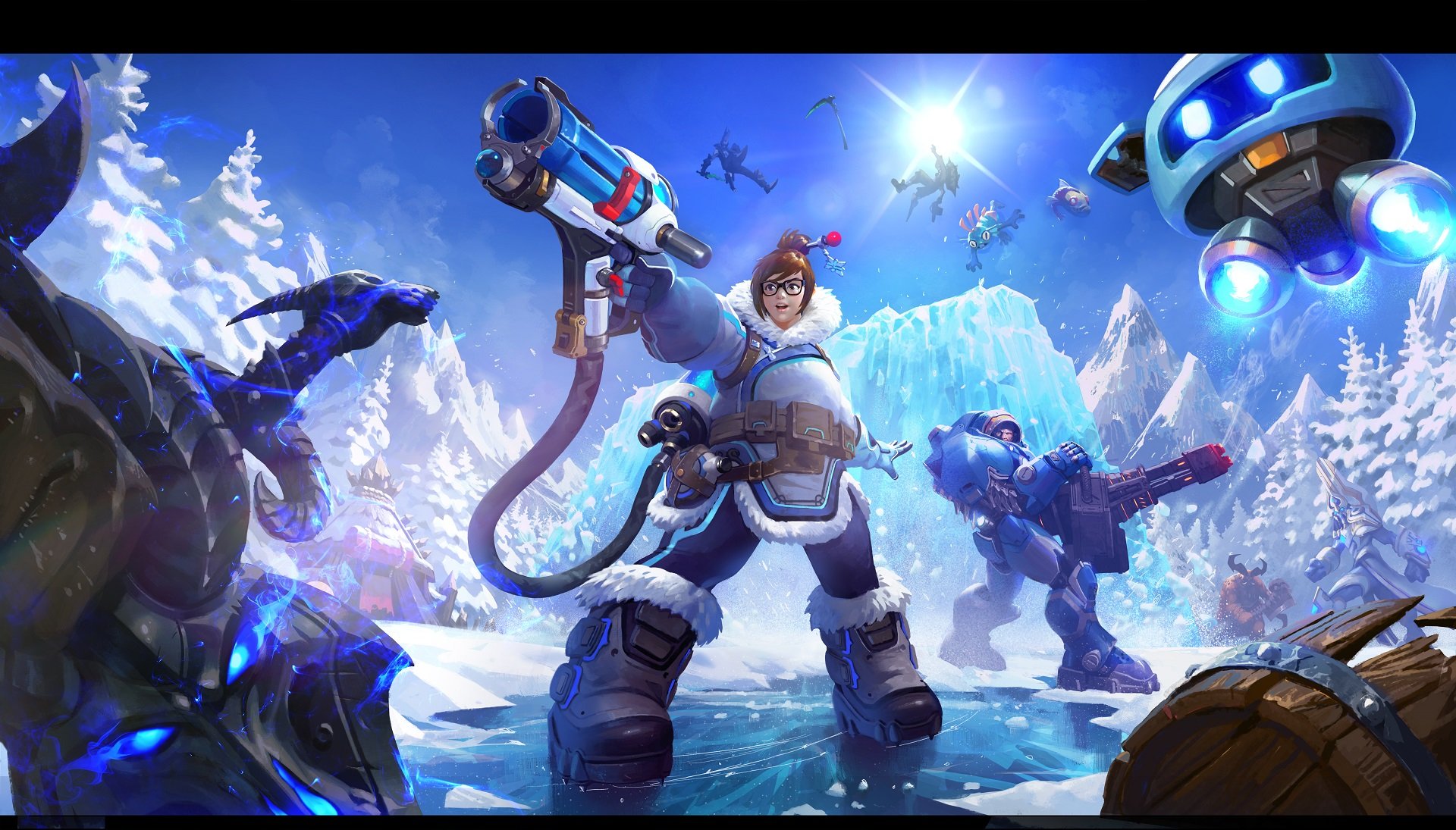 In June of 2015, Blizzard entered the MOBA sphere with Heroes of the Storm, a competitive multiplayer battler that features some of the most beloved characters from across the company’s stable of properties. In the five years since, HotS never reached Dota 2 or League of Legends levels of success, but it has earned itself a respectable and passionate following.

“We are so incredibly grateful to our players. It has been an incredible five years of playing alongside all of you in the Nexus; I can’t wait to see what the next five brings,” Brett Crawford, lead designer on HotS, told GameDaily.

Throughout its lifecycle, Hots has experienced many ups and downs, including the birth and death of the Heroes Global Championship esports league amid Activision Blizzard’s now-notorious restructuring at the start of last year. In 2018, the HGC finals event garnered only 183,000 peak concurrent viewers and a total of 3.21 million hour watched. These numbers are merely a fraction of the audience commanded by Dota 2’s The International, which had 14.96 million peak viewers, and 493 million hours watched.

The layoffs that resulted from the wider restructuring left HotS with a reported skeleton crew, and development was a bit touch-and-go for a bit. Things appear to have leveled out, though, and the HotS team seems to have settled into a new routine.

“The new normal is actually pretty amazing,” Crawford explained. “The team is firing on all cylinders and we can actually do a lot of things now that we couldn’t really do before. So even though it took some time to fully adjust, we are really hitting our stride right now.”

Crawford said that the goal is always to bring as much content into the game as possible, and the team is currently working to remove some of the barriers in an effort to quickly and efficiently scale up its output.

As the team celebrates HotS’ fifth anniversary, Crawford reflected a bit on his experience as lead designer.

“Personally, I came to Blizzard to work on Heroes simply because I was such a huge fan of Dota and, at the time, Heroes of Newerth,” he said. “Over the years, I have taken a lot of my experience with those older games into account while making design decisions for Heroes, but at the end of the day, our game is so different from the others, that a lot of adaptation needs to occur.”

There are many ways HotS differentiates itself from the MOBA pack; most prominently, the game features multiple dynamic, objective-based maps, adding a greater PvE focus than other games in the genre. There are also “questing talents,” which provide characters with a buff if players are able to complete mini goals with the related skills.

“Questing talents were born from the idea of wanting more aggressive asymmetry in power throughout the game, which stemmed from the exciting moments that we liked when you got to purchase another big item in Dota,” Crawford explained.

Part of Crawford’s philosophy of substantial content output means constantly designing and releasing new heroes into the game. The most recent addition is Mei from Overwatch, who, like all new heroes, went through a great deal of iteration before finally going live.

“Deciding on which hero to bring next is always pretty difficult,” Crawford explained. “We have a growing list of over 100 characters that we are watching all the time. When the time comes to decide exactly who is next, we sit down in a cluster of meetings with all stakeholders to find what hero we are passionate about and makes the most sense to work on next.”

After deciding on the character, it’s up to the design team to figure out how they will fit into HotS. This process involves conceptualizing abilities that fit thematically with the character, as well as within the Nexus, the world of Heroes of the Storm.

“As for the reason we brought Mei, we started the normal meeting process and knew that it was time to bring another tank into the game,” Crawford said. “One of the hero designers had a really passionate idea about how to adapt Mei’s kit from Overwatch into a tanky front-liner in our game. The team was excited to try it and the rest is history.”

When asked what heroes he plays most, Crawford pointed to Nova, Stitches, Falstad, and Valla. But it’s the game’s biggest hero (literally) that he favors the most.

“I honestly think my favorite overall Hero in the game has to be the big guy: Deathwing. I love when the team pushes the boundaries of what is possible, and they really crushed it with him,” he said.

When the Activision Blizzard layoffs happened, and the HGC was cancelled, many predicted the death of Heroes of the Storm. Now, on its fifth anniversary, the game appears to be keeping steady, and Crawford is confident that it will be around for the long haul.

“Both the team and our player base is as passionate as ever,” he said. “We have been full steam ahead for well over five years now, and I don’t see that stopping anytime soon. Something most people wouldn’t know is that we playtest every day, and the majority of the group of us have been playing this game together for years, so you can only imagine our voice comms.”

The MOBA genre is a tough one thanks to perennial mega hits Dota and League of Legends, and newcomers are constantly entering the fray, but Heroes of the Storm has carved itself out a nice little spot. Things looked dicey for a bit early last year, but Crawford’s confidence is reassuring that HotS will stick around for the foreseeable future. Five years down, many more to go.