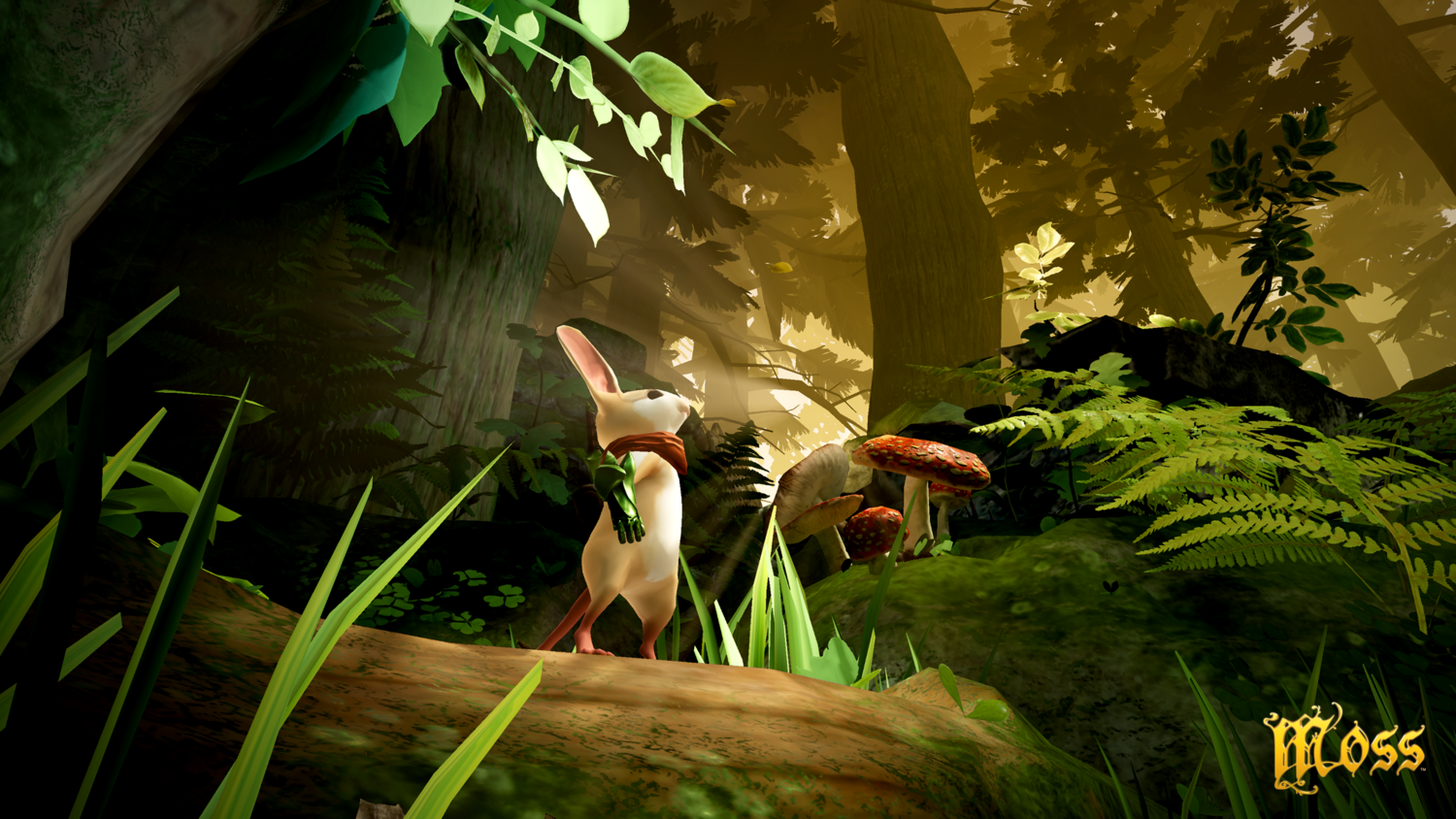 Polyarc, the developer behind VR darling Moss, announced today that it has secured $9 million in Series B funding, which it will use to expand virtual reality and into the augmented reality sector. This is Polyarc’s second major funding round, following 2016’s $3.5 million for the development of Moss.

“The thing we want people to remember about Polyarc in 40 years is our characters,” Tam Armstrong, CEO of Polyarc, said in the announcement. “Our means to make our characters the most memorable is to build a company oriented around introducing them directly to our players in person. VR, AR, and the spectrum in between, offer an opportunity to connect our players with our characters through physical interaction and emotional feedback in a way that no other medium can match.”

The new funding round was led by Hiro Capital, an investment firm focused on emerging technologies within the games and digital sports markets. Ian Livingstone, a founding partner of Hiro, will join Polyarc’s board of directors as part of the agreement.

“Polyarc is a proven leader in developing innovative VR interactive entertainment, and Moss is an amazing game which showcases the beauty and possibilities of what the VR platform can deliver,” Livingstone said in a statement. “Hiro Capital is delighted to invest in Polyarc to help accelerate the studio's future development of mixed reality experiences."

Lewis Ward, research director of gaming at analyst firm IDC, said that he anticipates the funding round to help the team at Polyarc get the ball rolling on their next projects, even if there's some time before anything is officially announced.

"While Polyarc’s successor to Moss hasn’t been announced, it’s clear that this funding round will help fund the development of another project. It’s likely to use the same third person perspective that Moss used," Ward told GameDaily. "The Polyarc team believes that more emotionally satisfying experiences are created when the player interacts and completes activities with other fully-fledged characters (like Quill). That implies that third person perspective will be there next time around, although the other characters may not be virtual. It could also be a multiplayer game."

By and large, the VR market has struggled to find mainstream footing, but a tenacious group of developers maintains that it is the next frontier for gaming. Earlier this year, the sector received a new heavy-hitter in Half-Life: Alyx, which many analysts said would be a major test for VR. Whether or not Alyx it’s the rebirth of consumer VR that some claim remains to be seen, but public reception appears to have been respectable by VR standards standards.

“Half-Life: Alyx reached 43k concurrent players on Steam during launch day,” Daniel Ahmad, analyst at Niko Partners, tweeted upon the game’s launch. “It is certainly a successful launch for a VR title and is already as high as Beat Saber VR's peak concurrent player count on Steam. However, it's clear that the numbers are held back due to VR requirements.”

For Ward, the timing of Polyarc's new funding round is unrelated to the launch or relative success of Alyx.

"My understanding is that discussions around a new funding round started late last year, and that COVID-19 actually slowed things down because the pandemic threw so many processes into disarray both in the U.S. and internationally," Ward explained.

Regarding Polyarc's expansion into AR, Ward said that the studio likely expects the barriers between AR and VR to become blurred in the coming years.

"How much of a VR versus AR mix a project uses in the not-too-distant future will be a design choice that’s not limited by hardware or software factors as they are today. We don’t know what they’ll do next, but it sounds to me like they believe mixed reality will be in a very different place one-to-two years out, and they’re aiming to deliver a groundbreaking experience when the time is right."

Beyond Valve, there aren’t many studios who could raise public interest in VR, but Polyarc is certainly one of them. Critical reception to Moss was almost universally positive in 2018, and remains one of the few must-have titles on the platform. It’s likely that this success bolstered Hiro Capital’s confidence. It will be interesting to track the progress--and the potential impact--of Polyarc’s next project.