Ben Wander on leaving AAA behind, and the challenges of indie development 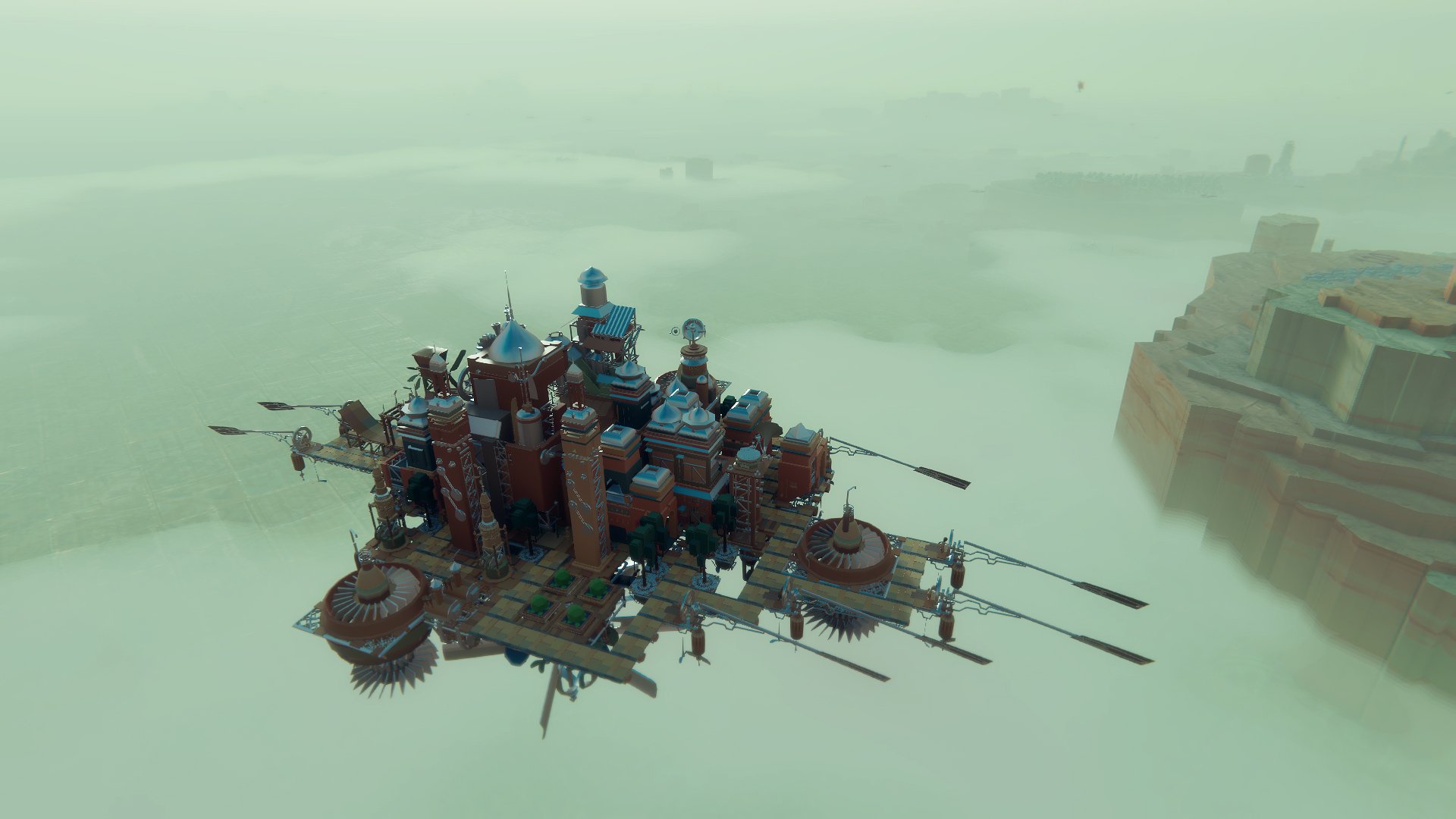 There are a lot of advantages to working for a large development outfit like the now-shuttered Visceral Studios. On one hand, devs have access to an enormous amount of resources, both financial and human. On the other, continued iteration on the same handful of properties can feel creatively stifling after several years; AAA development is a double-edged sword in that way. For Ben Wander and his studio The Wandering Band, the closure of Visceral Studios in 2017 provided a perfect opportunity to stretch those creative muscles in a new arena: the indie space.

Wander, who also spent time as a software engineer at BioWare and Silicon Knights, left Visceral in 2015 to solo-develop A Case of Distrust. When work on that game was wrapping up, EA unexpectedly shut down Visceral. Sensing a big opportunity, Wander reached out to three former colleagues at the studio: Chee Fong, Fred Gareau, and Zach Mumbach. Together, the four formed The Wandering Band and set to work on Airborne Kingdom, a city builder/management game with a decidedly fantastical twist.

“We all enjoy playing city builders, so our original gameplay concepts came from just wanting a fantastical city in the sky,” Wander told GameDaily. “Once we created that, it begged to be moved around, so we added a right-click to move function, and that's really when the game took shape. The combination of exploration and management is something we haven't seen before, but it fits so naturally with our fantastical sky kingdom.”

Coming from AAA development, Wander said that creative freedom in the indie space has come with a number of adjustments. For example, the definition of “success” in indie development is vastly different from the AAA market.

“There was a story a few years ago where SquareEnix said it was disappointed in the sales of Tomb Raider, at around 3.5 million copies sold if I'm remembering right,” Wander said. “If anything, expectations of AAA sales have only gotten more massive.”

These kinds of lofty expectations are understandable, Wander admitted, especially when you consider the massive overhead incurred by an enormous company like Square. Studios of that size have thousands of employees that all need to get paid in addition to maximizing profits to paciate shareholders, an unenviable balancing act to be sure. In most cases, the best strategy is to stick with what you know will sell, resulting in a formulaic and cyclical output.

“We're not limited by the same restrictions,” Wander said of his small studio. “Don't get me wrong, we have other hurdles--making games with fewer people means you make different sacrifices. But our vision and our creativity can reach further places since, to be financially stable, we don't have to hit gargantuan sales numbers. That's our advantage as a small studio.”

The hurdles Wander is referring to include the aforementioned lack of resources. This is perhaps the biggest challenge faced by The Wandering Band, he said.

“We don't have multiple dedicated tech artists, or animators, or lighters like we did in AAA; we just have to figure it out ourselves, which comes with its own fun, but definitely with its own challenges too.”

For many other indies, however, the most significant obstacle to success is discoverability. In this today’s crowded market, getting eyes on your game is perhaps the largest roadblock faced by small studios who lack the funding to hire PR and marketing firms. Luckily, The Wandering Band has managed to head off this problem by signing an exclusivity deal with Epic Games.

“The first thing we have to focus on is making a good game--if we fail at that, then discoverability won't matter,” Wander said. “We've also mitigated our risk by partnering with Epic Games--we'll be on their store exclusively on PC and Mac, and they've agreed to a number of guaranteed sales. For indies, I can't tell you how huge it is to not have to worry about future funding.”

Of course, the ongoing COVID-19 pandemic presents its own set of challenges. It’s true that video games as an industry are better equipped than others to weather a resultant recession, but much of the business has had to adjust to new remote working conditions amid quarantine orders. The Wandering Band, however, was already mostly remote, which has made the adjustment a trivial thing for the studio.

“Actually we've always been a virtual company--we were doing daily video stand-ups before they were cool,” Wander said. “It really helps us attract talented contractors when necessary, since they don't have to be in the same place, and it lets us live where we each choose to live, keep overhead costs lower, and travel while making our games.”

That’s not to say that the company hasn’t been impacted at all, though. Wander said that in previous years, the team would meet up twice annually as a sort of team-building effort. Obviously, the pandemic has eliminated this practice.

“Our last trip together was a trip to Poulsbo, Washington, working together for a week in a cabin in the woods (it looked like the forest moon of Endor out there),” he explained. “Those trips really solidify our company bonds, and they're a lot of fun, so we're ready to get back to them when we can.”

In the end, though, The Wandering Band will not let the pandemic derail it from its primary goal: executing on their vision.

“Our goal as a studio is really to have fun while making the games we want to make. Not only does that motivate us while creating a project, but it helps us to continually support it after launch, which is essential for community trust and continual studio wellbeing. Airborne Kingdom has been a blast to make so far, and we're excited to launch and support it for a while after,” he said.

After more than a decade in the AAA space, Wander is ready to make an impact on the indie arena. His solo effort, A Case of Distrust, has received respectable critical feedback, and serves as a handy test for the more ambitious Airborne Kingdom. A partnership with Epic Games goes a long way in assuaging much of the uncertainty associated with indie development, but in the end it’s up to The Wandering Band to deliver a fun, polished product. Moving forward, it will be interesting to track the studio’s progress on this front.