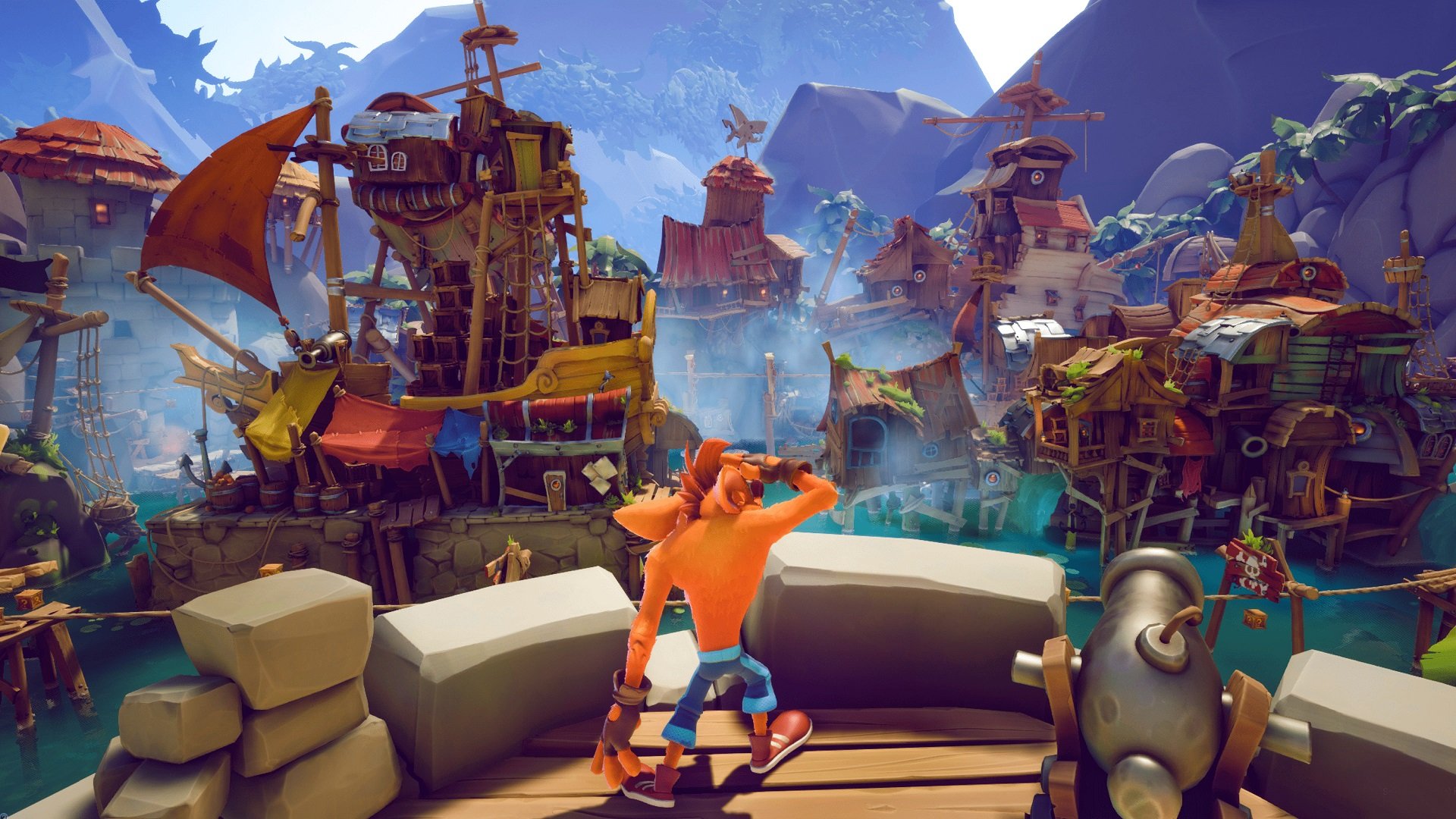 Yesterday, Sony held a State of Play event that highlighted a number of upcoming PS4, PS5, and PSVR games. The presentation began with a look at Crash Bandicoot 4: It’s About Time, and ended with an extended rundown of gameplay Godfall from Counterplay Games and Gearbox Software. In between, we got quick looks at many other upcoming titles, including Pathless, Bugsnax, and Spelunky 2.

Notably, Sony didn’t announce a firm release date or retail price for the PlayStation 5, but the company tempered expectations on this front ahead of Thursday’s event.

“We expect Sony to announce pricing and launch details for the PlayStation 5 in the next month, as units are already starting to ship from factories,” Daniel Ahmad, senior analyst at Niko Partners, told GameDaily.

For Niko Partners, whose analysis is concerned primarily with the Asian games industry, one of the more interesting aspects of Sony’s presentation was the inclusion of three Chinese games, and zero Japanese games.

“ANNO: Mutationem, the cyberpunk action game from Thinking Stars, is part of Sony’s China Hero Project that aims to fund unique Chinese developed games for the global market,” Ahmad said. “The new trailer looked great, and there was a lot of buzz about the game after the event.”

Ahmad also called out Genshin Impact by developer MiHoYo’s, which is its first attempt at a fully cross-platform, open world action-RPG.

“Microsoft is trying its best with Xbox Series X, but the past few months have revealed they are just too far behind Sony,” a new DFC report reads. “Consumer brand preference leans strongly towards PlayStation. As a piece of hardware there is nothing Xbox Series X is doing to change that perception.”

It’s not hardware that Microsoft is banking on for the next generation, though. Rather, the company has been building up a cross-platform brand ecosystem centered on its Xbox Game Pass and xCloud subscription services. For DFC, this strategy is a strong long-term play.

“In recent months it has become clear that Sony and Microsoft are pursuing two very different strategies in the video game industry,” the report reads. “The likely result is that the upcoming Sony PlayStation 5 should significantly outsell the Microsoft Xbox Series X. However, Microsoft may have the long-term winning battle plan.”

While analyst and social media reaction to Sony’s State of Play was largely tepid--especially in regards to Godfall--Sony didn’t necessarily need a heavy-hitting, knockout performance this week. As DFC noted, PlayStation already boasts staunch brand enthusiasm, and Sony’s momentum is strong coming off the heels of the hugely successful PS4. This week’s showcase may not have been Sony’s strongest, but they can’t all be winners.