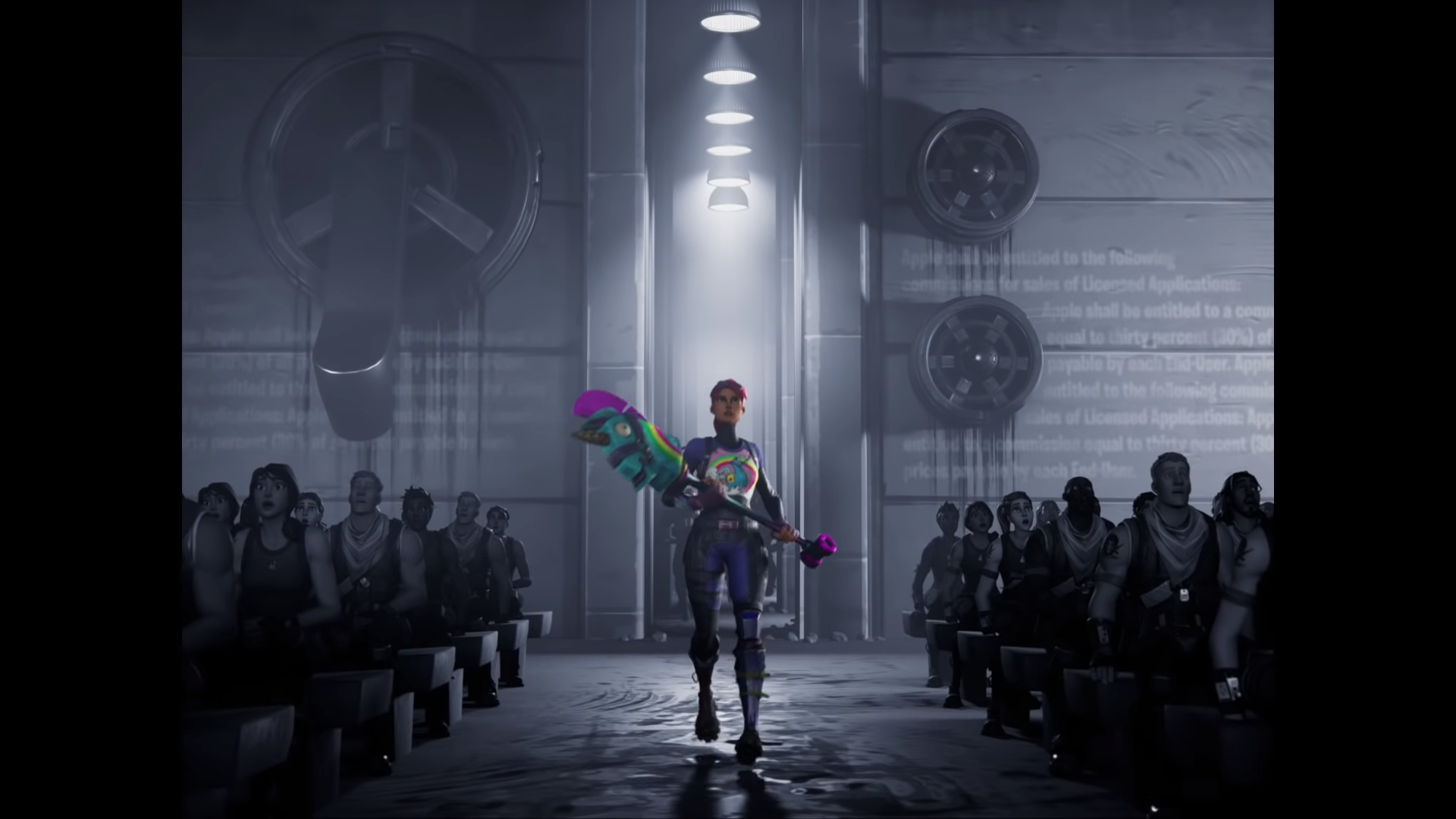 Last week, Epic filed a lawsuit against Apple after Fortnite was removed from the App Store following Epic’s willful disregard for Apple’s in-game monetization policies. Apple responded by attempting to revoke use of the Epic-owned Unreal Engine in games that feature in the App Store. Today a judge ruled against such action, however, stating that this move could negatively impact all the iOS games--and more importantly, the developers--that use the engine.

“Epic Games and Apple are at liberty to litigate against each other, but their dispute should not create havoc to bystanders,” Judge Yvonne Gonzalez Rogers said in a ruling.

Rogers’ ruling is a victory for Epic, who has painted itself as an underdog in a battle against Apple’s App Store monetization policies. A number of other companies, including Microsoft, have publicly taken Epic’s side in the conflict, resulting in favorable public sentiment for the Fortnite developer.

While such standing is undeniably powerful for drumming up public support, the legal potential is markedly minor, as noted by attorney Richar Hoeg of Hoeg Law in Michigan.

“The Unreal developers, including Microsoft, are a factor at the injunction stage, but probably not as much on the overall legal question,” Hoeg told GameDaily. “Expect to hear more from them during the preliminary injunction discussion in September.”

It’s important to note that Rogers’ decision to block Apple’s attempt to revoke the Unreal Engine is temporary, and can be discussed further after the primary lawsuit progresses beyond a certain point, Hoeg said. Until then, though, the early stages of litigation are likely to be “business as usual.”

“The overall decision is the kind of ‘baby splitting’ that is the norm at this stage of the proceedings,” Hoeg explained. “Fortnite doesn’t have to go back as modified, but the court says Apple can’t simply cut off Epic...for now.”

On the other side of the aisle, the court also denied Epic’s request to reinstate Fortnite on the App Store, stating that Epic willfully violated Apple’s terms and conditions by subverting their in-app monetization guidelines.

“The current predicament (with Fortnite) appears of its own making,” Rogers said.

Hoeg, who has been covering the case in his Virtual Legality YouTube series, said that the next step in Epic’s suit against Apple is the preliminary injunction. It’s essentially the same fight that’s been going on this past week, but we can expect to see more formal briefings now that each side knows roughly what the other intends to argue.

Whatever happens, though, Hoeg said Epic has an uphill battle ahead; its primary argument against Apple is that it holds an unfair monopoly over the mobile gaming market, but that may not necessarily be true.

“Antitrust law doesn’t just care about size,” he noted. “Size is not illegal, and nor is it illegal to be the monopoly provider of your own goods. What is illegal is using a monopoly position to unfairly restrain trade. Given that 30% of in-app purchases and control of ‘walled garden’ access is present in very many business models, it’s a tough claim for Epic to make.”

In response to accusations that Apple’s substantial holdings in the mobile games market creates an environment ill-suited to competition, Apple legal counsel Richard Doren said that consumers are free to choose to buy an Android device if they don’t like Apple’s business practices.

Rogers countered by noting that there is plenty of evidence that switching brands from iOS to Android can cause consumers to incur substantial costs.

As Hoeg pointed out, it’s still early days for this case, and everything prior to the start of official proceedings is nothing more than legal posturing. Come September, we’re likely to have a better picture of what the future of this case looks like.