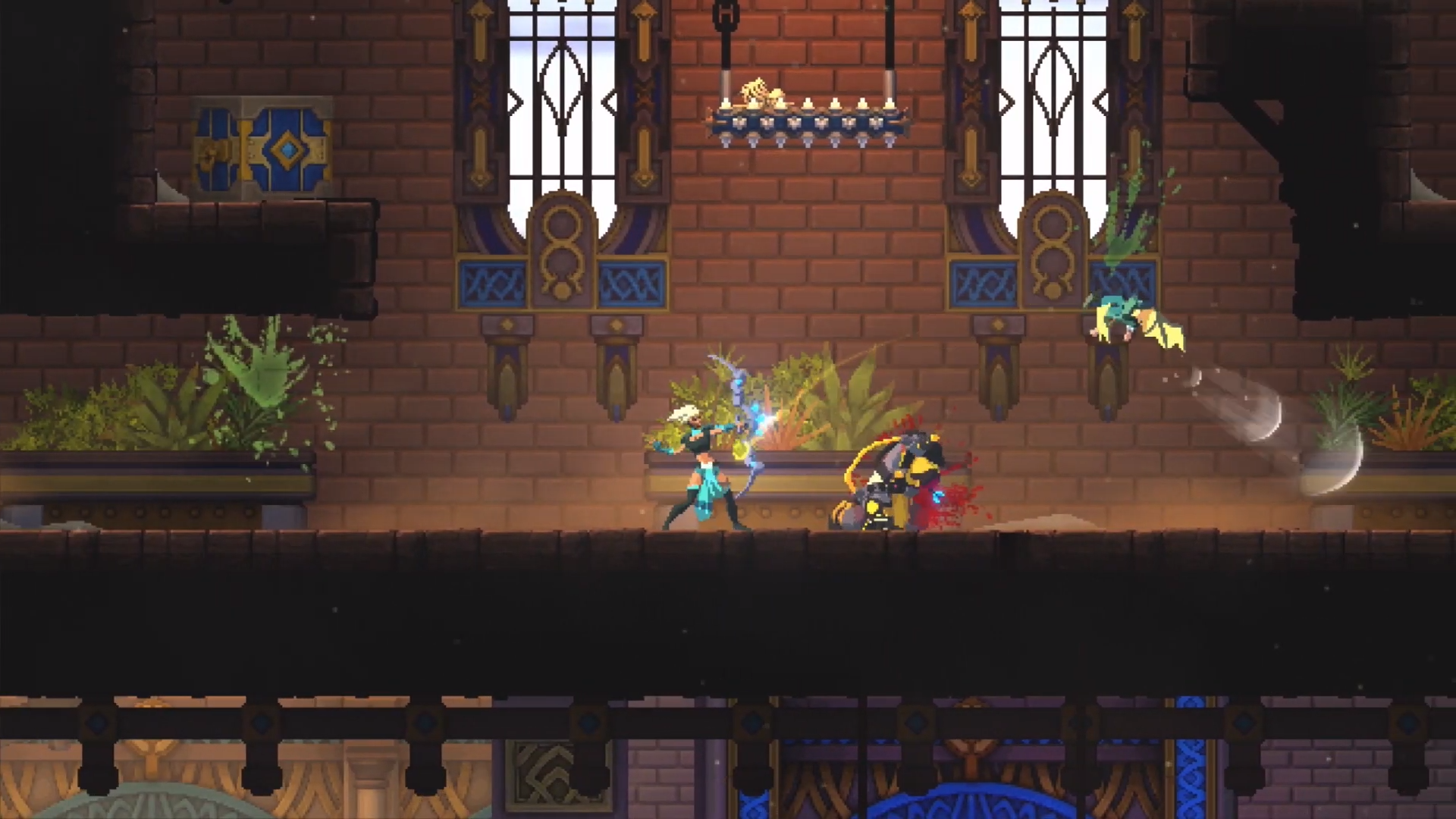 “It’s been a busy past couple of weeks around here. We’re in the final stretch now and focusing on polish for the console launch in October,” Michael Hammond, project marketing specialist at Big Blue Bubble, told GameDaily. “It’s been a lot of reaching out to media attending the event, scheduling staffing throughout the convention, creating an enticing booth to explore, etc. The Indie Arena Booth team did a fantastic job creating a robust set of booth creation tools that made the process of making a unique booth easy and representative of the game.”

The origins of Foregone came from Big Blue Bubble’s open-door game pitch policy, Hammond explained; anyone from designers to administrative assistants can submit an idea for a new game. Forgone began life as a pitch for a game called Rowan, which was submitted by a pair of Big Blue Bubble employees. After the idea was approved, a small team was assigned to flesh it out, and with some polish it eventually became Foregone.

“At the heart of the game, we wanted to create a retro platformer similar to those that many of us had grown up playing--think Prince of Persia, Metroid, and Castlevania,” Hammond said. “But we also wanted to take gameplay mechanics like the loot-based progression in Diablo and put them in a 2D platformer.”

Big Blue Bubble was also inspired by the fluid movement mechanics in Dead Cells and wanted to capture the same feeling for Forgone. Mashing all these elements together resulted in the product that we see today.

“The thing that excites me most about Foregone is that I’ve been playing it for months now, and I still find it incredibly fun to play,” Hammond said. “I’m constantly experimenting with new weapons as they drop and swapping between which abilities I equip before going out into the world, and it’s still just as fun.”

Hammond said that the build up to Gamescom has been hectic and stressful, but it’s a big opportunity for the team to show off its hard work. Normally, attending a trade show of this size is a daunting and expensive prospect, but the transition to a virtual format has made it far more accessible than normal.

“For our studio, the ability to attend Gamescom is huge,” Hammond explained. “Typically, as a self-publishing indie dev, travelling from North America to Europe for a show like Gamescom would be a difficult thing to justify. Unfortunately, what it ends up meaning is that we’re missing out on the opportunity to interact with a massive portion of the gaming community. This year, with the event being online, we knew that it was a great chance to meet with those people we usually can’t, and so when Indie Arena Booth accepted us, we were absolutely thrilled!”

An organization like the Indie Arena Booth is a huge boon to indie devs who must grapple with a host of challenges that AAA studios do not. Primarily, the issue of discoverability is an ever-present force in a games market that is becoming more and more crowded every year thanks to the ongoing democratization of game development.

“You can have the greatest game in the world, but if no one knows about it, then no one is going to play it,” Hammond conceded. “One method, of course, is to attend conventions like Gamescom. We viewed conventions as a great place to connect with passionate players and make some of our first fans. We’ve also been fortunate to work with great partners like Epic, who’ve been absolutely wonderful and done a lot to spotlight us while we’ve been in early access. For us, there’s been no one magic single approach to amplifying discoverability, but instead just trying to get out there as much as possible.”

Right now, that means promoting Foregone’s early access build on the Epic Games Store, and gearing up for the game’s console launch on October 5. Meanwhile, you can check the game out at Gamescom’s Indie Arena Booth until August 30.

Children of Morta charity DLC raises more than $50,000 in a week for Human Society International

"Acting meaningfully" is a core value for indie dev and publisher 11 Bit Studios. Pawel Miechowski, the company's partnership manager, talks to GameDaily about the charity campaign.

20 streamers will receive upgrades to their setups. StreamElements CEO Doron Nir discusses the initiative's purpose, and how the company is hoping to encourage diversity in the livestreaming sector.

The Unity Distribution Portal will automatically publish your mobile game on several Android-based stores all at once.

Global Top Round opens applications for its game acceleration program

GTR's Pontus Mahler talks to GameDaily about the program, how studios are selected for funding, and his frustrations with the shift to virtual events.