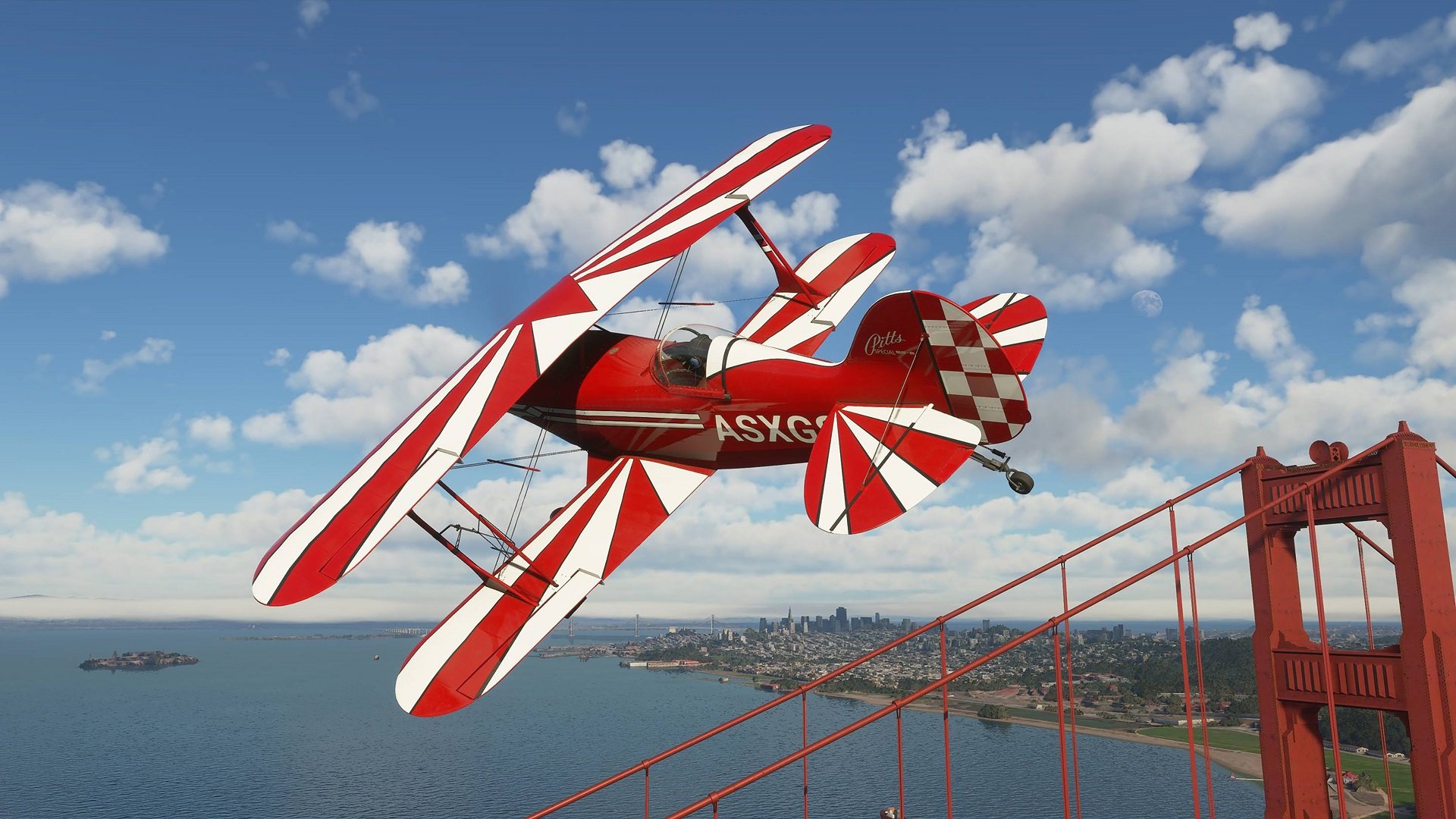 When Microsoft Flight Simulator 2020 launched last month, it was to critical acclaim and strong consumer enthusiasm. Lauded as a technical marvel, it has become a shining example of what PC games are capable of, and a convincing argument for the Game Pass service. In a new report examining the Flight Sim phenomenon and its potential impact on Microsoft’s games business, analyst group DFC Intelligence said that the title may be a catalyst for far-reaching effects.

Beyond simply boasting an impressive user base right out of the gate (it’s now the biggest launch for Game Pass for PC), one of the sectors analysts expect to benefit from Flight Sim is the PC hardware market. Last month, research firm Jon Peddie Research estimated that Flight Sim will help generate upwards of $2.6 billion in hardware spending over the next three years, a claim corroborated by DFC.

“Flight Sim is part of a play by Microsoft to get back into the PC game business,” DFC’s David Cole told GameDaily. “It had been a leader but walked away to focus on Xbox and console games. Meanwhile, PC games exploded. Instead of Microsoft becoming a leader we saw developers like Valve, featuring ex-Microsoft employees, build the Steam distribution system because of a lack of leadership in the area.”

Graphically, Flight Sim is a demanding game that requires at least mid-tier hardware in order to run smoothly, so that should help propel the market forward a fair bit. However, there’s another segment that stands to benefit: peripherals. Flight sticks from brands like Thrustmaster are more in-demand than they have been in years, resulting in significant shortages.

“The market for flight stick controllers is very niche, and of course dependent on major product releases,” Cole said. “Many of the new releases have been military/fighting sims, and even MMO games like Elite Dangerous. The launch of a product like Microsoft Flight Simulator will be a huge driver for market growth. It should grow the market by an order of magnitude.”

Microsoft had some impressive foresight in this regard. Ahead of Flight Sim’s launch, the company partnered with Thrustmaster to produce exclusive flight sticks that sold out in a matter of hours. Still, the peripherals remain in demand today, which has caused an explosion of the secondhand market.

If Cole’s prediction that Flight Sim represents an effort by Microsoft to grow its PC segment is correct, there remains a question of timing; Microsoft could be too far behind Valve and Epic at this point, he posited. However, the success of Game Pass could be an avenue for reentry.

“I think Microsoft definitely has a big opportunity for growth in the PC game space,” Cole said. “The question is ‘are they too late?’ Getting auto-play of Xbox games on PC is nice, but I think the Game Pass service is again the attraction. It is a compelling value at only $5 a month. Basically an entire year is the cost of one new game like Flight Sim.”

Flight Sim also highlights the potential of cloud gaming, and there are a couple reasons for this. First, the game’s real-time weather systems have resulted in some incredible photo ops. Second, there are some surprising practical applications for such technology. For instance, the West Coast wildfires are currently visible in the game, as was hurricane Laura last month.

Beyond that, the sizable computer specs demanded by Flight Sim puts a spotlight on cloud games services.

“Flight Sim is a perfect title to help drive cloud gaming,” Cole explained. “It is a very resource-heavy game, and many would-be consumers simply don't have the hardware. In our mind, cloud gaming is basically a way to get access to a game until you have the means to afford a high-end system.”

All told, Cole and DFC Intelligence said that Flight Simulator 2020 represents a bold strategy from Microsoft to reenter the PC market in a big way. Right now, Microsoft’s games business is dependent on the Xbox platform, which Flight Sim will eventually come to even if it doesn’t have a set release date. With the game’s impressive PC reception, though, we could be seeing a newfound effort by Microsoft to recapture a share of the PC space.