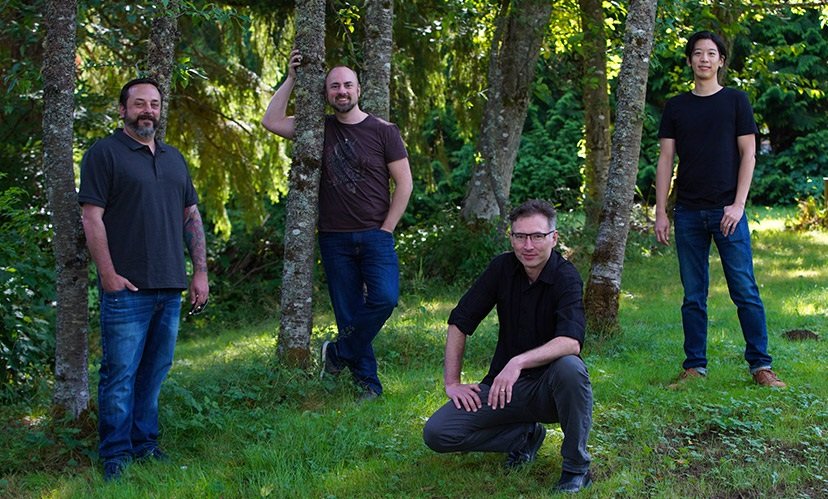 In 2016, former Bungie CEO Harold Ryan quietly founded ProbablyMonsters, a new take on AAA game development. It’s an umbrella company that encompasses separate development teams underneath, and this week ProbablyMonsters has announced the opening of a new studio whose first project is already underway. The name of the new studio has yet to be formally announced, but it will join existing labels Cauldron Studios and Firewalk Studios under the ProbablyMonsters banner.

Already, ProbablyMonsters boasts some top-tier talent among its family of studios beyond Ryan himself, and the new studio is no different. It is being led by four industry veterans (pictured above) whose backgrounds include stints at Flagship Studios, Runic Games, and Perfect World. The studio also includes devs from major studios like Ubisoft, LucasArts, Gearbox, and Blizzard.

“Our new studio will focus on creating next-gen co-op RPG games, and their first project is underway,” Ryan told GameDaily. “The studio leaders are people-first game developers who have collaborated together for over a decade on successful original RPG franchises like Torchlight and Borderlands. I’m very excited about their vision, and with the support and resources of ProbablyMonsters behind them they have a strong platform to create something really great as we build and expand the team.”

And expand it has. In April, ProbablyMonsters surpassed 100 employees, and with today’s announcement the company said that it is now 150 strong. When asked if he worries at all about expanding too quickly, Ryan said that things are currently progressing according to plan, which is something he and his team have put a lot of thought and effort into doing sustainably.

“Our track record over the past four years shows that we can scale and grow successfully while maintaining a healthy financial situation,” Ryan explained. “Overall, our studios are incredibly focused on developing new IP for next-gen, and growing our teams to deliver new player experiences that will inspire the next generation of gamers. This is driving growth that’s sustainable and planned, and it’s fed by the resources and needs of individual projects.”

By focusing on the co-op RPG genre, ProbablyMonsters’ third studio fills a very specific role, which is also the case with Cauldron and Firewalk. Cauldron’s focus is narrative titles, while Firewalk is aiming to capture a share of the multiplayer market. In addition to providing a varied portfolio of games, it also offers prospective new hires a handful of options.

“This third studio gives us three distinct types of player experience among our family of studios,” Ryan said. “Each studio is developing an original game with its own distinct player focus. This gives us a diverse portfolio and also offers incoming talent more choices to pick a project that fits their passion.”

The core of ProbablyMonsters’ business model is to “sustainably build and launch AAA games in a positive environment for developers.” The method is for ProbablyMonsters to handle all the executive and administrative duties so that the development studios can focus on building games. The goal is to prevent burnout and foster a creative environment where devs are inspired to create AAA experiences that fit within their vision.

When deciding on the focus of any new ProbablyMonsters development studio, Ryan said that it’s important to see what most excites the new leadership team. The studio is formed around a game director who shows up with a specific vision. Then, the team is built around this vision to ensure that everyone working on the game shares this vision. As such, each of the three studios is currently focused on a specific genre

“We have a consistent process every time we establish a new studio,” Ryan explained. “First, we build the studio and collaborate with the core team on what they’re passionate about, meaning what they want their project to be. In the case of the new studio, their passion and expertise is clearly co-op RPG. If you look at the worldwide impact of titles the new studio’s leadership team has driven, like the Torchlight franchise, and take that further with a larger and well-resourced team it’s an opportunity to accomplish something really special.”

The concept of “player experience” is an important pillar of ProbablyMonsters’ business philosophy, but Ryan’s primary goal is to set a positive example for the rest of the games industry. As the largest entertainment sector in the world, there exists a moral obligation for the games business to lead by example and treat its workers with empathy and respect.

“Video games are the largest entertainment category, and it’s time to evolve it by treating the artists and developers with respect, caring for their careers, their health, and their families,” Ryan said. “Putting people first should be the benchmark for the entire industry so that we see great games and healthy careers on a wide scale.”

The sentiment is admirable to be sure, but the success of any game company is predicated on its output. While we haven’t seen any of the games coming from ProbablyMonsters just yet, there’s no denying Ryan’s enthusiasm and the sheer pedigree of talent that makes up the family of studios. We certainly look forward to what the teams have in store.