The journey to Aerial_Knight's Never Yield: an interview with developer Neil Jones 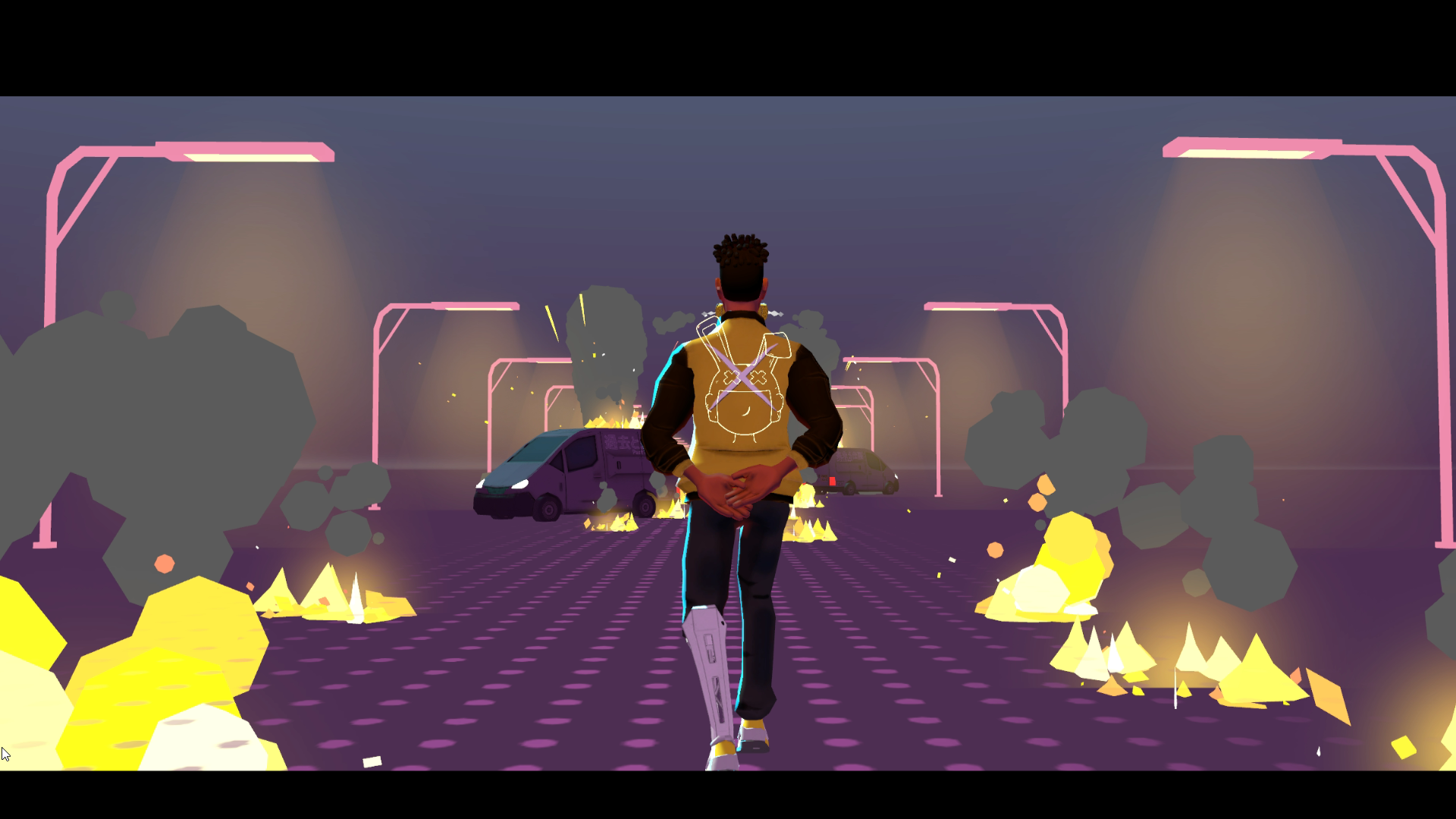 At Gamescom in August, indie developer Neil Jones, who works under the pseudonym Aerial_Knight, unveiled his stylish “narrative runner” Aerial_Knight’s Never Yield. It tells the story of Wally, who is “out to recover items from his past” and alter the course of a futuristic Detroit. To build Never Yield, Jones has been using the Unity game development engine, which he said has been very helpful to him as a solo dev.

“The online resources are very helpful to me, and with solo development, there is a lot you just have to figure out on your own,” Jones told GameDaily. “I have used Unity a lot before this, so it was something I was already a bit more comfortable with.”

Jones said that the inspiration for Never Yield comes from replayable classics like Sonic the Hedgehog and Canabalt. He wanted to use familiar gameplay elements as a touchstone to guide his unique take on the endless runner genre.

“I spent a lot of time trying to design something that people were familiar with but still left me a lot of room to make it my own,” Jones said. “I’ve been calling it a ‘narrative runner.’ The game plays like a runner with a lot more options for movement.”

It’s this movement and gameplay flow that defines Never Yield, Jones said. From the beginning, the goal was to create fluid movement for Wally and provide a game that feels good to play.

More than that, though, is Jones’ desire to show that Black characters and developers deserve a more prominent place in the indie space. Indie development is already a daunting prospect thanks to the notorious challenges of discoverability and marketing, but things are doubly hard for people of color in the industry.

“As an indie, it's so hard to get people to notice you. Add being Black to that, and the difficulty is turned up a lot, mostly from people just writing you off,” Jones explained. “The game industry has made me feel like I wasn't good enough or just didn't belong for the past ten years, and if this game makes any money at all, it will forever be proof that the industry was wrong, and I’ll be hopeful that people can learn from my success.”

When things get challenging for Jones, he turns to his friends, who have been a source of respite for him during the development process.

“I’ve had a lot of help from my friends while making this game. Even though it looks like a simple game, there's so much that’s gone into it. Whenever I hit a roadblock, I always had a friend I could call to help me get past it. That's why networking and making friends is so important.”

Such a network doesn’t alleviate all the rigors of solo development, though. Jones said that there’s been no outside funding until recently, and that he’s been working two to three part-time jobs to pay bills while working on Never Yield at night.

And then, of course, there are the moment-to-moment challenges that accompany game development on any given day; coding, asset creation, and the like. Jones said that he tries not to let these things get under his skin, though.

“One of the biggest things I’ve taken from this process is not to sweat the small stuff,” he explained. “What I mean by that is, there is always going to be some art or UI or model that I want to spend a lot more time on, but in the end, most people won't care. With stuff like games, time is all that matters.”

By all accounts, development on Never Yield is progressing smoothly, and Jones hopes to have the game ready for launch in early 2021. There’s no concrete date just yet, but Jones said to keep an eye on his Twitter for updates.