Escaping the Underworld: Supergiant's Greg Kasavin on the development and success of Hades 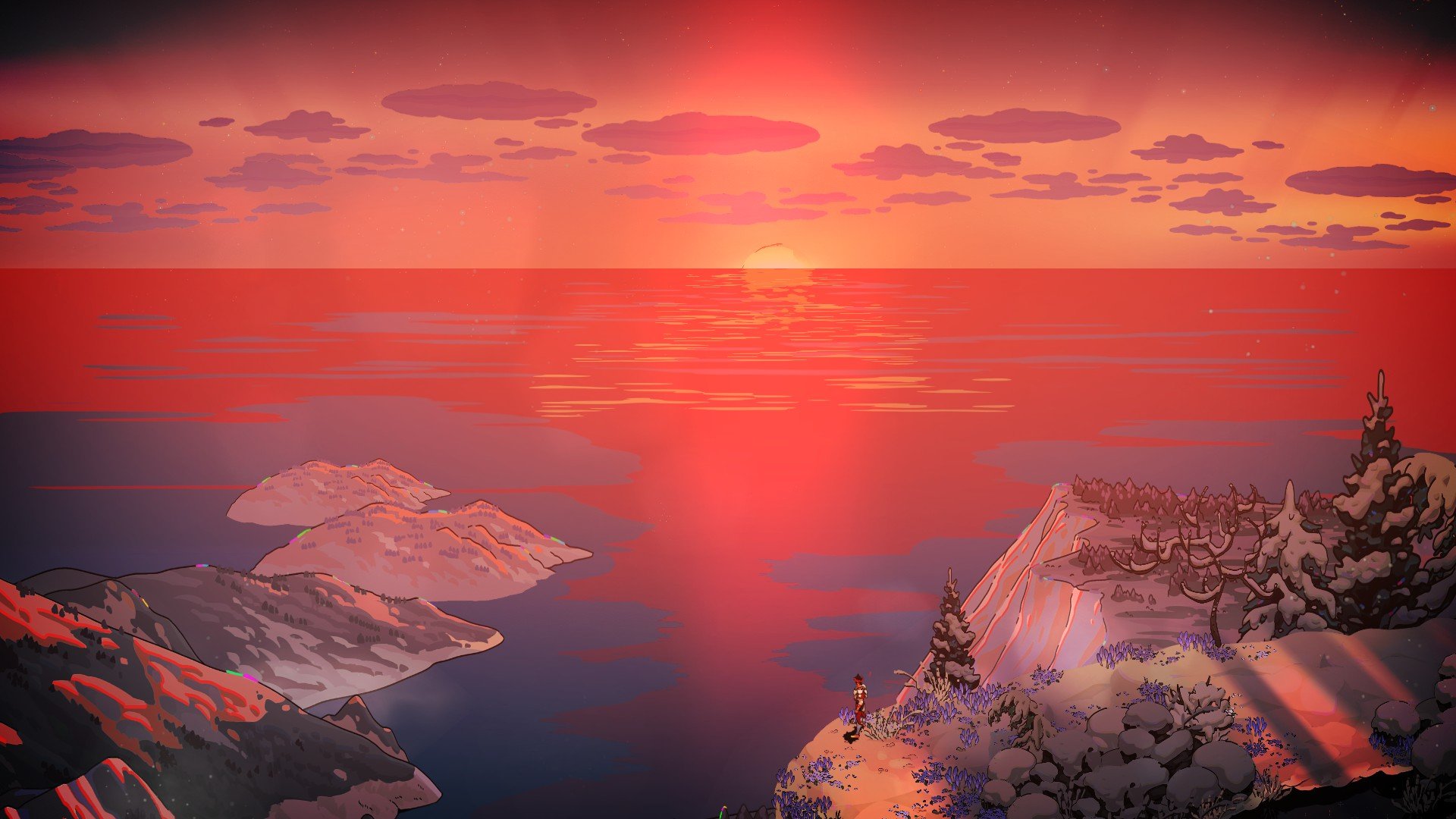 Last month, Supergiant Games officially launched Hades, a rogue-like set in the Underworld of Greek mythology. Upon release, Hades became Supergiant’s most successful game launch, an impressive feat for the indie studio behind beloved hits Bastion, Transistor, and Pyre. According to a Tweet in late September, Hades has sold more than 1 million copies, with more than a third of that total coming in the weeks following the 1.0 launch.

To achieve this success, the Bay Area-headquartered Supergiant Games utilized a lengthy early access phase for Hades. For two years, the development team polished and iterated on the game based on player feedback, a process that was hectic, yet rewarding, according to Greg Kasavin, creative director at Supergiant.

“Early access meant we could get plenty of feedback across all aspects of the game very quickly,” Kasavin told GameDaily. “No stone in the game was left unturned by our keen-eyed player base. It meant we could confidently focus our development on aspects of the game we knew would be meaningful to our players. While the early access development process was rigorous and the pace was quick, we can't argue with the results.”

The roots of Hades, that is the core concept of “rogue-like set in the Greek Underworld,” date back to July of 2017 and the weeks following the release of Pyre. Kasavin said that the team at Supergiant conceptualized Hades very quickly, and that the early access strategy was baked in from the start. The studio wanted to “build in partnership with our community, and test our initial ideas sooner.”

In Hades, players take on the role of Zagreus, the son of the titular god, who is determined to escape his father’s realm. Naturally, he is met with opposition in the form of the denizens of the Underworld, who, under Hades’ command, throw themselves in hordes at Zagreus. Inevitably, the player is eventually taken down, and Zagreus reemerges into the House of Hades from the river Styx, ready to attempt to escape once again.

This is the core loop of Hades. The prospect of escaping the Underworld and reaching the surface is the carrot on the stick, but it’s the story and characters that ultimately endear themselves to players, giving them a reason to gobble up the lore crafted by Supergiant’s writing team.

“As a lifelong fan and student of Greek myth, I’m not being hyperbolic when I say it felt like an honor to have an opportunity to write these characters and this story,” Kasavin explained. “We were drawn to telling a story about family while using the Greek gods as central characters, recognizing they may just be the ultimate big, dysfunctional family.”

This dysfunction is on full display throughout the House of Hades. Between escape attempts, Zagreus can speak with the characters living there, and learn about their backgrounds and their relationships with one another. Megara, Nyx, Achilles, Orpheus, Hypos, Cerberus and more all reside within the House of Hades, and provide flavor and insight into the game world.

“Our foremost goals with these characters was empathy and authenticity. We really wanted for players to understand who they all are, and why they are the way they are; how they view the world,” Kasavin said. “Our chief inspiration for them was classic myth, so they are based on the oldest source material, less so on modern depictions. I think these ancient sources are key to why these gods and heroes are so compelling as to still be relevant thousands of years after their tales were first told. They are messy, complicated characters. I think we see ourselves in them.”

Among the roster of characters based on classic Greek myths is a smattering of original creations, such as Dusa, housekeeper for the House of Hades. She’s a gorgon, which is a creature with roots in mythology, but her characterization and design are decidedly more lighthearted than the source material might suggest.

“Dusa was one of the first characters we put in the game,” Kasavin said. “She's a character we took relatively more liberties with than many others as far as source material is concerned. With her, we drew from another tradition: floating gorgon heads in dark-fantasy action games. Given the Greek myth roots of gorgons, we saw an interesting possibility of a connection there in Hades.”

From goofy to serious, there is a full range of attitudes on display in the characters of Hades, a conceit that Kasavin said was important to the overall experience. Supergiant’s art director Jen Zee, who did all the character design, was intrinsic to establishing the tone of Hades.

“The lighthearted quality of the game was important,” he explained. “Despite the seemingly dark and gloomy appearance, Hades is meant to be a fun-loving sort of game that you come away from feeling good about. As such, characters range in tone from serious to silly. To me this is partly a function of the genre. Rogue-like games have an inherently slapstick, comedic about them, and we wanted the tone of the story to match the tone of the play experience.”

The decision to build a game that takes place in an established setting is a departure for Supergiant, whose previous games all occur in original worlds. For Kasavin, the prospect of utilizing a known entity like Greek mythology was an exciting opportunity.

“We chose to adapt Greek myth because it seemed like an ideal setting for such a game, and because I and others on the team love mythology,” he explained. “We wanted to see a particular type of story told in that space that we hadn't seen done much before. Having created original settings in our first three games, the idea of adapting an existing mythology also felt like an exciting new creative challenge.”

The rogue-like genre felt like a natural fit for such a setting, Kasavin said, and for the early access launch strategy. A game that involves a self-contained loop lends itself well to player scrutiny as repeated visits to the same locations and interactions with the same characters over time are sure to reveal inconsistencies.

Another influencing factor in this regard is the fact that, at the time, the team at Supergiant was enamoured by popular rogue-likes like Slay the Spire and Dead Cells. Where Hades separates itself, though, is through its emphasis on permanent player progression. Traditionally, rogue-likes strip the player of all progress upon death, but Hades has a number of systems in place to lend a sense of forward motion. These include upgradable weapons and character enhancement, in addition to a persistent narrative complete with a definitive ending.

“We chose to make our game a rogue-like dungeon crawler both because we love such games, and we wanted to see if we could make the thrills of this style of game available to more players through our approach to narrative and by having a sense of permanent progression built into the game,” Kasavin said.

This is the attitude that formed the foundation of the Hades experience. Supergiant’s design philosophy, Kasavin said, was that “every run should count.” In other words, players should never come away from a playthrough feeling they wasted their time.

“Knowing that dying and restarting would be a big part of this game inherently, we wanted to make that experience as interesting and un-frustrating as possible, through having a continuous story that mostly unravels from one playthrough to the next, as well as permanent progression systems you can access after you die,” he said. “Returning to the House of Hades between escape attempts often makes you intrigued to give it another go and see what more you'll find the next time around.”

Of course, emphasizing narrative within a rogue-like presents its own share of challenges. After all, they’re games that can be played “forever,” and including a definitive endpoint for a story raises the question of how to keep people playing after the credits roll. One of the answers is the Pact of Punishment, a system that allows players to fine-tune the difficulty level to their liking.

However, Supergiant never intended to pressure players into giving Hades their time, and that there are several potential “stopping points” in the story that provide a narrative offramp.

“We did want the true ending to serve as a valid, satisfying end point for many players,” Kasavin said. “While there's a lot of exciting stuff waiting to be discovered past that point, we're mindful that players have limited time, and we didn't want players to feel pressured to have to keep going just to get to some sense of closure. So, we have several key moments that are intended to provide that sense of closure, so that players can comfortably move on from the game if they so choose. Or, if you're invested and want to continue playing, hopefully your experience only improves.”

With Hades officially out the door, Kasavin said that the team at Supergiant is working on a few quality-of-life patches and the cross-save functionality between PC and Nintendo Switch. By and large, though, now is a period of rest, and Supergiant is prepared to take a much-needed break before embarking on the next adventure. What form that will take is still a mystery, but Kasavin said that the team learned a great deal from developing Hades.

“This was the first of our games that we planned more deliberately from the start. I think the planning process made it so we could hit the ground running, and we never really lost momentum from there. Having a clear sense of what we wanted to achieve from the start of the project really helped us keep moving forward on this one.”

Overall, Kasavin is deeply proud of the Supergiant team’s work on Hades. From harnessing the developmental power of early access, to shining a light on the underrepresented gods of Greek mythology, he’s emphatic that the team’s passion elevated the game to the critically acclaimed product it has become. Clearly, Supergiant has escaped the Underworld with this one.