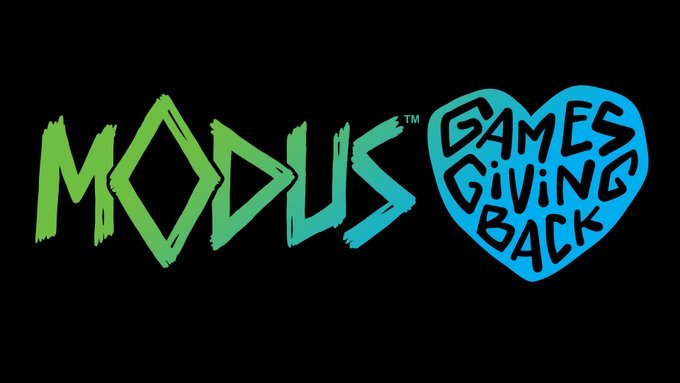 This week, California-based indie publisher Modus Games announced Games Giving Back, an ongoing initiative aimed at raising money for a series of charities. It kicked off on Wednesday, October 21 with a livestream of Rock of Ages III: Make & Break, with all donations going toward the Exceptional Women Awardees Foundation (EWA).

For Christina Seelye, CEO of Modus, the Games Giving Back initiative represents a chance to leverage the world's most popular entertainment medium into a force for good, a position that she doesn’t take for granted.

“Thanks to indie game fans worldwide, we’re in the fortunate position to have the resources available to help others, and so we should,” Seelye told GameDaily. “Video games allow us the opportunity to express ourselves, to escape and unwind, to have fun and to connect with one another. Modus wants to build that connection in a more impactful way with the community that supports us by giving back to causes we care deeply about.”

The choice of the EWA as the first beneficiary of Modus’ new initiative stems from the backseat women have been forced to take in the world of business leadership. Historically, executive positions occupied by men, not just in the games industry, but throughout the corporate world. Seelye said that it can be difficult to become what you don’t see modeled by example, and that young women need to know that they can fill leadership roles. This is the core of the work done by Exceptional Women Awardees.

As for the decision to roll out the Games Giving Back initiative with Rock of Ages III, Seelye said that the metaphor was too good to pass up.

“I think most of us have a woman (or several) in our lives we consider vital to the foundation of who we are--a mother figure, mentor, colleague, friend, whatever the case may be--someone who we can count on as a ‘rock’to lean on and to help encourage and support us as we drive toward personal or professional success,” she explained. “Rock of Ages III seemed like a fun way to associate that concept of women strengthening and empowering other women foundationally.”

Moving forward, Modus intends to make the initiative a permanent part of its business. In the future, Seelye said the company plans to work with a number of charity organizations, and that it’s important to diversify the range of nonprofits that will benefit from these efforts.

“We thought it was important to ensure diversity in the charities we’ll be supporting while making sure Modus could proudly stand behind what each organization represents. We also sought a lot of input from our team and the dev teams with which we work for future charities to consider.”

The decision to launch Games Giving Back now is no coincidence. 2020 has been a very trying year in many ways, a conceit that is not lost on Seelye.

“2020 has been a difficult year for a lot of people, but it is also a great reminder of humanity persevering and adapting together through adversity and change,” she said. “If we can help even one charity make a truly positive impact during these uncertain times, then I’d consider this program a success.”

There’s no timetable on the reveal of the next Games Giving Back event or charity, but Seelye said to stay tuned to Modus’ various social media channels.