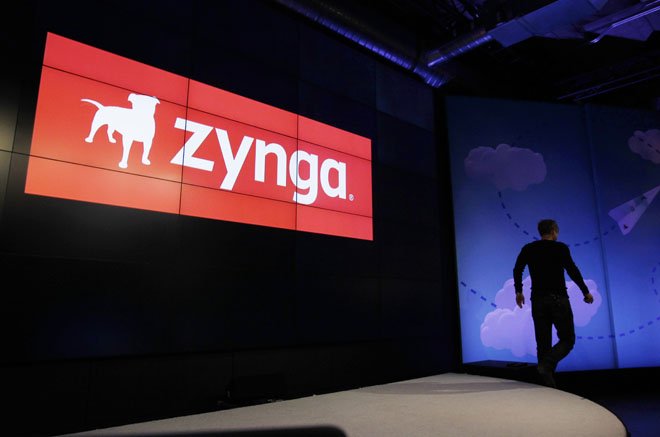 Disney is looking to Words with Friends and Farmville publisher Zynga to take on one of its biggest licenses. Beginning with the four-year-old Star Wars: Commander (a base-building game like Clash of Clans), the publisher that brought us Mafia Wars is taking on a galaxy far, far away.

Disney has had problems defining its interactive entertainment identity over the past few years. The rapid drop-off in the toys-to-life genre led to the cancelation of franchise mash-up Disney Infinity, costing Disney $147 million. Layoffs followed, as the House of Mouse shuttered developer Avalanche (since reopened under Warner Bros.) and pared its focus to EA’s core games and in-house mobile publishing.

Disney has farmed out development on a number of titles, including Disney Heroes: Battle Mode, and maintains a partnership with Square Enix for console and mobile Kingdom Hearts games. The growing library of Disney-owned Marvel mobile titles are also largely developed under license, with FoxNext, TinyCo, and Kabam bringing a range of genre offerings to app stores.

Star Wars: Commander was developed in-house at Disney, though. Zynga’s UK-based NaturalMotion will take over ongoing development duties. The studio is also leading production on new titles in the Star Wars universe. Thanks to the announcement, Zynga’s stock surged 10 percent.

“Star Wars is one of the most iconic franchises in the world and has engaged generations of fans for decades. As game makers and moviegoers, we’re huge fans of Star Wars and are excited to create new experiences for players that bring this beloved brand to life,” Gibeau said in a prepared statement. “We look forward to extending the reach of the Star Wars universe and developing a new mobile game that entertains players for years to come and has the potential to be a future forever franchise for Zynga.”

This marks a shift for the way Disney handles Star Wars games. While Zynga is new to the franchise, the man at the top certainly isn’t. Zynga CEO Frank Gibeau spent 25 years at EA and was instrumental in the publisher securing the Star Wars license for games like Star Wars Battlefront. Gibeau’s last role at EA before departing was leading the mobile games division, during which time, the publisher launched the lucrative Star Wars: Galaxy of Heroes.

EA’s deal with Disney also included mobile and social titles, though that wasn’t explicitly stated in the 2013 announcement. Zynga’s new role in the Star Wars franchise doesn’t impact EA’s relationship with Disney, according to a company spokesperson.

“Our relationship with Disney and Lucasfilm continues to be very strong,” EA tells GameDaily. “We have a lot going on now with continued updates for Battlefront 2 and Galaxy of Heroes, and there’s even more coming from our partnership, like Jedi: Fallen Order and other projects that we are excited about in the future.”

While there is a vocal minority stomping feet over the handling of recent Star Wars films, the film franchise is driving interest in game offerings. According to a December 2015 AdWeek story, the 22 available iOS apps available when "The Force Awakens" opened experienced a collected 50 percent jump on the Friday of opening weekend compared to the week before. The top three games: Star Wars: Galaxy of Heroes, the now-defunct Star Wars: Force Collection, and Star Wars: Commander.

The Skywalker Saga concludes in 2019 with Episode 9, but Disney still has big plans for the Star Wars universe. New films, television shows, characters, and settings are fuel for the video game machine. We have some time to wait before EA’s Respawn-developed Jedi: Fallen Order and another game, previously under Uncharted creator Amy Hennig’s leadership, arrive. With the current pace of mobile game development, fans will likely be able to turn first to iOS and Android for their next Star Wars fix.