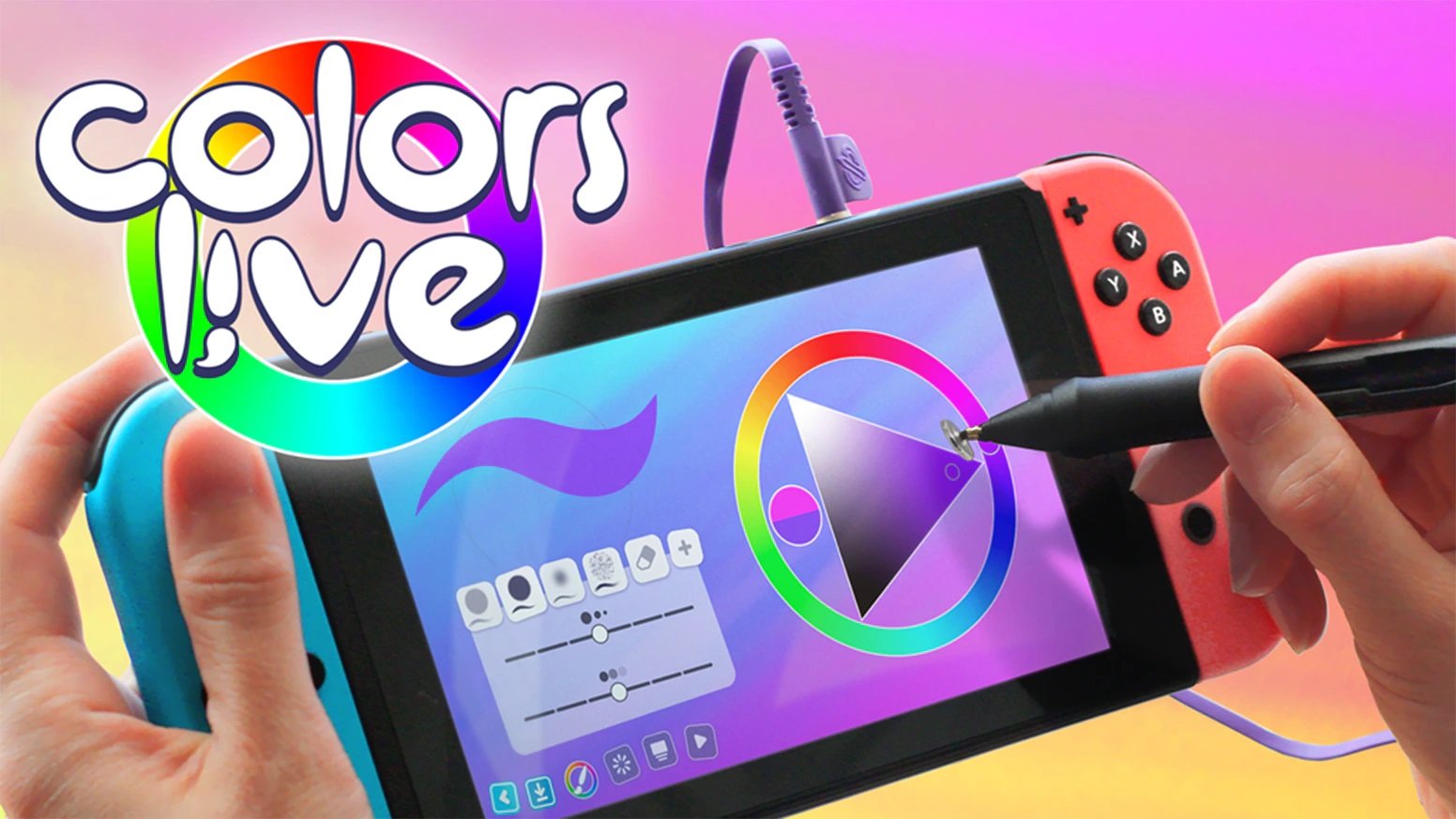 Before Jens Andersson decided to depart from Starbreeze Studios, a company he helped build, he left his mark in considerable ways. Most noteworthy is his work as lead programmer on two critically acclaimed games that would later be considered cult classics of their console generations: Chronicles of Riddick: Escape from Butcher Bay and The Darkness. But as time went on, he grew disenchanted with the experience of AAA development.

“Depending on the situation, it can become a little bit too much of the same. 95% of the effort you put into a AAA game is just replicating your last, and 5% is on making new, cool stuff. It’s such a huge machinery, it’s so hard to control,” Andersson told GameDaily. “So many external factors decide if it comes to a good game or not.”

After leaving Starbreeze, Andersson’s focus shifted from large-scale AAA games to experimenting with his own creations. His first was a popular homebrew painting app for the Nintendo DS called Colors. Internet forums allowed Andersson to put out test builds, get feedback, interact with individual members, and release new builds to help fix any problems called to his attention. It was a much different experience than what he was used to at the time.

“That’s such a rewarding way to work, but you can’t do that in AAA development for obvious reasons.” He realized a smaller project like Colors allowed him to focus on new things, which he had grown tired of not being able to do. “That was sort of my transition.”

Although he liked the change of pace, he eventually realized it wasn’t without its own set of challenges. “I discovered at that point, it gets tedious after a while to work completely on your own.” After he was given an opportunity to work with LucasArts, he moved from Sweden to the United States. And while he considers his year-and-a-half stay there to be amazing, he admits it was also frustrating for the same reasons he initially felt with Starbreeze. “That pretty much just gave me the reminder why I left AAA in the first place.”

Once he founded his first studio, Collecting Smiles, Andersson created Colors! 3D, a 3DS successor to the DS app. This time, however, it received a proper release on the eShop. Not only was it critically successful-it still sits as the 10th highest rated 3DS game of all time on Metacritic and was the best reviewed 3DS game the year it released--it found an online community of artists that’s still very active to this day, and topped the sales charts for 4-5 weeks.

Colors! 3D was released in 2012 and since then, players have been begging Andersson for a followup on Nintendo Switch. Unfortunately the Switch doesn’t have a dedicated stylus, much less a well-built one, which was his main factor for not pursuing the potential project. “It was just a subpar experience,” he said, referring to touch-based painting without a stylus. “Colors has been on iOS since 2008. You can see some of the people going there and painting these amazing things, so obviously limitations are not really a barrier to what you can create. But I just feel that it's much less fun to paint with your finger than with a pen.”

Soon, though, a partnership presented itself with Hong Kong-based GreenBulb, manufacturer of the SonarPen--a unique wired stylus that offers true pressure-sensitivity via a device’s audio port. That’s when Andersson knew he could finally bring Colors to the console without sacrificing what he considered a key aspect to its enjoyment.

He had previously met Elton Leung, the SonarPen’s creator, through Colors! 3D. “He’s an inventor, and he did these small, gadgety things,” Andersson said. “One of them was a slightly bigger stylus for the 3DS. He contacted us asking if we could do some type of collaboration, so we gave out his stylus as a prize for a weekly challenge. We sort of had this ongoing [relationship], we talked every once in a while.”

Then, a little over two years ago, Elton contacted him about the SonarPen he was working on. “He asked me to implement support for the iOS and Android versions of Colors. At that point, I sort of realized it was the tipping point for what would make sense for a Switch version. It suddenly fulfilled that requirement I had and kind of made the product a little more interesting.”

Once he partnered with GreenBulb to make a Colors variationthat utilized the SonarPen, Andersson turned to Kickstarter to help fund development of Colors Live. Although Collecting Smiles had high hopes about the end result, they weren’t entirely sure what to expect. To say the campaign was a success is an understatement; it made just under 1600% of its initial funding target and met every single stretch goal. Andersson credits much of this success to the Colors! 3D community. The biggest surprise, though, was the press that campaign was able to get.

“The Verge, Engadget, even lifestyle magazines [wrote] about it, which is super cool,” he said.

But it wasn’t enough for this new Switch iteration to follow in the footsteps of previous entries. Andersson wanted to build upon the foundation that had already been laid.

“One of the most rewarding things when we announced Colors Live was the amount of people who sent us heartfelt comments telling us about how Colors was their first digital painting experience.” Some, he said, now even work as concept artists. “You can imagine the kind of motivation that gives you as the designer and creator of this kind of tool. It’s one of the most important projects I’ve ever worked on because of that.”

He credits how Colors gets new artists to try out digital painting to it being intuitive and easy-to-learn, as well as its availability on a gaming console.

Despite the program being easy to start, encouraging lapsed artists to get back into painting can still be a challenge. Blank canvas paralysis--wherein the limitless possibilities of creativity lead to some experiencing a roadblock--was a serious problem he wanted to address. This led to a new mode called Colors Quest, which functions similarly to a single-player campaign and allows Andersson to gamify creation and motivation.

Colors Quest has you traveling a world map to reach The Tower, completing timed artistic challenges once a day in order to advance. These challenges act as intentionally ambiguous art prompts--“colorful stacks”, for example. There’s no right or wrong way to interpret the theme; it’s only there to nudge players in a direction to help them explore their creativity. Other challenges might include stricter parameters, such as a predetermined color palette or restriction to a specific brush.

However, Colors Quest left Andersson with yet another problem: how can you score someone’s personal creativity? Rather than creating an algorithm that could be taken advantage of, his solution was to let the community judge. Players have the option to anonymously submit their painting to the servers, where it will then be included with three paintings from other players for the same challenge. The community selects their two favorites of the lineup given to them, and repeated use allows the system to gather information to score appropriately. In order for the score to be properly processed, results take a full 24 hours before being made available.

Perhaps the most ingenious part of this system is that rather than scoring you against other players on the same prompt, the game instead scores you against yourself over time. Colors Quest learns how well you normally do a challenge, and then assigns you with a bronze, silver, or gold medal along with your score. Getting a gold medal means you scored higher than what the system expected, while bronze means you scored a little lower. Anonymity is provided in an effort to help reduce anxiety, but Andersson wanted to include the option to bypass uploading and skip scoring entirely without making anyone feel ashamed or punished. “At least they can still go through the challenges, even though they don't get a score, just for inspiration. I want to catch those people, too.”

Since challenges are limited to once a day, and each has a set time limit, they accomplish another one of Andersson’s goals:helping people establish a routine. Part of his inspiration for Colors Quest is an exercise called speed painting, which many artists use to either warm-up before working or to help themselves improve. As a whole, Colors Quest has the potential to not only help artists form a daily habit, but to also let them see their personal progress as they improve over time. It’s perfect for those who want a painting app but also need a little sense of direction.

The ambition of Colors Live showcases how far the series has grown since its early days as a homebrew DS app, and, by extension, Andersson’s own growth as an indie developer. With 22 years of experience under his belt, he’s witnessed the rise of indie gaming firsthand since his departure from AAA development. In fact, when Colors was first released, indie wasn’t even a term anyone used--he happened to come into the scene right around its genesis. “Self-publishing,” he said, “wasn’t a thing back then.”

Today, indie projects continue to be more and more common, and the landscape has changed significantly over the years.

“[Now] there’s such a wealth of indie development going on of all calibers, of all shapes and forms; everything from the one-man studios who know nothing of video games and still manage to make one, to 10 super-experienced AAA developers leaving their studio, starting a new one, and making a game. That’s something very prominent now that didn’t use to be, very experienced people jumping ship from big studios and going indie. That obviously brings a lot of experience and knowledge that helps when you're making any kind of product.”

“Here in Stockholm we have a great community called Stockholm Indie Devs and we just get together and meet up, present our projects, talk about stuff,” Andersson said. “And there's a lot of information sharing in terms of, how do you market, what kind of tools are you using, all that kind of stuff. Because the indie scene has matured so much, this stuff crops up and makes the whole thing a little bit easier, which is great.” To explain this evolution more, he highlighted his admiration for Fall Guys developer Mediatonic. “They knew the risks they were taking, they made very conscious business decisions to sort of safeguard against failure and [things] like that. Just, you know, good business. And they were rewarded for it. That kind of stuff, I don't think we had earlier.”

Although developers with a longer history in the industry have started to go indie, he clarified how he felt the scene has plenty of room for everyone regardless of their level of experience. “We still have this kind of super creative, one-guy things coming out. There's still room for that. So I really think we are in the golden age of game development right now. Because anyone with a computer can go create a game [that’s] a hit.” 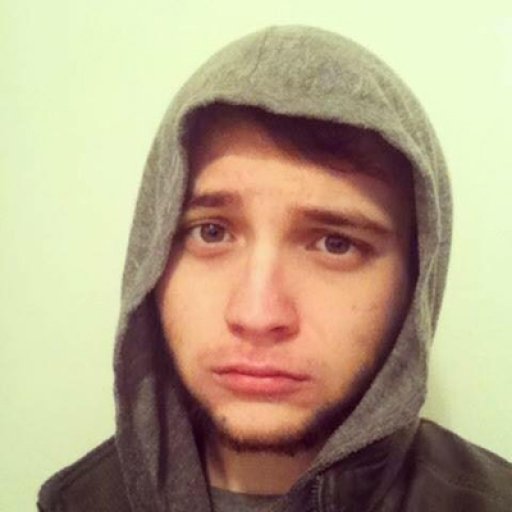