The state of Game Pass: Microsoft leans into its ultra-popular service 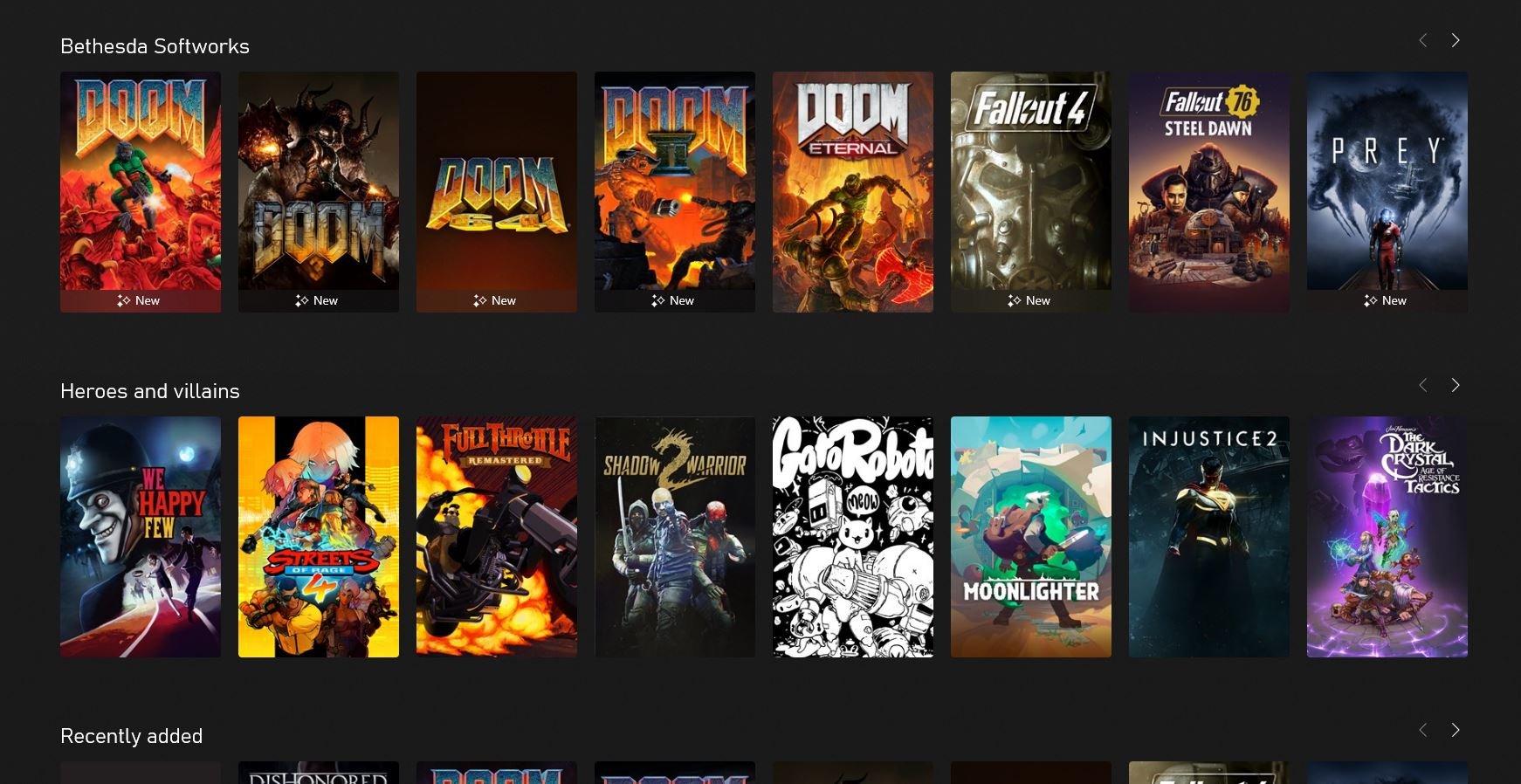 It’s been a banner year for Microsoft’s Xbox Game Pass service. Once seen as a gamble, the subscription platform has grown to become the centerpiece for Microsoft’s overall games business. This meteoric rise in prominence reached new heights earlier this month when a stable of Bethesda games arrived on the service in the wake of Microsoft’s completedacquisition of the mega-publisher.

For many analysts, Game Pass is viewed as one of the best values in games. For $15 a month (for the Ultimate plan), subscribers gain access to a rotating offering of games, several of which are highly-anticipated, AAA launches. It’s a philosophy embodied by the recent announcement that the upcoming Outriders from developer People Can Fly will appear on Game Pass upon launch.

“Game Pass is a great product, and one that has really resonated with consumers,” Louise Shorthouse, senior analyst at Ampere Analysis, told GameDaily. “In our consumer research, a lack of enjoyable content was a much less common reason for churn than on other subscription services such as PS Now. Gamers are loving the content, and it enables them to try games with minimal risk, which is then great for the developers who are gaining much greater exposure.”

Shorthouse said that the millions of subscribers amassed by Game Pass speak for themselves; the market is ripe for subscription services that provide seeming value to its customers. But in order to keep people coming back, Microsoft needs to continue supporting Game Pass, which entails substantial capital and human resources.

“Microsoft is pumping vast amounts of money into the service,” Shorthouse explained. “Sony itself recently said that adding new releases to such a service on launch day is simply not sustainable, and so not something they will be doing.”

This, of course, raises a question of longevity for Game Pass. If Sony’s belief is accurate, just how far can Microsoft take its service? It’s built its current-gen business around Game Pass, but is it sustainable? Shorthouse has some doubts about its financial feasibility, but Microsoft’s other business sectors have the potential to offset any losses in that regard.

“When you add in factors such as cloud gaming infrastructure, the costs go up. Maybe Game Pass itself is not profitable, but it benefits Microsoft in other ways, such as welcoming new users into the Xbox ecosystem, capturing mindshare, enhancing the Xbox brand”

Capturing the mindshare, though, requires content that users feel is worth their investment. This is a segment that PlayStation has traditionally led, but Microsoft’s studio buying spree over the last few years appears to be an effort to address this differential.

“The addition of Outriders to Game Pass on launch reaffirms the image of the service as the place for desirable content, i.e. high profile new games,” Shorthouse said. “I think this is the first time Game Pass has welcomed a AAA game from a big third-party publisher on release; Microsoft is upping its game--and its investment.”

Overall, the market for game service subscriptions is booming, and Game Pass is clearly one of the leaders in the sector. It’s a trend that is likely to continue for some time, especially as Microsoft continues to pour resources into expanding its offerings. Expect this to be a closely-watched trend moving forward.