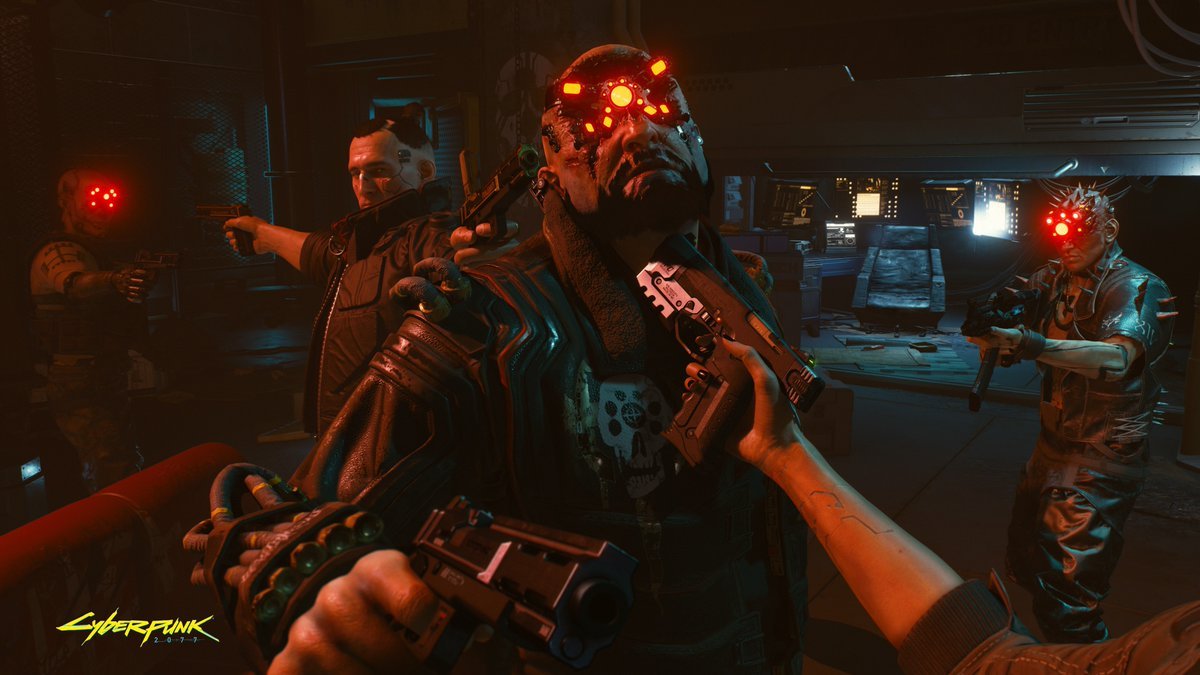 Cyberpunk 2077, the much anticipated RPG from the developer of The Witcher series, Poland-based studio CD Projekt Red showed off a brand new look at the game, closing the Microsoft showcase at E3. Press got an extended behind-closed-doors demo that was praised to the highest of high kingdoms and again last week with a demo at gamescom that mostly remained the same, but with a few tweaks.

But the question from gamers looking to see the demo after all the praise and talk of it was when would it be their collective turn? Today, it would seem.

Super early this morning, CDPR started a Twitch stream that teased something in relation to the game. The stream was a scrolling wall of encrypted text. But at around 12:30pm EST/5:30pm BST, the stream said it was uploading something. Half an hour later, at the top of the hour and with an audience of roughly 150,000 viewers, we finally got an answer: the public reveal of the E3 2018 gameplay demo in its entirety.

“Since many of the assets and mechanics in the current version of Cyberpunk 2077 are most likely to be modified, we initially decided to show this gameplay only to media. Elements like gunplay (both in terms of visuals and how RPG stats influence it), netrunning, car physics, or the game’s UI — everything’s pretty much still in the playtest phase and we felt uneasy about publicly committing to any particular design.

“Animation glitches, work-in-progress character facial expressions, early versions of locations — all this made us hesitant to release what you’re about to see.”

He added, though: “However, we are also well aware that many of you want to see what the media saw. Although this is probably not the same game you’ll see on your screen when we launch, we still decided to share this 48-minute video with you. This is how Cyberpunk 2077 looks today.”

To say it was ‘something’ would be underselling it. The near-50 minute demo was a massive deep dive to its gameplay systems, its lore, its world, and a ton more. For those who never got to see it at E3 or gamescom, those watching along found out why it was the talk of the town in Los Angeles in June — where our managing editor, Amanda Farough, saw it — and in Cologne last week.

And it showed in its audience too. At its peak towards the end of the demo, under 300,000 people (288,015) were watching the official CD Projekt Red Twitch stream. Cyberpunk 2077 was the most viewed game at the time on Twitch with a combined audience of under half a million viewers, specifically 459,493 viewers, when factoring in other streams that were restreaming the demo. CD Projekt Red’s Radek Adam Grabowski confirmed this via Twitter.

The lion’s share of the audience obviously went to CDPR’s stream with 62 percent, leaving 38 percent to other streams piggybacking off the official stream.

Although Fallout 76 had over two million unique viewers over the course of 24 hours unveil stream ahead of the full reveal at E3, there were roughly 100,000 viewers at any given moment during the official Bethesda stream, according to Polygon.

For Cyberpunk 2077, it took just seven hours to hit its peak at nearly 300,000 viewers on the official stream. As reveals go, this has most likely beaten the reveals of not only Fallout 76 but potentially Red Dead Redemption II… in a single-day stream.

We’ve reached out to both CD Projekt Red and Twitch for comment and will update the story as needed.