In an ocean of sameness, the tide is slowly turning 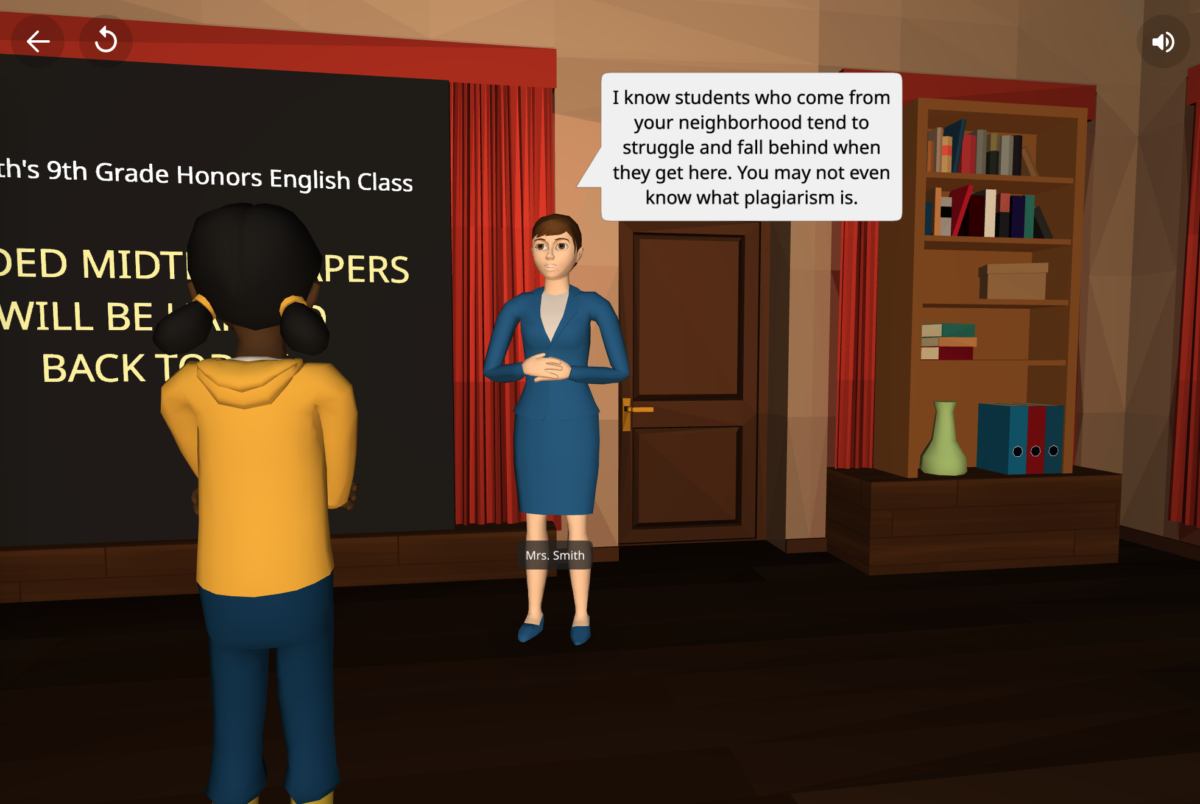 Millions of raised fists and voices pierced the air that summer. We stood side by side in solidarity in the name of social justice. Everywhere it seemed, the world was watching us.

Waiting with bated breath, almost in the same way we held our breath as the tear gas came upon us. At home the electricity in the air intensified, a heaviness settled in. This feeling never dissipated even as summer came to a close. Our collective voices became as natural as wind, a beautiful, painful reminder that this weight was all around us. The air crackled with a thoughtful consciousness, a consciousness that was met with equal parts solidarity and anger.

I was more cognizant of how the world responded to us, not how I wanted to respond to the world. Later that night watching tv, I saw the first Nike commercial that focused in on Black Lives Matter. My first instinctual response was to feel joy, joy that quickly fell into cynicism once I realized that our pain was dollar signs.

“I wouldn’t say I felt invested in, I say that because of the timing,” Taylor Williams, a casual consumer and activist said. “It should be year-round, it’s almost like these people are just waiting for the next bullet to be fired to speak up”

There are numerous social rules to abide by when it comes to investing yourself in social justice issues, this past year however seems to have thrown said rules out the window in favor of action rather than the usual inconsequential blanket statements. It’s all about perception, nobody wants to be perceived as “anti-black,” but actions taken speak louder than the hollow words that ricochet around my skull when change simply doesn’t come.

What does it mean to feel “invested in”? When your personal interests align with a certain narrative, there’s a natural inclination to gravitate towards certain companies or products when it feels like your beliefs are supported. Whether that equates to buying shoes that celebrate your heritage in a unique and customizable way (i.e., Nike’s commitment to celebrating black culture) or in a simpler way of putting things, buying organic at grocery stores.

On the other side of the coin there are certain initiatives companies like Twitch use like an updated harassment policy that rightfully bands confederate flags and swastikas but inadvertently also monitors use of AAVE (African American Vernacular English) under their new language policy.

“The peace of mind of knowing I am supporting others that either give me a place to enjoy myself or strengthen my community and my peers is an invaluable asset to our culture,” Britney Mulford, a casual twitch viewer, said.

Much like any ocean of change, there are going to be tides, tides that irrevocably change the landscape forcing us to adapt and fight back with the same vigor and grace. Empathy is, fortunately, a commodity in life, one that allows us to see a new side of things or put ourselves in someone’s shoes for a day.

Video games are ripe for that kind of understanding, with characters and narratives that can touch us in surprising ways. Twitch streams are fundraising for Black Lives Matter, Infinity Ward updated Call of Duty: Modern Warfare and Warzone with a Black Lives Matter message that is unskippable. In a medium that is used for escapism, these concrete, visible declarations reflect the uncomfortable reality. Social justice permeating that medium of escapism is an unprecedented show of solidarity from developers that successfully sets a new standard.

Fortnite’s summit on July 4, 2020 allowed players to participate in a conversation about race, hosted by Van Jones, Jemele Hill, Eline Welteroth, and Killer Mike. Fortnite has 350 million registered players, largely skewed toward younger gamers. Opportunities like this are allowing them to learn about social justice issues that directly impact them and their peers, not through a white-washed history book, but through a digital and interactive lens and setting that is meaningful to them.

Congresswoman Alexandria Ocasio-Cortez reached out to voters by doing a record-breaking Twitch stream of the indie hit Among Us and over 400,000 voters tuned in. It was an especially clever move, and is a prime example of adaptation to the changing landscape when it comes to reaching out and educating young voters.

In gaming, there are a million different ways to express yourself, and the lack of representation in video games has been addressed more in recent years as developers have sought to be more inclusive and include narratives that aren’t racial stereotypes. Whether it’s through fantasy-driven narratives that center around and cater to white gamers, or through shooter-driven, narratives where brown bodies are almost exclusively seen as a threat. Games that buck this trend like Respawn’s Apex Legends, which offers a roster of diverse characters ranging from African Americans, Characters of Latin descent, and even LGBTQ+ representation makes this popular title stand out from the pack. Even The Last of Us Part II sets its sights on including diverse characters who play an important part in the emotional story it sets out to tell. Clearly, developers are listening and are finally telling stories that make our opinions feel like they matter.

Quartz reports African Americans and Latinx make up the majority of gamers, and will continue to do so over the course of the next decade. Developers who identify as white make up 68% of the video game industry. This is incredibly telling that the stories we play are usually made according to how the developers see themselves and see the world through a white lens.

As a part of that majority I would love to see more of myself in the games that I playand invest in, imagine how much more the video game industry could do if we simply implore them to tell stories that reflect how we see the world not just them.

This digital age has brought about exciting new tech developments and ideas behind how to use that tech. Specifically, virtual reality has been brought to the forefront and as a social experiment is a valuable tool in its own way to experience games in a way we never have before.

Two VR games developed by private labs and universities allow the user to experience racism in a game meant to exhibit the microaggressions and violence people of color are subjected to every day. These projects offer an unmitigated and uncomfortable glimpse into a life white participants would have no other way to experience. It’s a powerful use of technology, and counter to the heaps of evidence showing racial bias in tech against marginalized communities. However, VR can also be used as a tool for oppressing black voices and experiences when experiences are only developed with whiteness in mind.

“I support companies that are ‘pro-people,’ whether it’s LGBTQIA or Black lives. I’m more inclined to support them than someone who doesn’t or someone who prefers to stay silent when silence isn’t an option,” Mulford said.

In May 2020, Financial Times reported companies such as Target and Apple donated millions to civil rights groups after the deaths of Sandra Bland and George Floyd. These investments mean more than just the money, it’s a statement and an action that doesn’t go unnoticed by the average consumer.

Hiring people of color has to be a part of that change, but companies rarely disclose how many people of color they hire, despite being more than willing to make a statement bragging about it.

“Something we are going to spend a lot of the next proxy season engaging on is getting better workplace demographic disclosure so we can actually hold companies accountable,” Katie Koch, managing director at Goldman Sachs Asset Management, said.

PAC donations pertaining to our legislature offer a glimpse into a company’s prerogative when it comes to social issues and legislative decisions that affect the people. Microsoft for instance, leans heavily towards the left donating $1,501,358 towards Alexandria Ocasio-Cortez’s campaign which is unsurprising to me given Microsoft’s many initiatives as a company that are geared toward diversity in the workplace, in marketing, and being one of the first companies that specifically allocates development resources for disabled gamers by developing special controllers and settings that make most gaming experiences available and accessible to everyone.

These donations set the tone mostly in part to the changing social landscape that gaming culture is heavily a part of. In a contradictory sense the donations reflect the company more than it does the development teams who make consistent strides in inclusionary practices but are one step backwards in development when it comes to the games themselves. Think of Microsoft as the outer shell of an egg and the devs are the yolk. This is what it means to be invested in the acts of groups and individuals who challenge the status quo in the wake of terrible tragedy in the hopes of creating real change.

In terms of the pull of the tide, there’s the anachronistic attitude of our previous administration that equated Black Lives Matter and our fight against injustice to that of “looters” and “rioters.” The violence in the streets that was portrayed was justified outrage to a broken system, one that will take decades to acknowledge the full repercussions of and fix. Black lives are ubiquitous, and our pain has been woven into a tapestry that drapes across America’s shoulders. In this digital age, it has become more apparent that our culture is experiencing a shift in Black expression and acknowledgment.

Sony releasing a special Black Lives Matter theme for its consoles, changing the narratives of the few Latinx and Black characters in video games to represent a more positive and hopeful narrative. When we invest in a more diverse culture, there’s more inclusion, possibilities, and hope as we continue to turn the tide. While change is happening, it may be too slow for some as we continue to call attention--and offer praise--to developers that buck racist practices and trends to secure a brighter future for diversity in gaming. 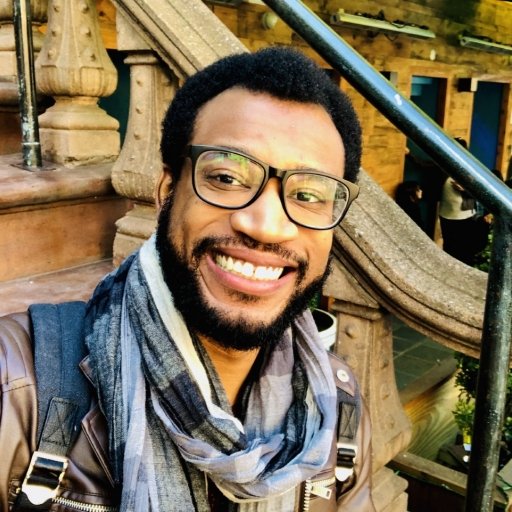 Joshua Williams is a poet, activist, and best-selling author of love bandit  and Joshua Williams in a Week of Suicide(s).Twitter: @jshwilliams4. Instagram: @j.w.poeticworks.