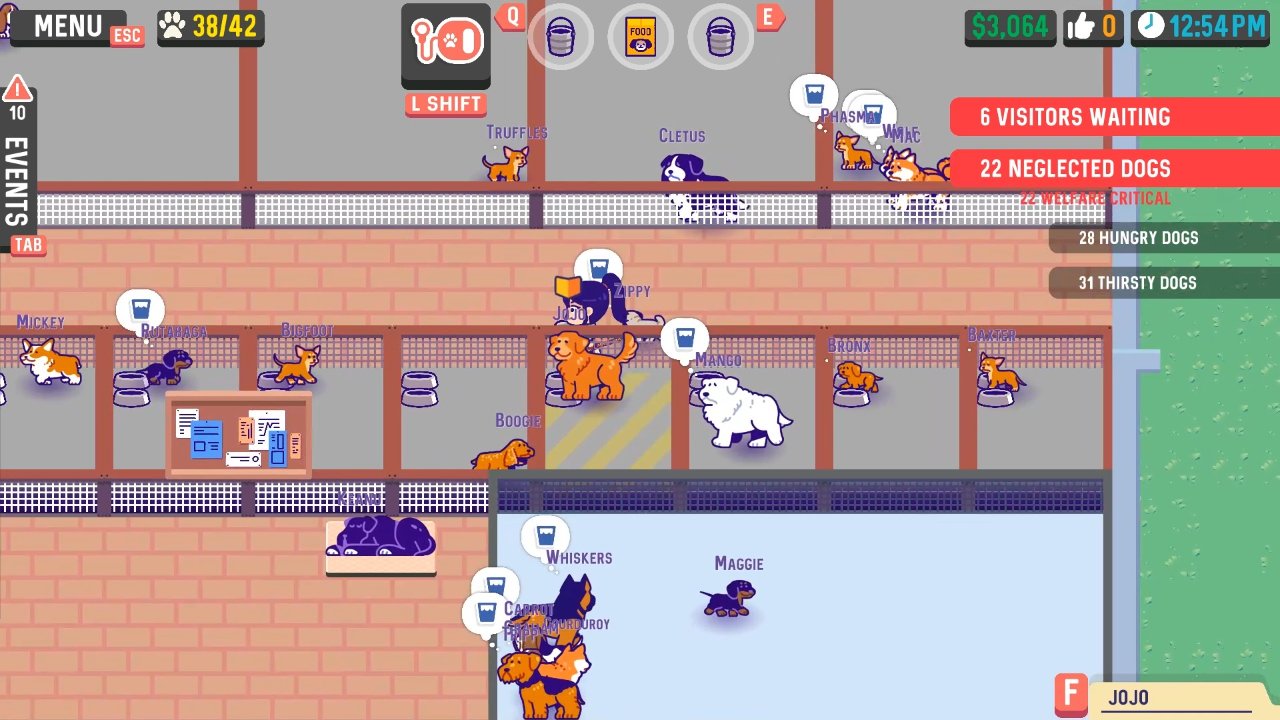 Last week, indie developer Little Rock Games celebrated National Adopt a Shelter Pet Day, an initiative aimed at raising awareness for animals in need of adoption. In line with the festivities, Little Rock announced a partnership for To the Rescue, its dog shelter management sim: 20% of all proceeds from the title will go to the Petfinder Foundation. It’s an organization that helps prevent the euthanization of shelter animals via grants and adoption events.

According to Little Rock Games, this is a partnership that was central to the development of To the Rescue, dating back to before the launch of its Kickstarter campaign back in 2019.

“We want to make a fun sim that might make a difference through raising awareness, but it's important to us that even if players aren't as interested in engaging with some of the harsher real-world elements of the game, likethe incredibly difficult choice of euthanization, they are still contributing to real-world shelters,” Olivia Dunlap, co-founder of Little Rock Games, told GameDaily.

The idea to work closely with an animal charity may have been part of the plan from day one, but choosing the right organization took time, Dunlap said. It was important to Little Rock that its partner understood the message the studio was hoping to convey.

She explained that many shelters struggle with a “circular reputation problem” where shelters that practice euthanization gain a negative reputation. As a result, potential adopters avoid such shelters, which makes it difficult for them to place pets into new homes, leading to overcrowding. The issue is exacerbated by the fact that many of these shelters are open admission, meaning that they’ll accept any animal that arrives. This is a major hurdle for shelters that are looking to become “no kill” shelters, Dunlap said.

“The vast majority of animals can be saved and placed in loving homes, but they need love, care, and support to reach those homes,” she explained. “Additionally, our ideal charity partner was one that helps shelters in many of our audience’s communities.”

Additionally, Little Rock Games was looking for a partner that was comfortable with a public partnership so that players can easily know where their support goes, and that their money was going towards a reputable charity. For Dunlap, the Petfinder Foundation checks all of these boxes.

The partnership with the Petfinder Foundation is reflective of Little Rock’s overall approach to game development. Dunlap said that the studio’s goal is to create ethical games that can make a difference.

“Games don’t exist in isolation,” she said. “They intersect with the real world in important ways and there is always room to make a broader contribution to the world while creating fun and engaging experiences. Not all of our games will be or have been as centrally focused on charity as To the Rescue, but we strive to center positive impact in some form with the design of every project we undertake.”

It’s a heartening tenant to be sure, and it will be interesting to track the progress of To the Rescue as it moves closer to release sometime in Q3 this year. It is available to add to your wishlist on Steam.