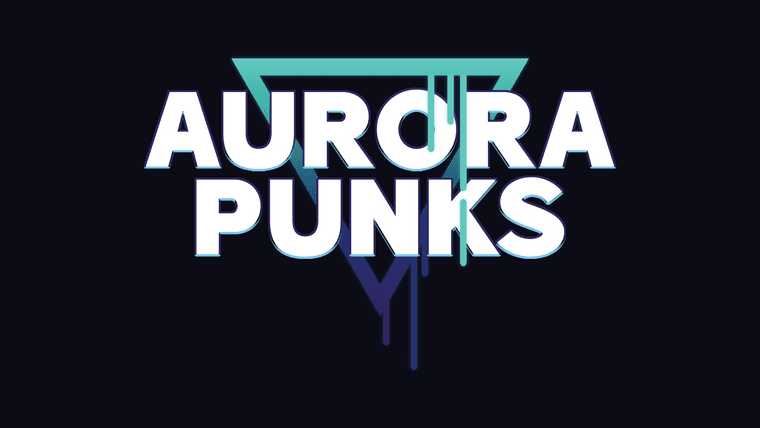 Making games is hard, especially as a small, underfunded studio. Things are made even harder thanks to the greater democratization of game development, the result of which is a crowded market where the little guys struggle for attention and financial success. To contend with such an environment, many indies have learned to lean on one another, to prop each other up for a chance at catching the discerning eye of consumers.

There’s a punk sensibility to be found here among the footfalls of AAA development, a bootstrap-ish, DIY attitude born of passion. It’s here that Robert Bäckström operates, working to cultivate a community of indie developers determined to succeed despite a lack of AAA funding and marketing resources. Bäckström calls this group Aurora Punks, a collective of small Swedish devs who have come together in the spirit of collaboration.

“Punk is about removing the constraints that prevent you to create what you are passionate about, or to make your voice heard,” Bäckström told GameDaily. “The distance between creator and audience is also made shorter as we all tend to be participating in the same scene with the motives that are driven by passion. Indie game development has in many ways taken great steps to allow for more to create based on passion.”

Today, dev tech is more accessible than ever before, and digital distribution means that developers are just a storefront away from getting their games in front of potential players. Influencer culture--a growing segment in its own right--also highlights the shrinking gap between studios and consumers. Still, obstacles remain, and Aurora Punks seeks to overcome them.

Bäckström’s background makes him uniquely suited for such an undertaking. Having worked at publisher Raw Fury and indie developer Fatshark, he boasts more than 15 years of experience in the games industry. Just as important, though, is his background in the music industry: he is the founder and owner of Skrammel Records, a Swedish label that specializes in the punk and hardcore genres.

Having been immersed in the punk scene for much of his life, Bäckström is bringing that same DIY approach to Aurora Punks. The studios involved in the collective all enjoy autonomy in what they choose to focus on, with “trust, honesty, and communication” being the only tenets being actively encouraged.

“This means that the interchange of knowledge, talent, and feedback is probably higher than one would have expected, but it is based on a free will of sharing,” he explained.

As a DIY collective, the studios of Aurora Punks exemplify Bäckström’s philosophy by hustling for funds via work-for-hire gigs, with an occasional influx of angel money from the founders. That doesn’t mean that the devs are left out to dry when it comes to resources, however. In fact, Bäckström said that Aurora Punks provides its studios with salaries, funding for PR and marketing efforts, and other overhead costs.

This collaborative approach to development was attractive to Winston Spångberg, co-founder of developer Wimasima, the fourth studio to join Aurora Punks.

“To realize our vision, we knew that we needed help from another party that had experience in areas other than our own,” Spångberg told GameDaily. “It is through this that we are glad that we have joined the ranks of Aurora Punks as they can patch us up with what is missing in our knowledge base.”

Established last year, the Wimasima team consists of four people who came together for a school project. As of yet unannounced, Wimasima’s current project is a retro-inspired game that Spångberg hopes will play on nostalgia while offering a novel gameplay experience.

“Without saying too much, our goal is to bring everyone together to play with or against each other,” Spångberg explained. “We want to see that sparkle in the kids' eyes when they play a cute game that is simple to pick up yet hard enough for a core gamer to master.”

Apparently, the project was good enough to earn it top honors at the school competition, and Spångberg felt that it would be a shame if he didn’t share it with the rest of the world. Luckily, one of the jurors in the competition happened to be a studio chief for Aurora Punks.

“He took all of the games to the network to be played on for scouting purposes,” Spångberg said. “We were the ones fortunate enough to be picked. The whole team is grateful to get the opportunity to establish itself just three or so months after school started.”

Spångberg is excited to partner with Aurora Punks for the chance to work closely with like-minded developers, as well as gain access to the collective’s varying resources. He doesn’t discount his own knowledge or expertise, though, and hopes Wimasima can add value to the group.

Most importantly, though, is the creative freedom offered by Aurora Punks. After all, punk culture isn’t about conforming to the norm, but pursuing your own vision. Being a part of a collective that embodies this philosophy is important to people like Bäckström and Spångberg. Looking forward, it will be interesting to track the output of Aurora Punks and its DIY approach to development.