Playtra Games partners with the It Gets Better Project for Grid Force: Mask of the Goddess 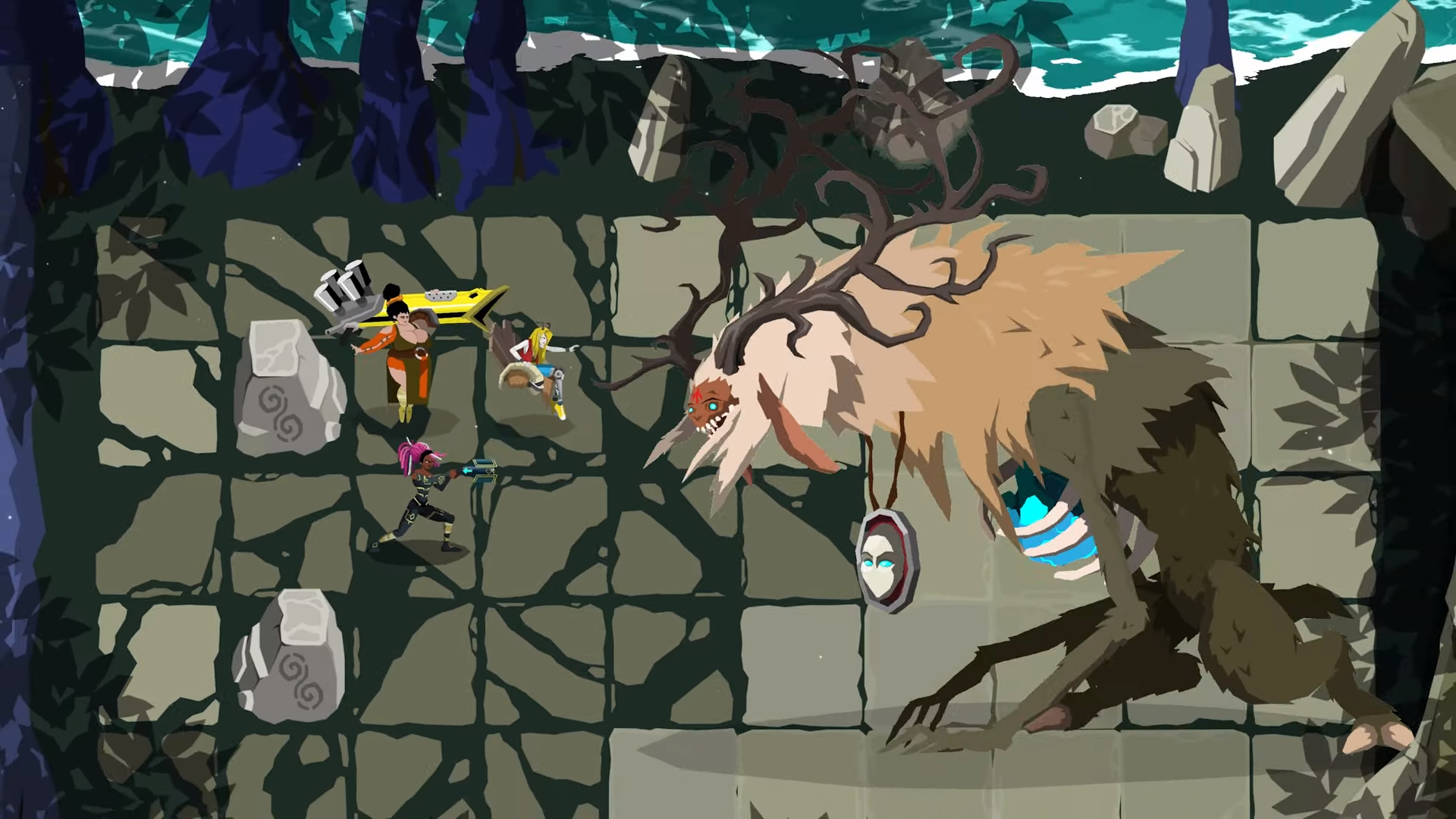 Today, Playtra Games, the UK-based developer behind upcoming strategy game Grid Force: Mask of the Goddess, announced a partnership with the It Gets Better Project (IGBP). The collaboration is aimed at raising awareness of the challenges faced by the LGBTQ+ community by fostering a welcoming community for these historically marginalized demographics.

The partnership will see the inclusion of It Gets Better messaging inside Grid Forcing, including a link to the site on the game’s start screen. Additionally, as part of the promotion and marketing of the game, Playtra will go out of its way to spotlight the broader LGBTQ+ gaming community. Finally, the studio is planning a post-release fundraising event that will benefit the It Gets Better Project.

It’s a partnership that’s personal for Dan Bernardo, co-founder and CEO of Playtra Games. As a gay Black man who grew up amid sexism and misogony in Brazil during the 1990s, Bernardo understands what it feels like to be ostrecized. As such, the founding philosophy of Playtra is steeped in inclusiveness and acceptance, themes that are central to Grid Force.

“I remember when we decided to create a grid-based game, we started discussing what story we would like to tell,” Bernardo told GameDaily. “We wanted to tell a story about being lost in a noisy and confusing world, something we all felt when we were teenagers.”

One of the defining characteristics of Grid Force is that all 45 of its playable characters are women, a narrative decision Bernardo said stems from the strong female influences in his life, namely, his mother and sister.

“They taught me how to survive as a black gay man in a society that really doesn't respect who I am or accept the ways I can contribute,” Bernardo explained. “Not surprisingly, all members of the team had someone like that--incredible women who guided them or taught them important lessons of resilience and survival.”

From there, it was clear to Bernardo and the rest of Playtra that Grid Force would be a celebration of the female perspective. As such, the team brought on a female writer, Megan Mazzone-McDonnel.

“We wanted the game to be about womanhood, sisterhood, motherhood and love,” Bernardo said. “Humorous and, at times, a bit sarcastic without shying away from themes like loss, abuse, healing, and finding a new family and friends where you thought there was none.”

In partnering with the IGBP, Bernardo hopes to raise awareness for an organization that champions marginalization as a unifying force. As a child in Brazil, Bernardo, whose family was well below the poverty line, witnessed more than one instance of abuse against homosexuals. At the time Bernardo couldn’t imagine escaping such a life, but after encouragement from his mother he pursued an education and earned a degree in anthropology.

“My mum had an unshakable belief I could be anything I wanted to be, many times telling me the exact words ‘it will get better,’” Bernardo said. “So with her blessing, support, and a lot of hard work I managed to get a degree, move to a bigger city, find like-minded people, learn about the black and gay rights movements, develop a sense of pride, and the need to support others who felt without a place to go, just like I did.”

It’s the kind of isolation the It Gets Better Project strives to address. The organization is dedicated to bringing the LGBTQ+ community together, particularly the young members who feel lost and unsupported. This makes the IGBP an ideal partner for someone like Bernardo, who said that the group has been very open to collaboration within the video game space.

“They were amazingly open and excited about what we wanted to create with Grid Force,” he said. “Games have the power to make people think, feel, and act, and the good folks of IGBP are acutely aware of this. We want to support and inspire players--including the ones who created the game they are playing--who once felt just as lost and hopeless, but who went through it, survived, and built themselves a new life.”

Bernardo’s dedication to unity and support extends into the work philosophy of Playtra Games. As the studio’s founder, Bernardo wants to create an environment where “people from every walk of life feel valued, safe, and loved.” It’s an ongoing struggle, he admitted, one that he doubts will be overcome in his lifetime. The solution is more than simply hiring women, Black, and queer people, though--it’s about acknowledging and addressing our own internal biases.

“We need to see them with the lenses of equity instead of equality because the problem of representation is centuries old,” Bernardo explained. “Fixing it will take more than just treating everybody equally. The road to a job in a game studio is much harder for a queer or Black professional, so we take this under consideration when evaluating our candidates, looking for the potential they have more than how many games they already shipped.”

It’s this tenet that informs the story of Grid Force. It follows Donna, who wakes up in the strange world of Gora and must assemble a team of diverse characters to save it. It’s a grid-based game of tactical battles that take place in real time, a sort of fast-paced mashup of Heroes of Might and Magic and Gradius.

The battles are flashy and hectic, but it’s the narrative that Bernardo is most proud of.

“The story is my favorite element of the game because all arcs are interconnected so the decisions you make and the characters you recruit to your squad can lead the story to really unexpected places,” he said. “Discovering what you need to do to convince each of the more than 40 playable characters to join your group is really satisfying.”

More than that, though, is Playtra’s drive to make games that feel welcoming to everyone.

“Our games should be this safe place where teenagers, young adults, and even older players can go and feel at home, accepted and represented, regardless of how they look, love and pray,” Bernardo said.

Grid Force: Mask of the Goddess is tentatively slated for release later this year, but you can add it to your wishlist on Steam right now.