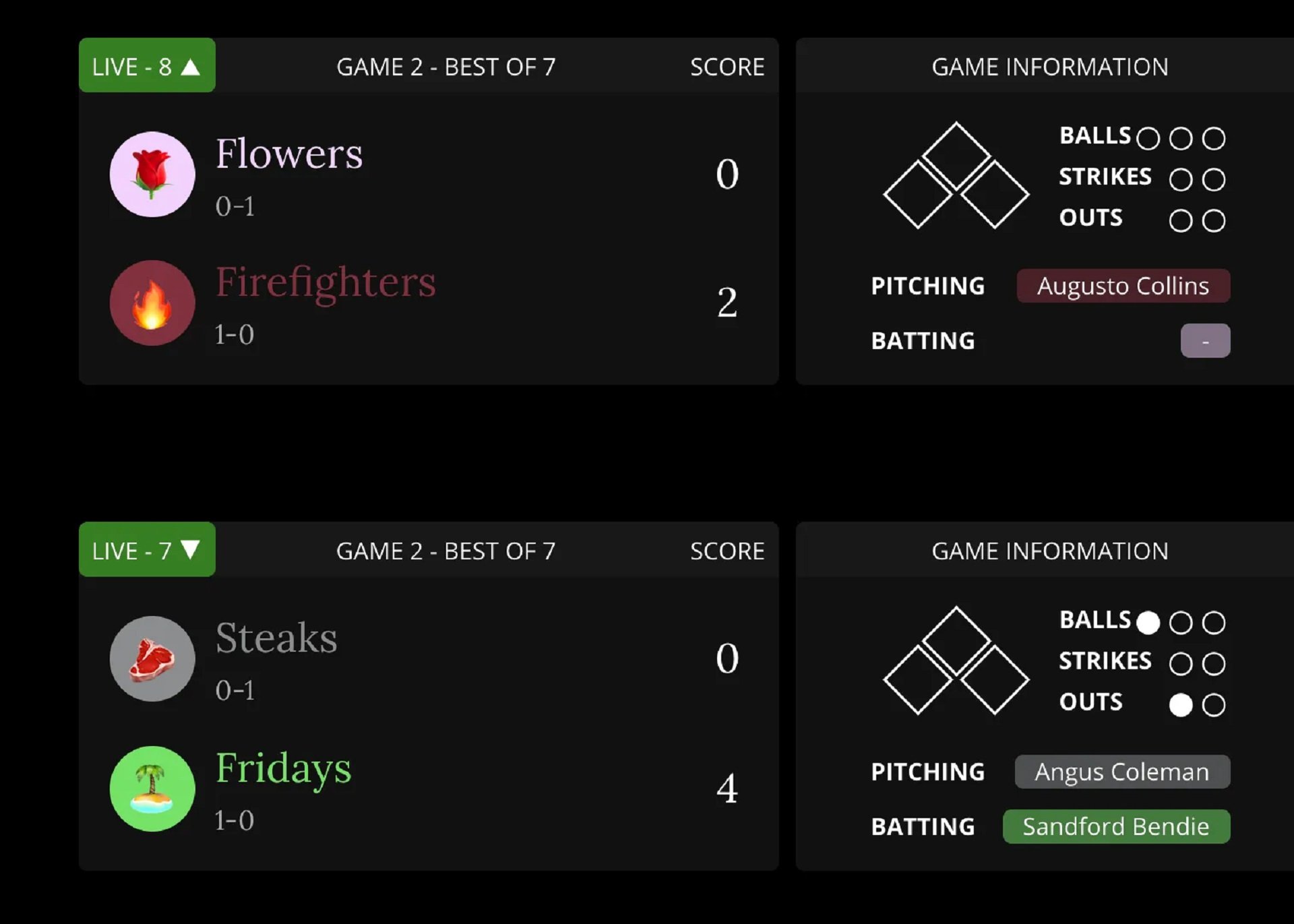 Last week, Blaseball developer The Game Band announced the closure of a $3 million funding round, which will help the L.A.-based studio continue to support its absurdist fantasy sports sim. Additionally, the game will receive an official mobile app. The investment was led by Makers Fund, with contributions from 1UP Ventures and independent venture capitalist Matthew Ball.

“First and foremost, we’re going to properly compensate our team for the work they put into Blaseball,” Sam Rosenthal, founder and CEO of The Game Band, told GameDaily. “We’re expanding the team to improve the game and make the pace of development more sustainable. Additionally, we’re bringing Blaseball to mobile. More than half of our players access the game through their mobile browsers, and we’re excited to give them a much improved experience.”

As a browser-based idle game that was partially inspired by sports apps, Blaseball is a natural fit for mobile platforms. Rosenthal said by their nature, sports apps are built around short sessions.

“We’re so used to opening our phones for a brief moment, checking the score, and getting a glimpse into the play-by-play,” he explained. “We always wanted it to be a game you can play passively, and mobile should help players fit Blaseball into their day-to-day routines. Notifications for key events, like important games, tarot readings, and elections will make the game so much easier to follow.”

Rosenthal’s description of Blaseball sounds confusing, you’re not alone. It’s a game that thrives on the irrational, a fantastically absurdist take on traditional fantasy sports. Here, in the evolving world of Blaseball, players can have 80 fingers or spontaneously combust, peanuts are a type of currency, games take place during solar eclipses, and much, much more. Truthfully, it’s impossible to describe in a short news story like this one, but it’s worth checking out explainers on YouTube just to get a feel for how preposterous it can be.

The reaction to Blaseball has been almost universally positive, and it has generated a stalwart following. Fanart, music, and dedicated communities have cropped up throughout the last year, catching Rosenthal and the team at The Game Band by surprise. From the start, Blaseball was meant as a way to unite people during pandemic-driven quarantine efforts, but it has grown into much more.

“There’s a real power to live, shared experiences,” Rosenthal explained. “We knew as sports fans how live sports create a shared language and a sense of camaraderie between fans. That camaraderie extends to the game mechanics, which encourage the fans to steer the story through collective action.”

The aesthetics of Blaseball were also kept purposely barebones. The idea was to keep it rooted in imagination, much like a traditional sports app might describe noteworthy plays. A side effect of this choice, though, is an abundance of fanart during a rough period of isolation.

“The game took off on Twitter, and our Twitter timelines aren’t often filled with joy these days,” Rosenthal said. “Blaseball brought gallows humor and absurdity to a lot of timelines, and I think that was a much needed relief.”

Looking forward, the funding round will certainly go a long way in making Blaseball a sustainable part of The Game Band’s business. As part of its vision, the team wants to lean into the ever-changing nature of the sim while tapping into its community.

“One of the key features of Blaseball is that it changes all the time,” Rosenthal explained. “We’re constantly observing and reacting to the fans, while introducing new features of our own. We want to build the game to be more flexible going forward, so we can quickly modify and transform it across every platform we introduce.”

The team isn’t ready to divulge any details just yet, but if the last year is any indication Blaseball will only get weirder. Along the way, The Game Band wants to find ways to reward the thriving community for its creative contributions. It’s been a strong year for Blaseball, and it will be interesting to track the game’s progress in coming months.