Turtle Beach expands into the controller and flight stick markets 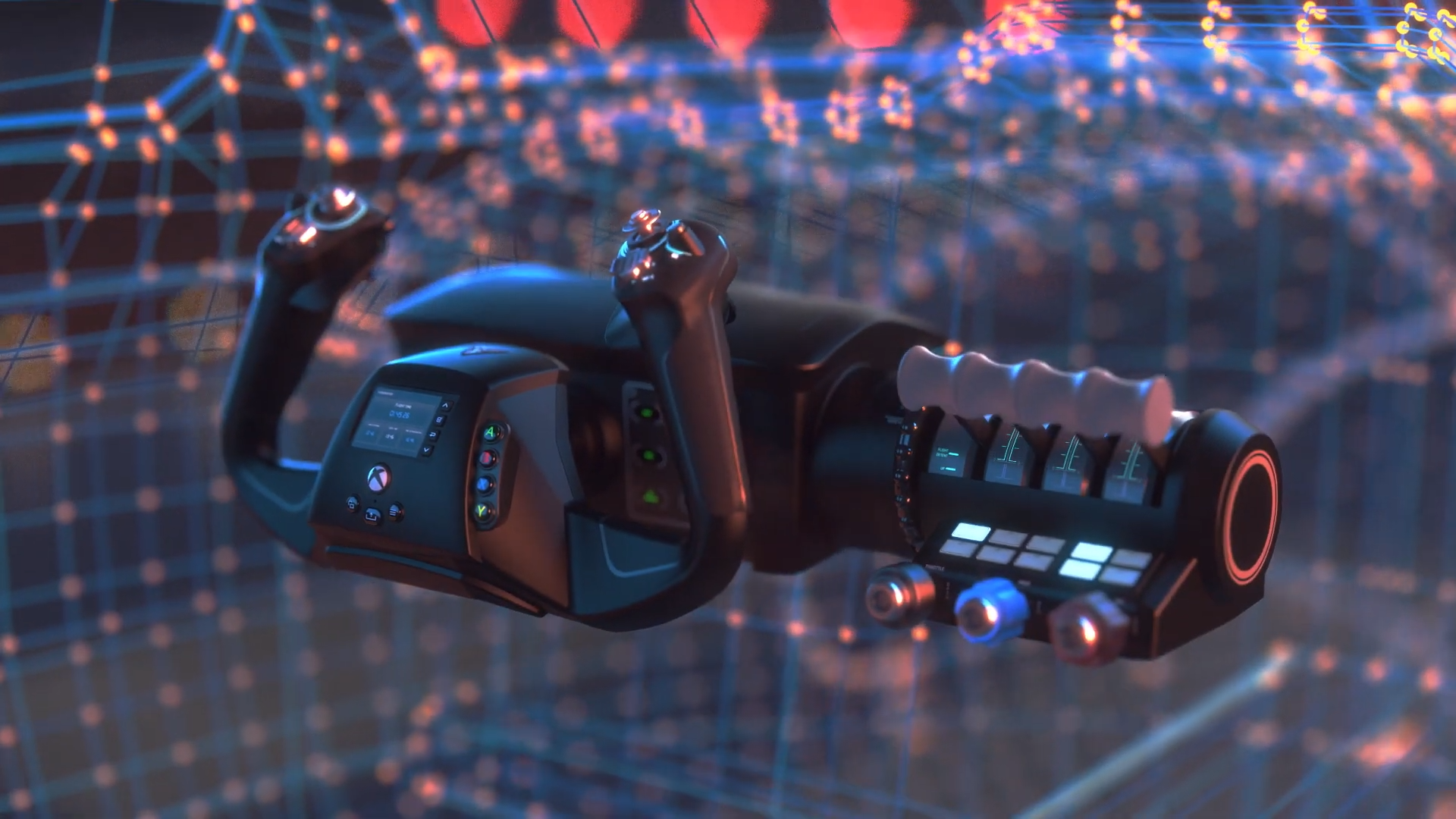 As part of this week’s E3 festivities, leading headset manufacturer Turtle Beach has announced that it is branching out into a handful of new markets. This summer, the company is launching the Recon Controller for the Xbox Series X|S and Windows platforms, as well as the VelocityOne Flight sim controller, also compatible with Xbox Series X|S and Windows. Further, it has announced the launch of a new line of microphones from Neat Microphones, which Turtle Beach acquired early this year.

Known primarily for its gaming headsets, Turtle Beach is bringing its expertise in sound engineering to the controller market. Launching at an MSRP of $59.95, the Recon Controller features a 3.5mm headphone jack, and boasts the company’s Superhuman Hearing audio tech, making it an ideal pairing for the company’s line of headsets. Of course, you can use any 3.5mm headset, but Turtle Beach CEO Juergen Stark said the device really shines when used with one of the brand's peripherals.

“This will be the first controller that has a bunch of unique audio capabilities,” Stark told GameDaily in an interview. “If you’re using our controller, you get a lot of audio features, like the ability to adjust the volume, EQ modes, and our patented Superhuman Hearing capability, which makes soft sounds louder without making loud sounds louder.”

Further, the Recon Controller features a “Focus Mode,” which allows users to tune the thumbstick sensitivity on the fly with the press of a back-panel toggle. Stark said this is ideal for lining up long-distance shots in FPS games. Up to four profiles can be saved to the controller as well.

At this point, the Turtle Beach brand has become synonymous with video game audio. Via this ubiquity, the company has enjoyed a period of strong growth over the last several years, with the pandemic accelerating this trend. As such, expanding into the controller market seems like a natural fit.

Regarding the timing of the announcement, Stark said that launching peripherals alongside new game consoles is generally a bad idea. By debuting this summer, Turtle Beach has put several months between the Recon Controller and the release of the PlayStation 5 and Xbox Series X|S, giving the team time to understand the tech of the new platforms.

“We looked at it a couple years ago,” Stark explained. “We could have done this in 2019 or 2020, but once we knew that the new generation of consoles were coming, it made sense to wait and make sure we understood what was going to be in those consoles.”

Overall, the video game accessories market has seen substantial growth throughout the pandemic. According to the most recent report from analyst provider NPD Group, accessories have generated $1 billion so far in 2021, which is a 17% increase over the first five months of 2020, making for an attractive market.

It’s not just the controller market into which Turtle Beach is emerging, though. In addition to the Recon Controller, the company has announced the VelocityOne Flight control system. It’s a flight stick that features a robust suite of control options beyond just a yoke and throttle. There’s an integrated trim wheel, lever and sliding vernier controllers, a host of programmable buttons, and more. With an MSRP of $349.99, the VelocityOne Flight is compatible with Windows PCs and Xbox Series X|S, making it one of the very few flight sticks that will work on consoles.

For Stark, the VelocityOne is something of a passion project. A known flight enthusiast, he earned his pilot’s license in 2012, and has a robust simulation setup in his home. He’s confident that the all-in-one nature of the VelocityOne controls will make it the go-to flight stick for Microsoft Flight Simulator, which Microsoft has announced is coming to Xbox consoles next month.

“It’s the only product that has all the controls integrated to take you from entry-level, casual-flying small piston planes all the way to passenger craft,” Stark said.

He emphasized the inclusion of vernier controls on the VelocityOne, which is what is used inside the cockpit of Cessna planes.

“That’s how you control the throttle and fuel and prop on Cessnas and lots of other introductory planes,” he explained. “They’re called vernier controls, and you can’t get something that replicates what you would experience in a Cessna.”

Finally, Stark also touched on Neat Microphones, a company that was acquired by Turtle Beach in January. This year, Turtle Beach and Neat will launch a line of microphones aimed at the streaming, podcasting, and musician communities. It’s yet another new market for Turtle Beach, but Stark said that the experience of the Neat team has positioned it for success.

“There’s a philosophy that we use for all of our products, which is that they have to be high quality independent of the price point,” Stark said. “In order to do that, you gotta have the experience with the product category. Otherwise you spend the first year figuring out what works, what people like, you do some things wrong.”

Luckily, the Neat Microphones team is steeped in experience. It’s made up of veterans from Blue Microphones, the makers of the best-selling Yeti and Snowball products. Today, these two products lead in microphone market share by a fair margin, and Stark is confident that Neat will make Turtle Beach a competitor in the segment.

“We have this small team that has been working together for decades. These guys are arguably the best team in the world when it comes to microphones. They had formed this new company called Neat, and were looking for one last run on redefining the mic category.”

Stark said that he was impressed enough by the portfolio Neat had put together that Turtle Beach decided to acquire the company and give the team a chance to once again redefine the sector.

Between controllers, flight sticks, and microphones, Turtle Beach is expanding into a series of markets in which it has very little experience. But Stark’s philosophy of high quality regardless of price point may be the best weapon in its arsenal. Not only is the Neat team made up of expert mic makers, but the engineers behind the VelocityOne are old hands when it comes to flight sticks. In this way, Turtle Beach can lean on experience to avoid the trial-and-error nature of new product launches.

2021 is certainly an ambitious year for Turtle Beach, a company that has come to dominate the headset market. Only time will tell if that ubiquity can carry over to other markets, but there’s no denying the clout carried by the Turtle Beach name. It will be interesting to track its progress as it prepares to launch its new line of products this summer.