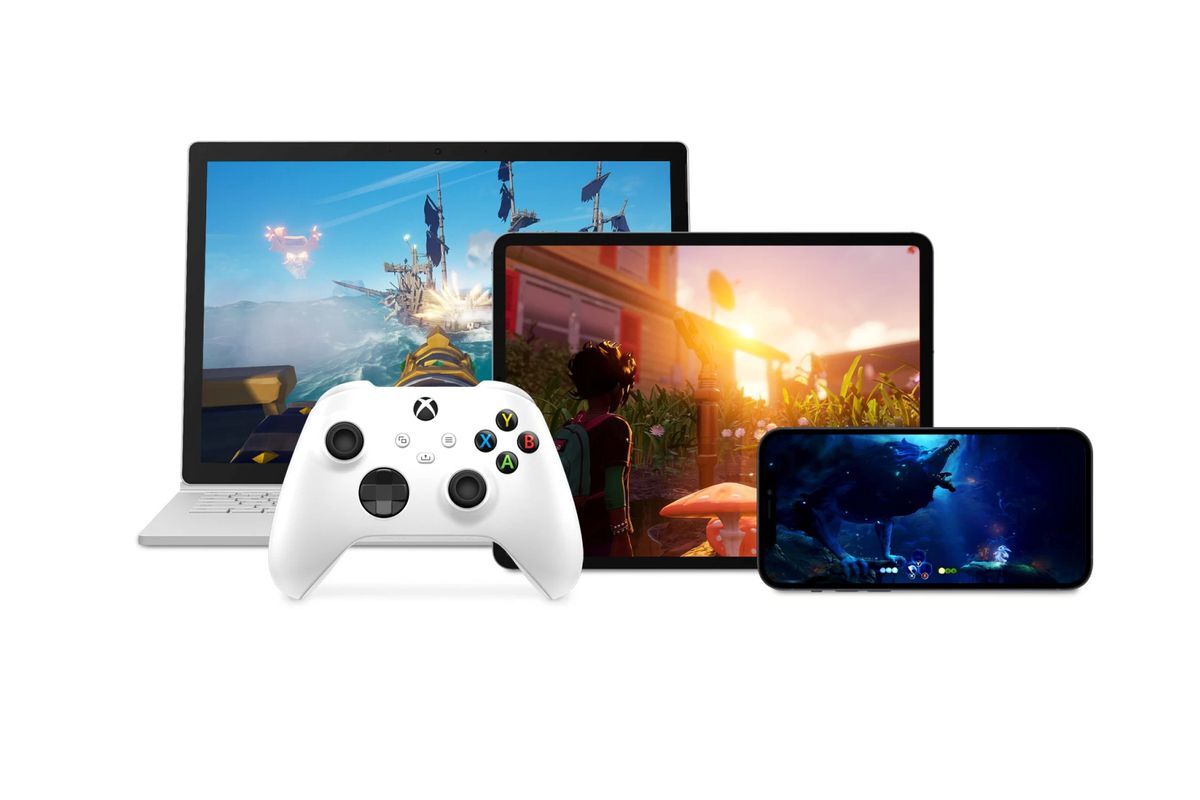 That, combined with Xbox’s existing player base, means xCloud is already better positioned to tackle the problems that dogged the launch and rollout of competing cloud gaming service Google Stadia.

The Xbox datacenter lets users stream games from Series X hardware at 1080p and 60fps, though some users remain divided about the cloud platform’s responsiveness. On the xCloud subreddit forum, user MoeUchiha069 said xCloud’s input lag seemed worse than Stadia’s, but others disagreed. Retroware writer Josh Nichols said it “runs like a dream” on iPad, though even early adopters dissatisfied with input lag said they’ll keep using it thanks to the value Game Pass offers.

Streaming on Xbox hardware is just one part of what differentiates Microsoft’s cloud rollout from Stadia and other cloud platforms. The other is the fact that Stadia launched on a limited number of platforms, and suffered both from interface issues and negative reactions to the barrier posed by its Internet speed requirements for higher image quality.

An early Stadia AMA session did the platform’s image no favors either. The developers taking part expressed doubt about adding key features such as achievements and accessibility options, saying they hoped “to learn a bunch” in the months following the platform’s release. That fed into Stadia’s bigger problem: developing a broad user base.

Some xCloud games are only playable on specific devices, and Catherine Gluckstein, head of product for Xbox cloud gaming, said in the announcement Xbox is developing new features based on how the rollout unfolds. Unlike Google, however, Xbox already cultivated a positive image with Game Pass, positioning it as “the best value in gaming.” It seems to have paid off.

Marcus Morgan, head of global marketing for Xbox Game Studios, identifiedattracting a large player base as one of cloud gaming’s biggest challenges in 2019. 14 million people have installed the Game Pass app on Android. 2.5 million of those happened in 2021, SensorTower senior analyst Craig Chapple told GameDaily.

Only 3.3 million people installed Stadia via the Google Play Store and App Store since Google’s cloud platform launched in 2019.

While concerns over Internet speeds still remain in some areas, Xbox is removing barriers in other ways. Earlier in 2021, the company announced it was removing all online multiplayer fees for free-to-play games and, soon after, confirmed Halo Infinite’s multiplayer campaign would be free. A Microsoft spokesperson told GameDaily the goal was attracting “the largest community possible” by lowering the barrier to entry.

“Cloud gaming is about reaching new audiences and supporting new gaming use cases,” he said. “Microsoft and others see this as a growth opportunity, albeit a long-term one. It is the tech that underpins Microsoft’s ambition to grow Game Pass from 20 to 50 million subscribers. In the future cloud-native games will start to emerge, so investment in the technology now is laying the foundation for this development years down the line.”

Another key difference between Stadia and xCloud is commitment.

Many expressed doubt over how long Google would continue to support Stadia following its initial announcement. That doubt proved well-founded when Google announced the closure of its first-party development studios. Microsoft announced xCloud is built into Xbox’s guiding pillar of innovation, with former Portal designer Kim Swift leading the company’s future cloud plans.

These plans will have to address several additional barriers to cloud gaming, Harding-Rolls said. These include greater awareness, different subscription tiers for mobile-only users, and a wider variety of free-to-play games. How quickly Microsoft can overcome these barriers is possibly not a significant factor in the company’s cloud plans, though.

Harding-Rolls said that, unlike Google with Stadia, Microsoft doesn’t need game streaming to find success in the gaming segment. Since Game Pass offers download and streaming options, it appeals to a wide variety of audiences and will remain successful in Microsoft’s eyes even if cloud gaming isn’t widely used, he said.

Edited July 1, 2021 will comments from Piers Harding-Rolls of Ampere Analysis.