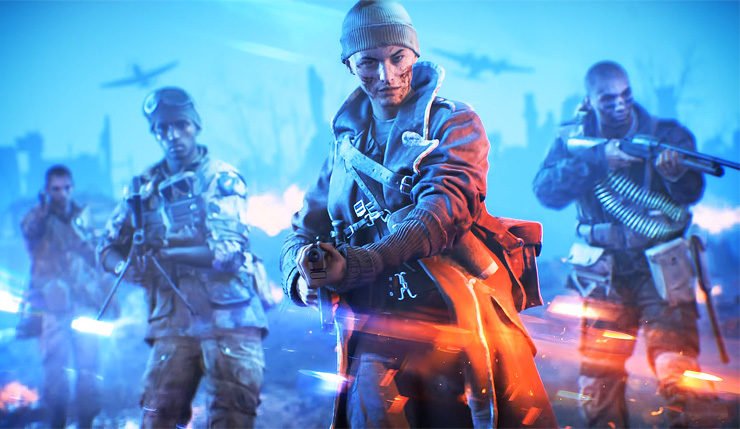 Call of Duty: Black Ops 4 is releasing October 12 (nearly a month earlier than usual). Rockstar’s 800-pound gorilla, Red Dead Redemption 2, arrives on October 26. Battlefield V is better positioned than most games to stand in the center of that competition, but EA is opting to make DICE’s latest outing a late-season release rather than have it stand in the storm.

Video game release schedules are typically a minefield in the competitive holiday season from late August to early December. Indie developers know to stay clear of annual blockbusters, but even mega-publishers like EA and Activision keep a close eye on the competition. In a “Rockstar year,” Take-Two plays Moses parting the calendar’s Red Sea. (The knock-on effect is an absurdly crowded Q1 2019, but that’s a story for another day.)

When Grand Theft Auto V released on Xbox 360 and PlayStation 3 on September 17, 2013, most developers and publishers gave Rockstar nearly a month before launching. This was, in part, due to the early October secondary release of Grand Theft Auto Online.

As for EA, the delay out of Red Dead’s shadow gives DICE time refine its new content strategy. The publisher has been moving away from a DLC model based around quarterly map and mode packs. These split the player base, making it harder to find matches. DICE general manager Oskar Gabrielson said at E3 2018, “our launch in October is just the beginning, you will all go on an expanding journey through the Second World War - no loot boxes, no season pass.”

Instead, Battlefield V will offer a constantly changing Tides of War mode. This will include new maps, modes, and challenges. It’s this significant change in direction that Gabrielson cites as the reason for delaying Battlefield V into late November in a statement released today.

"We believe we have one of the best Battlefield games ever on our hands.  A game that will deliver on an emotional journey through the return of unseen single player War Stories, a deep multiplayer experience, Battle Royale, along with our new live service, Tides of War - a journey across multiple theaters of WW2 and designed to keep our community together.

"With the Open Beta just around the corner, we are excited about the millions of you who will join us and experience the game. And we fully expect to see even more feedback coming our way.

"And that’s why we’re moving our launch date. We’re going to take the time to continue to make some final adjustments to core gameplay, and to ensure we really deliver on the potential of Tides of War."

The delay puts the upcoming Battlefield V beta, which begins on September 6, nearly three months before the game’s launch. EA has been widening the gap between beta and release for the Battlefield franchise over the past few entries.

The wide gap between open beta and release gives EA more time to respond to player feedback. It also helps alleviate negative end-user perception of a beta running so close to release that it’s hard to fathom how any meaningful changes could be made by launch.

The market is reacting to the change in Battlefield V’s release with a sharp decline. EA’s stock price is down nearly nine percent (almost $12) since the announcement. There has been some rumbling that Battlefield V pre-orders are underperforming at retail. However, digital sales continue to mount, evidencing a continuing change in how a significant portion of the market purchases video games.

It’s likely EA will bounce back as Battlefield V’s release nears. Put in perspective, EA stock was trading at an all-time high $148.93 in July. The current price brings the share value down to April 2018 levels, and the same as this time last year. In other words, while EA stock might be coming out of the stratosphere, shareholders still have reason to remain patient.

Battlefield V’s new release date puts launch in between Fallout 76 on November 14 and Darksiders III on November 27. That’s much less aggressive competition than the original release date and far enough away from Red Dead Redemption 2 that fans might be ready for something new as Thanksgiving approaches.