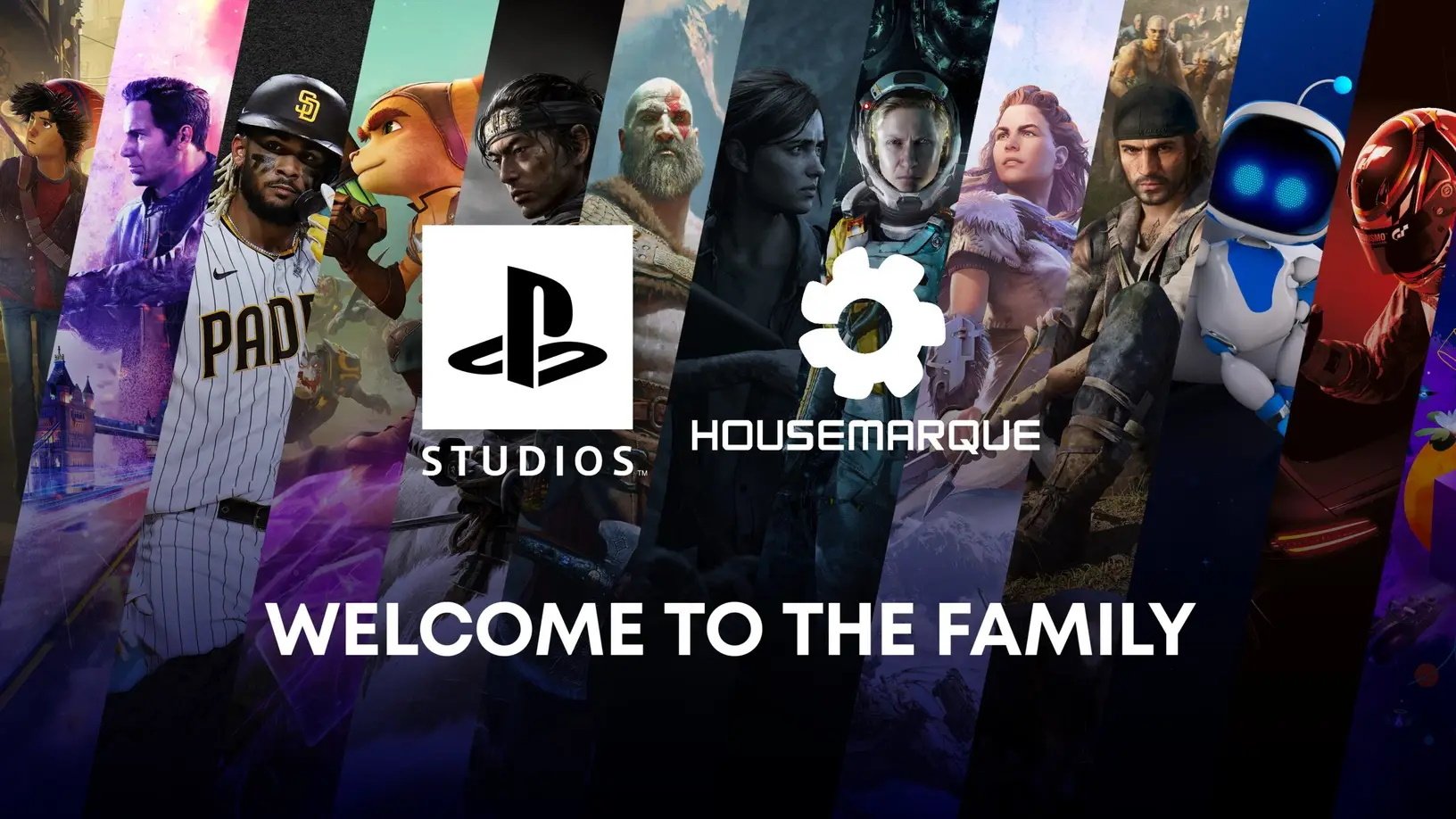 Sony has acquired Finnish development studio Housemarque for an undisclosed sum. The Returnal and Resogun developer is the 13th studio in Sony’s portfolio and joins the likes of Naughty Dog, Insomniac, and Sucker Punch, giving it the chance to continue expanding its creative capacity.

“Today is a big day for Housemarque, and it has been over 26 years in the making,” Housemarque co-founder Ilari Kuittinen said in a PlayStation Blog statement. “This gives our studio a clear future and...with the backing of SIE and its family of studios supporting us, we can truly grow into our place in the industry and show what Housemarque can create with no limitations.”

Housemarque began working with Hermen Hulst, head of PlayStation Studios, at least a year before it published Super Stardust HD in 2007. Kuittinen told British GQ that Housemarque acted in an advisory capacity, helping Hulst’s team complete and launch Killzone: Liberation for the PlayStation Portable, and the relationship developed from there.

While Sony is exploring ways to reduce gaps between its major releases, such as through the TV and film studio PlayStation Productions, Hulst told GQ that closeness influenced Sony’s and Housemarque’s decision to join more than profit potential or a need to compete with Xbox.

Hulst told GQ his goal for Housemarque was different.

“We're very selective about the developers that we bring in,” he said. “Our last new acquisition was Insomniac, which has worked out very well. I'm always looking for people that have a similar set of values, similar creative ambitions and work very well with our team that we can further invest in and help grow as creators. It's not like we're going around and just making random acquisitions.”

Returnal was certainly more of a step forward for Housemarque than it was a major profit maker for Sony. The grim roguelike is one of just two PlayStation 5 exclusive games to release so far in 2021, but debuted at the bottom of the NPD Group’s top 10 sales figures for April, behind the likes of NieR: Replicant and Outriders.

However, Kuittinen wasn’t shy about the prospects Sony’s acquisition opens for his studio.

“Recently we started to do something bigger, something more ambitious and we had a lot of collaboration with various studio teams as well,” he said to GQ. “The results were great and that started to bring some ideas of what the future might look like. I think Sony is the partner that’s best positioned to help develop even further.”

Still, this is a business relationship. While Hulst might have put the focus on close relationships and helping a longtime partner grow, Housemarque still has strategic importance for PlayStation.

“Housemarque is a proven studio that has delivered high quality titles for PlayStation in the past, and it sure seems like a great fit looking from the outside,” NPD Group senior analyst Mat Piscatella told GameDaily. “Acquisitions are always based on an evaluation of future value, so this move certainly signals that big plans are likely in store.”

One of those plans involves expanding PlayStation’s presence in Europe as well. Hulst said Sony will help grow Housemarque through a number of workshops and other resources, but acquiring the Helsinki studio also gives PlayStation a foothold in Scandinavia, an area both Hulst and Kuittinen are eager to see develop further.