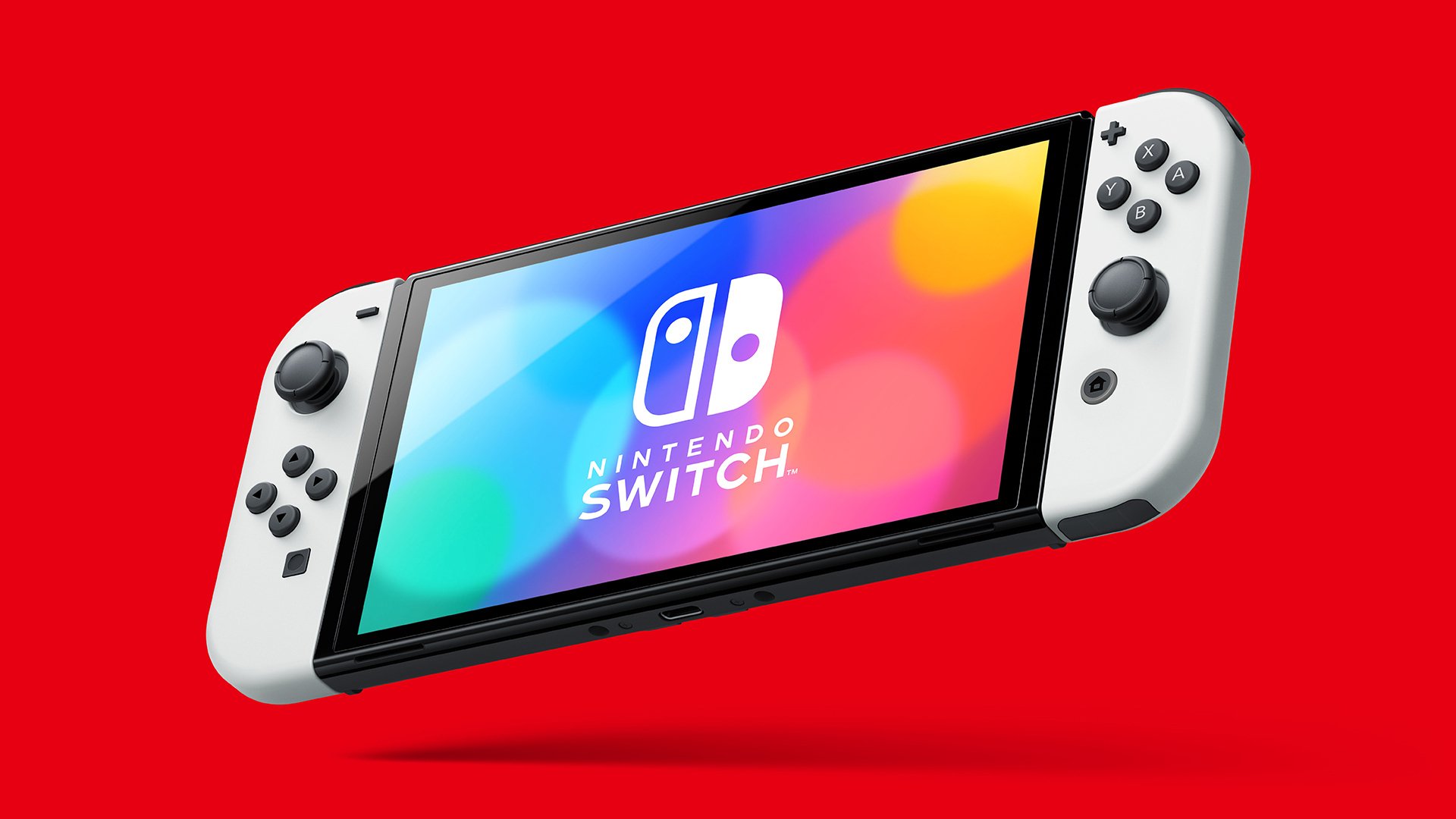 Nintendo has announced the Nintendo Switch (OLED model) in a surprise social media post three weeks after its E3 2021 showcase and set the hardware’s launch date for October 8, 2021. As the name suggests, this new Switch model boasts an OLED screen, along with a wider kickstand, improved audio, and larger internal storage.

The reveal follows months of speculation and industry reports that Nintedo planned a significant hardware revision with improved processing and visual power, upgrades the OLED model doesn’t have.

However, it’s likely Nintendo never intended such a substantial upgrade to begin with, not while the current Switch continues to sell well.

“The new Nintendo Switch (OLED model) is a great option for players who want to experience the new vibrant screen when playing in handheld and tabletop mode,” Nintendo of America president Doug Bowser said in an official statement. “With the addition of this new model to the Nintendo Switch family of systems, people have an additional choice of a system that best fits the gaming experience they desire.”

In other words, the new Switch model is positioned to fulfill the same role as Nintendo’s previous hardware revisions.

“As the new device is only slightly more expensive and the upgrades are largely quality of life and not power-related, I think it will eventually replace the original Switch as the flagship model,” Ampere Analysis senior analyst Louise Shorthouse told GameDaily. “This will bump up ASPs [average selling prices] for Nintendo moving forward, particularly as the number of units being sold starts to decrease.”

Nintendo employed a similar strategy over more than two decades of hardware lifecycles. The Game Boy Advance SP released two years after the base Game Boy Advance model and offered a handful of quality improvements, such as screen lighting and a rechargeable battery. Then in 2006, the Nintendo DS Lite streamlined the original DS’ hefty design.

The 3DS XL provided easier viewing at the expense of visual fidelity, but struck such a chord with the U.S. market that Nintendo decided to only sell the extra-large version of its New 3DS system in that region.

NPD Group senior analyst Mat Piscatalla told GameDaily these slight enhancements will likely be enough to capture an audience once again, in part thanks to Sony and Microsoft’s continued supply shortages.

“The packaging is slick, the new screen and speakers are good for front-of-box, and I'm sure this product will do quite well, particularly during the gifting season,” he said.

“Having a revised Switch model on shelves is going to be an appealing option for those already looking for a Switch as well as for those that may be disappointed when they cannot find other new consoles available,” he told GameDaily. “It's a somewhat conservative iteration that is well positioned for its release timing.”

Rumors continue to circulate that the OLED model is not the long-awaited, so-called Switch Pro and that Nintendo plans to release either a more powerful Switch system in 2022 or a dock that increases the console’s processing power. Some analysts speculate pandemic-driven component shortages may have forced Nintendo to delay a potential "Pro" model out of 2021.

Independent analyst and former GameDaily contributor Mike Futter said the OLED model could be Nintendo putting a positive spin on a difficult situation.

“If component shortages led to a minimal upgrade in the OLED model, Nintendo could have pulled the plug entirely,” Futterrsaid on Twitter. “They could have chosen to wait and inventory the screens for now. Instead, they made the best of the situation and revised. That’s not an easy decision… especially if timing means this is the only refresh before a generational shift.”

However, Shorthouse isn’t quite as convinced the Switch Pro exists--or that it even needs to.

“I think that this device is the ‘Pro’ that has been rumoured for so long,” Shorthouse said. “Graphics and frames per second are clearly less important to Switch users than they are to users of other consoles. It's primarily the content that drives its popularity, and most first-party Nintendo games run perfectly well in the Switch's current state.”

Any upgrades beyond that would likely be reserved for a Switch sequel, she said, since enhancements to the system’s sensory experience are enough to increase its immersiveness and “resonate with the Nintendo brand of content.”

Piscatella believes it will also likely be enough for the time.

“While it isn't the much touted and rumored 'Pro' or 'Super' model so many reports promised, it really doesn't need to be,” he said.