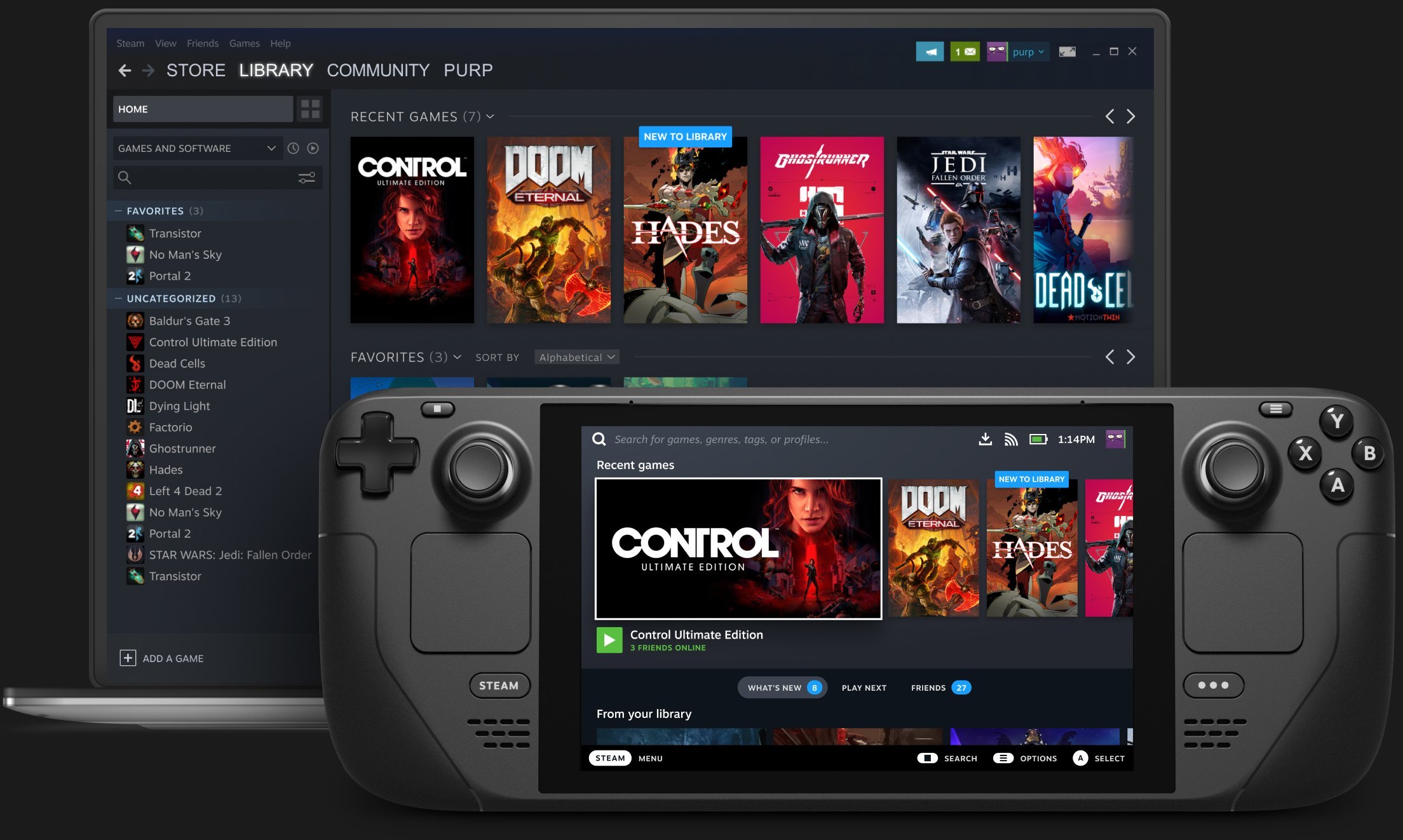 Valve announced Steam Deck, its first handheld console, following several months of rumors fueled by teases from company founder Gabe Newell. It boasts nearly every feature users expect from Steam and PC, and the Half-Life developer calls it “the most powerful, full-featured gaming handheld in the world.”

This is Valve’s second foray into the console market, following the ill-fated Steam Machine in 2016. That console had a similar purpose -- aiming to replicate the Steam experience for a different audience -- but multiple factors meant the system floundered almost as soon as it shipped.

Chief among those was price. Steam Machine sold from anywhere between $600 and $1,400 depending on the model consumers wanted. The so-called “Steam Box” was essentially a range of gaming computers in console form and came in more than a dozen varieties, while offering consumers little incentive to purchase it instead of a mainstream system or a gaming PC.

Valve will ship three models of Steam Deck ranging between $399 and $649, but the only difference is the storage type and capacity.

Another significant difference is the market Steam Deck will release into. Roughly half a year after Steam Machine launched, Ars Technica described the console as “a solution in search of a problem,” something Valve developed to undermine Windows without finding a clear audience for it. Games also performed poorly compared to the same software running on Windows.

Steam Deck promises a smoother experience for users and developers, however. A new Steam operating system and a feature called Proton lets games run on the console without developers having to port them. While the handheld’s actual performance could deviate from Valve’s promises once it releases later in 2021,  IGN’s early hands-on experience with Steam Deck showed it could handle graphically demanding games such as Star Wars Jedi: Fallen Order with minimal problems.

On the product overview page, Valve also promised to work with vendors to implement anti-cheat software so games such as Apex Legends will work with no obstruction.

Niko Partners senior analyst Daniel Ahmad believes it’s a promising start for the handheld, one that could see Steam Deck succeed where other handheld PCs, such as the GPD Win 3, failed.

“The combination of the custom AMD APU paired with Steam OS means 8,000+ games, including high end AAA games, can be played smoothly on the device out of the box,” Ahmad said on LinkedIn. “It is without a doubt the largest day 1 library for a dedicated gaming device. Most games can run natively, but it is worth noting that other devs will still need to optimise games. However, the barriers are not as high as porting to Switch.”

Gabe Newell told IGN the Steam Deck’s price point was “painful,” but Ahmad said Valve can take risks with the system, including selling it at low profit margins. Much like Xbox with Game Pass and xCloud, Valve has other revenue sources, not least of which is selling software for the Steam Deck.

“It's not that Valve needs to sell a certain number of games per device, but more that if the device is successful it will expand engagement and spend across this extended PC gaming ecosystem, including Steam,” he said.