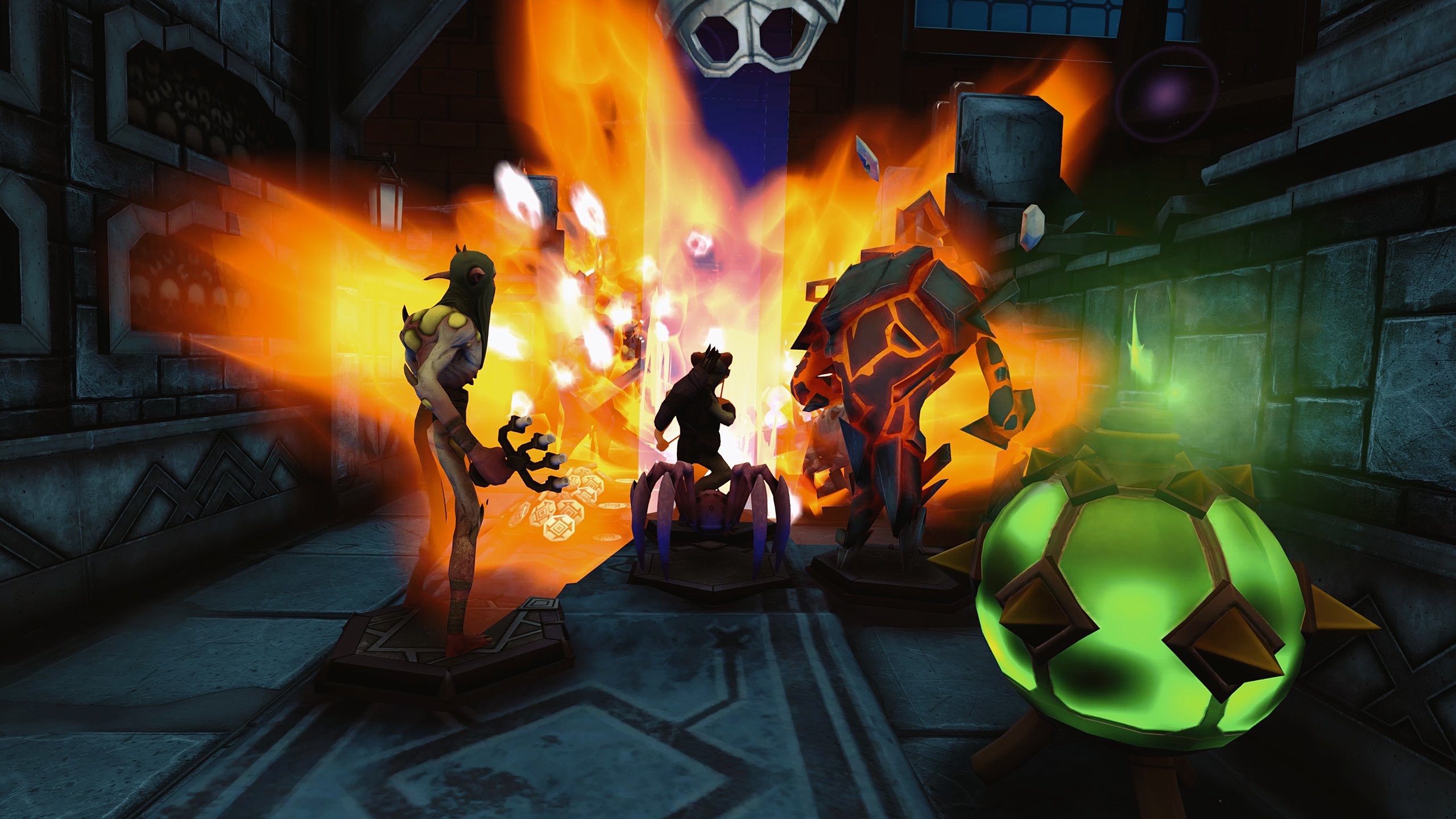 Last week, VR studio Resolution Games announced the closure of an impressive $25 million Series C funding round, which was led by Qualcomm Ventures and Bitkraft Ventures. The investment follows the release of VR dungeon crawler Demeo in May, which has been lauded by critics and consumers alike. Before that, the studio launched, among several others, Blaston, and Cook-Out: A Sandwich Tale, both of which have been well-received.

“With our quick growth over the past year, and our plans for expansion in the future, this will allow us to not just keep the momentum going, but to accelerate it,” Resolution CEO Tommy Palm told GameDaily. “We are ready to really double down on VR and AR, while securing our position in a way that allows us to innovate and take larger steps forward--not only for ourselves, but for the industry as a whole as it moves more toward a model of live games.”

Looking at the big picture, Resolution commands a strong presence in the VR segment. Admittedly, demanding hardware requirements and a seeming lack of must-play titles means that the audience for VR is limited, making the $25 million funding round all the more notable. For Lewis Ward, who specializes in the VR and AR segments at analyst group IDC, Resolution Games is doubtless a heavy hitter in the sector.

“I believe that at least three Resolution Games titles have at least made the $1 million-plus club on the Oculus Quest platform to date: Angry Birds VR, Cook Out, and Acron,” Ward told GameDaily. “Basically, Resolution is striking while the VR iron is hot, and it’s mainly been hot due to the Quest II launch last October. I mean, until PlayStation VR 2 arrives presumably late next year, consumer VR is Oculus’ world and we’re all just living in it.”

Ward said that Resolution has an excellent story to tell investors regarding its performance over the last year, but the past is just one part of attracting capital. The other major aspect to consider is the studio’s future, which appears bright enough that it can command last week’s substantial investment.

“Tommy Palm has talked about taking Resolution Games into the publishing field for some time,” Ward explained. “I suspect we’ll see some other games coming out in the next year with Resolution as the publisher but the developer. Of course they’ll also have some new or updated games from internal dev teams, so I think the additional funding is about driving those efforts into profitability as soon as possible.”

For Palm, the opinion that VR is too niche a market to become truly mainstream speaks to many mistruths surrounding the segment. He pointed out that the global VR market is expected to reach $31.2 billion by 2026, with the number of users projected to reach 216 million by 2025.

“There are more VR users entering the market than ever before, which we’ve seen in the growth of our download numbers across nearly all of our titles,” Palm explained. “We’ve also seen that people are also playing more often and for longer periods of time in our games.”

Palm said that Asian markets in particular are enjoying a period of growth, with China, Japan, and Korea all exhibiting gains in recent years. Further, a number of new big-name entrants into the VR market highlight its longevity.

“Not everyone has to love VR, and that’s ok. But on the business side of things, all signs are pointing to VR being in a healthy position to continue its momentum forward, which we are seeing as are our investors.”

Given the games industry’s larger shift towards games as a service, Resolution is looking to bring that business model into the VR space. Already the studio has provided post-launch support to the majority of its games, which Palm said has been well-received by fans. The biggest hurdle, though, is allocating the workforce to maintain and update live-service titles; Palm said that a significant portion of the funding round will be used in this way.

“We plan to scale ahead of the projected market growth and dedicate more resources to ongoing development of our existing titles and as well as development of new IP.”

All told, Palm is excited about where the VR industry is at the moment, and where it’s heading. Resolution’s plan to double down in that regard will shape much of its business decisions in the coming years. Already the studio is a leading name in the segment, and with a $25 million influx it stands to find itself in an even better position as a market leader.