Unity to acquire Parsec for $320 million 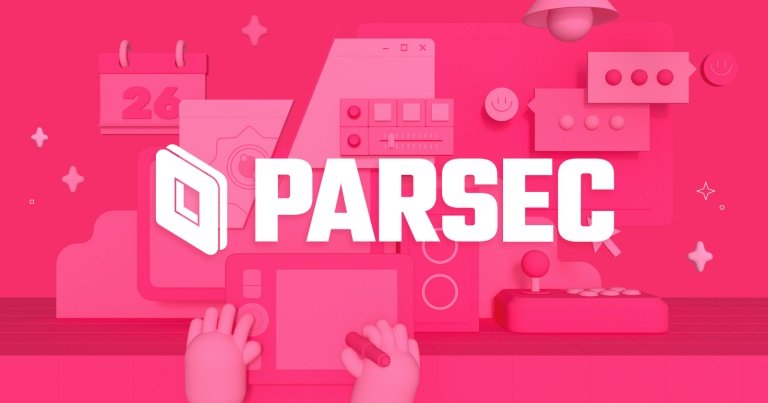 This week, 3D engine company Unity has announced that it has entered into an agreement to acquire Parsec, a “remote desktop” platform that allows users to stream projects and workspaces to any device. The deal is worth an estimated $320 million, and is expected to close sometime during Unity’s third quarter.

Built primarily for those working in programming, post-production art, editing, and similar GPU-reliant fields, Parsec has made a name for itself in the world of team-based, collaborative 3D rendering. By employing the company’s technology, users can collaborate on a project no matter where in the world they may be.

Considering that the games industry also trades in CPU-intensive work, it’s unsurprising that Parsec has carved out a foothold there; major studios like EA, Ubisoft, and Square Enix have embraced Parsec for Teams, the company’s flagship subscription-based product.

“We started Parsec more than five years ago knowing that if we were able to create a streaming technology that worked for gaming, it would have applications across an incredibly diverse array of use cases and industries,” Parsec CEO and co-founder Benjy Boxer told GameDaily.

Given the nature of Parsec’s work, it’s perhaps expected that business has been booming amid the COVID-19 pandemic. With an enormous number of businesses utilizing remote work, Parsec has seen a staggering 170% year-over-year growth in subscriptions.

“The pandemic accelerated the need for [our technology] faster than we ever could’ve imagined,” Boxer said. “Millions of people were confronted by remote work for the first time, and it was clear that those who relied on powerful, GPU enabled workstations to do their jobs were going to have a pretty hard time staying on track. We launched Parsec for Teams as a direct response to that newfound need.”

For Marc Whitten, senior vice president and general manager of Unity’s Create Solutions division, Parsec’s exponential growth is certainly an attractive prospect. It’s not just potential revenue that Unity is eyeing, though--the possibility to offer yet another product to its developers is also enticing.

“The work of game development and creative professionals is high fidelity, interactive, and immersive and only getting more complex as creators shift to real-time 3D (RT3D),” Whitten told GameDaily. “Parsec has addressed the unique requirements to support this type of high-performance processing no matter where creators are, showcasing technology that is both highly innovative and prescient. We believe Parsec is a rocketship and we’re very excited to support their future growth.”

Whitten explained that Parsec’s work is very much in line with Unity’s goal of bolstering its cloud-based work potential. After all, creators should expect to work from anywhere on any device, he said.

For Boxer, an acquisition by Unity affords Parsec the opportunity to fine tune its technology. In gaining access to Unity’s enormous network of developers, Boxer hopes to learn and grow.

“Unity works with a massive network of creators looking down the transformation toward hybrid work, and we think Parsec can play a huge part in their workflows,” he said. “We think that we’ll have the opportunity to learn a lot from Unity, and we believe that Unity can learn from our experience growing and building the business and product.”

Both Boxer and Witten pointed out that the deal isn’t final yet--the announcement is more of an intent to acquire than it is a formal acquisition--but the two are optimistic that the purchase will go forward without any hiccups. If and when it does, Boxer is confident that Parsec can continue to grow its clientele and further diversify the industries it services.

Company growth, cloud technology, and RT3D aside, Boxer expressed gratitude at the opportunity to work in the games industry.

“We just want to share how truly grateful we are to provide software to the creators who build the experiences we love, and to serve our millions of customers using Parsec. It’s such a pleasure to hear your feedback and to deliver the best product we know how to create.”

This enthusiasm for the games industry has endeared Boxer and Parsec to Whitten. It’s a quality that he said defines any potential acquisition, no matter the industry.

“Every great acquisition starts with the team,” Witten explained. “When we first got to know Benjy, Chris, and the team at Parsec we were incredibly impressed by the technology they delivered but also by how they delivered it. They are passionate missionaries, entrepreneurial, and unmistakingly customer motivated.”

As a result of Boxer’s friendly nature, Parsec has earned a reputation as one of the best places to work in the games industry. With a sentiment like that, it’s hard to imagine that the purchase will fall through.