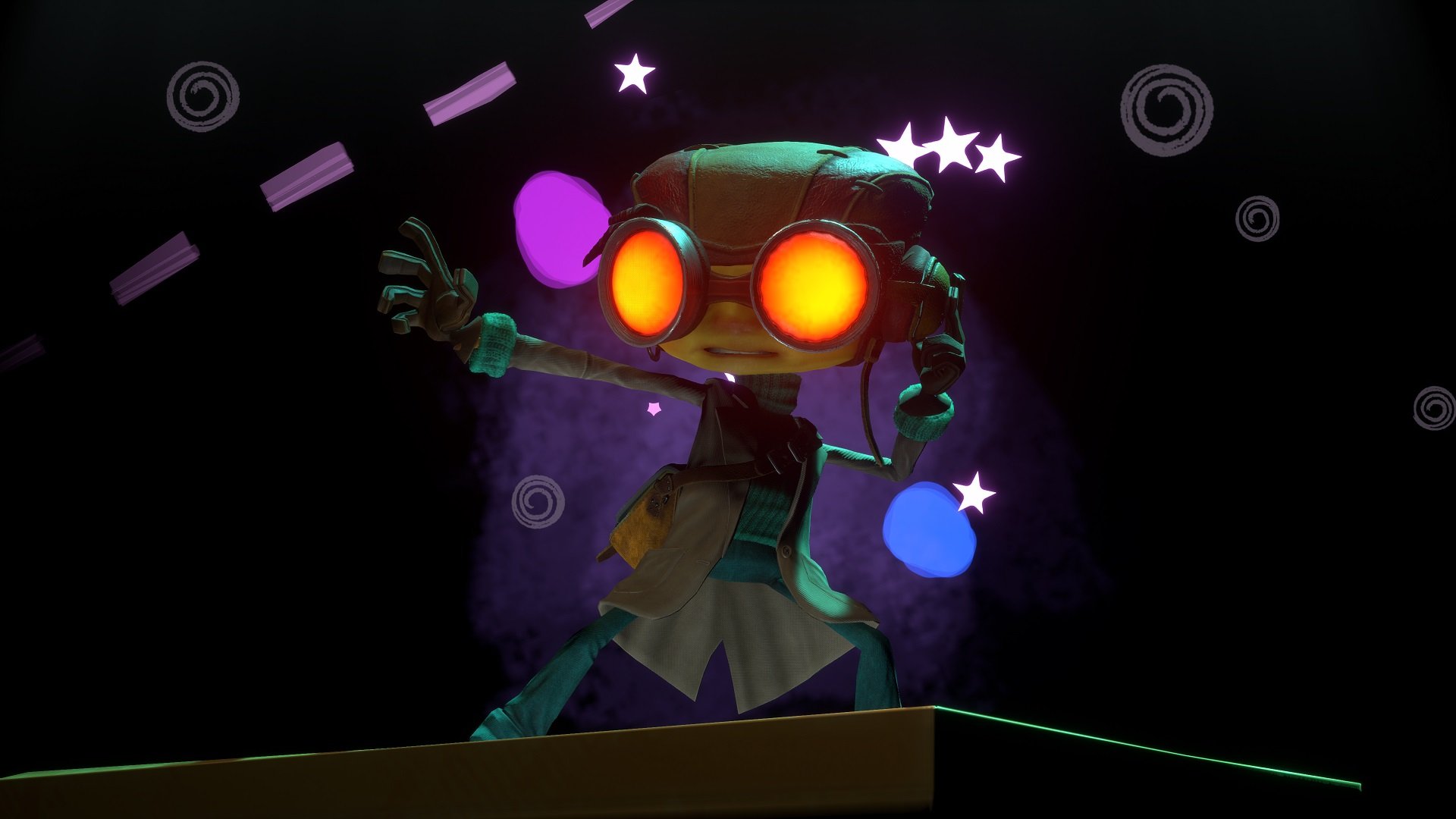 First announced at the 2015 Game Awards, the much-clamoured-for sequel to 2005’s beloved action/platformer has been put through the ringer. Following the announcement--and a successful crowdfunding campaign--the game was delayed a number of times. A lack of resources was one of the primary reasons cited by developer Double Fine, but Microsoft’s acquisition of the company in 2019 helped stabilize things.

Before then, however, Psychonauts 2 seemed to be in a perpetual state of purgatory. It was originally meant to release in 2018, but was delayed three throughout the course of development.

With the original game having gained something of a cult following, expectations for Psychonauts 2 are certainly high. Luckily, it seems that Double Fine has largely delivered the goods here if early reviews are any indication.

In her review for Fanbyte, reporter Elise Favis praised the game’s level design as well as the offbeat sense of humor that characterizes much of Double Fine’s catalogue.

“Creator Tim Schafer’s off-the-wall humor shines through every space you explore and through the tightly written, pun-filled dialogue,” Favis wrote. “I particularly loved chatting with all the talking cutouts in a world built from papers and books. A paper cat would randomly warn me not to drink surrounding murky water because it’s “filled with mercury,” or I’d discuss with a fleshless image of the human anatomy whether he can feel pain and if he regrets donating his body to science.”

For Ty Galiz-Rowe, the highlight is the game’s willingness to tackle uncomfortable topics and how difficult it can be for adults to reckon with their past.

“The main point of Psychonauts 2 ultimately becomes about reckoning with past mistakes and failures, while trying to move forward in a better direction,” Galiz-Rowe wrote in their review for VG247. “For [main character] Raz, this means learning hard truths and having to find forgiveness and compassion within himself to extend to the adults around him. For those adults, it’s about getting it together and facing the past together, rather than shirking responsibility and hiding away with their grief, loss, and regret. This is where the game shines brightest.”

On the surface, the conceit of dealing with serious topics and mental health issues such as depression or isolation may feel at odds with the bright, cartoonish aesthetic of Psychonauts 2. However, according to Garrett Martin at Paste Magazine, such problems are explored much more thoroughly and thoughtfully than might be expected.

“Psychonauts 2 is a hilarious, warm-hearted, all-ages platformer that does a better job of exploring real human emotions than any grim, pretentious, AAA cinematic game,” Garret wrote in his review.

Over at PCGamesN, reviewer Dustin Bailey called Psychonauts 2 Double Fine’s best work today, lofty praise considering a catalogue that includes Grim Fandango, Brutal Legend, and Broken Age. Bailey said that the game’s approach to the examination of mental health has been informed by the evolution of the field that has occurred since the release of the first Psychonauts 16 years ago.

“You’ll meet an alcoholic whose mental world is a literal ocean of regret with piles of empty bottles just below the surface,” Bailey wrote. “Another character’s social anxiety and self-imposed isolation has created a mental world where their friends offer judgements like “slightly better than a mouthful of nails” on a high-stakes cookery game show.”

It’s not a perfect game, though, with some reviewers--including IGN’s Tom Marks--pointing out that controlling the game can feel a bit unwieldy every so often.

“Moving, jumping, and attacking are generally responsive and satisfying, but they can also be a little clunky at times,” Marks wrote. “That might mean classic 3D platforming issues, like not quite knowing if you’ll grab that bar you’re jumping for, or little fighting idiosyncrasies such as enemies not always always responding to attacks like you'd expect.”

Still, this isn’t enough to diminish the overall experience, an opinion shared by nearly every reviewer thus far.

And that’s the major throughline for most Psychonauts 2 reviews at the moment; it’s a game that feels classic and nostalgic while adhering to many modern design sensibilities. A thoughtful examination of mental health issues also helps elevate the game to greatness. In all, it seems the 16 year wait has been worthwhile.