Humble Bundle has raised more than $200 million for charity 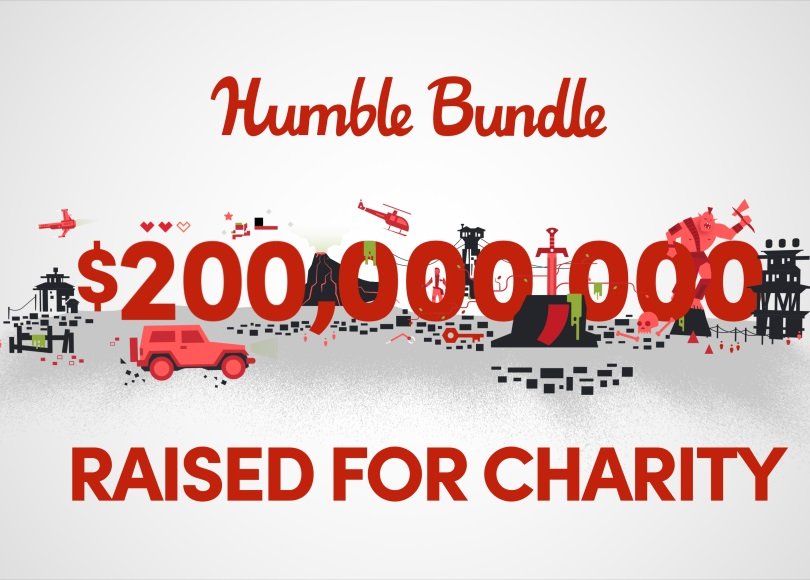 Last week, digital storefront Humble Bundle announced that it has raised more than $200 million for charity over the last 11 years. The marketplace allows users to pay what they want for heavily discounted game bundles, with much of the revenue benefiting various charity organizations.

Established by Wolfire Games in 2010, the “buy games to benefit charity” concept was eventually spun out into its own business. In the years since, Humble Bundle has branched out into other sectors, including publishing.

For Kamini Tiwari, VP of Social Impact at Humble Bundle, surpassing the $200 million milestone is the realization of the goal to leverage the popularity of gaming for good.

“As someone who loves the joy and entertainment and social connection that games provide, I’m proud to be among a massive global community that’s taking the impact of our hobby even further and making a huge difference in the lives of others,” Tiwari told GameDaily.

Tiwari joined Humble Bundle in 2020, but her appreciation for the business model goes back much further.

“I’m a true believer in the company’s mission to be a force for good by empowering people everywhere to rally behind important causes through gaming and other creative outlets,” she said.

Humble has worked with thousands of charities throughout its existence, and each month the company spotlights a different organization. When deciding on which charities to work with, Tiwari said that Humble seeks organizations whose philosophies align with their own.

Timeliness also plays a role, as Humble will often work with groups whose causes are relevant during that particular time. For example, last year Humble Bundle partnered with a number of organizations serving on the frontlines in the battle against COVID-19, such as Doctors Without Borders, Direct Relief, the International Rescue Committee, and Partners in Health.

While careful selection of its charity partners is a core part of Humble’s business, Tiwari noted that just as important is the cooperation of its many industry partners.

“We also couldn’t have reached this milestone if it wasn’t for our publisher and developer partners who believe in the inherent goodness of the community and want to find ways to contribute,” she said. “It’s remarkable how the industry as a whole has rallied behind giving back.”

“We want to continue to create innovative ways to give back and create an instant impact for important causes,” she said. “We’re also exploring other fun ideas and opportunities for reaching and engaging with gaming audiences globally and bringing even more awareness and support to the charities we partner with.”

Truly, $200 million is an impressive number. It’s heartening to see the gaming community--which has a reputation for toxicity in certain sectors--leveraged for good. Humble Bundle’s work is undeniably important, and hopefully it can keep up the momentum moving forward.