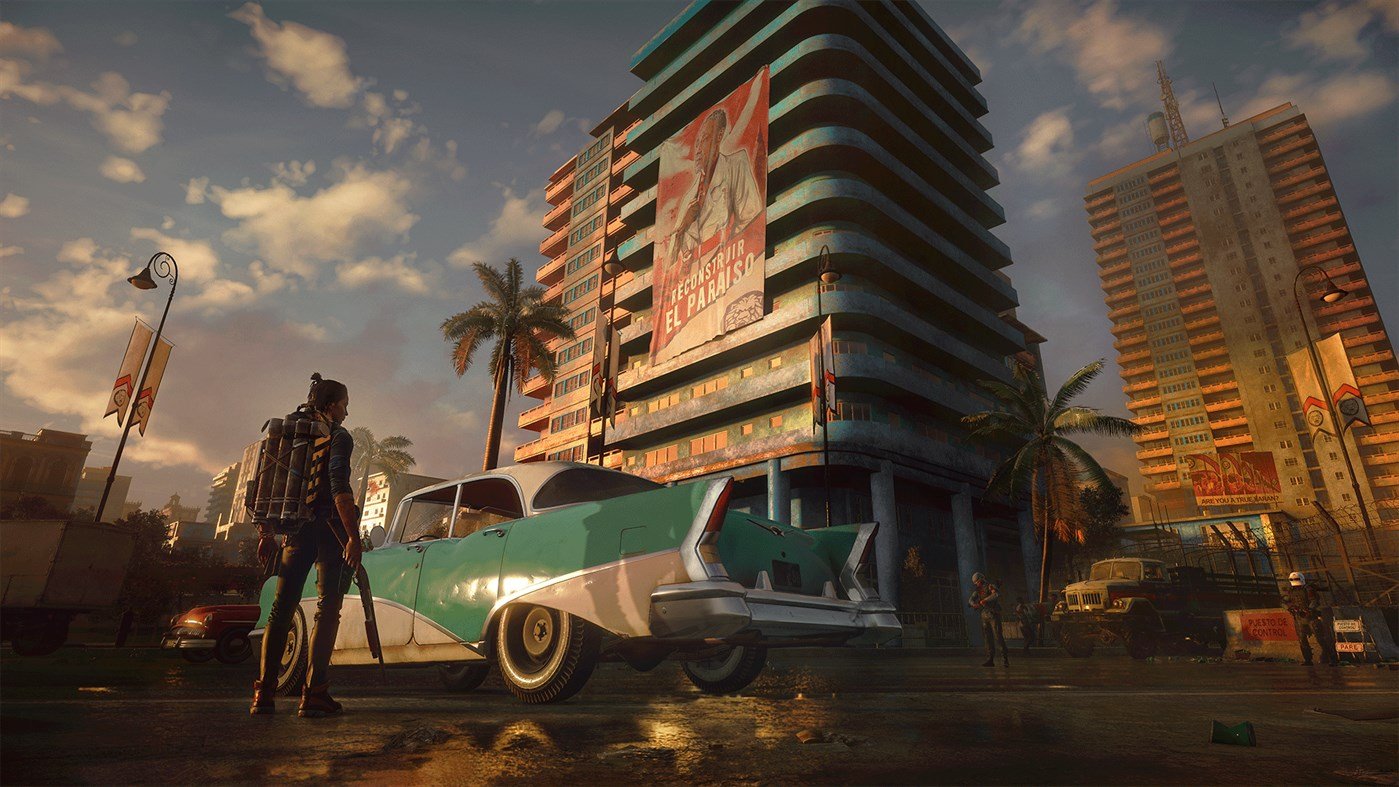 Last week, Ubisoft released Far Cry 6, the latest in the publisher’s long-running action-sandbox shooter series. The game is a multi-national effort from teams in Canada, China, and 38 other studios across the world. Its predecessor, Far Cry 5, wove a convoluted tale of anti-violence that some critics believed missed the chance to make a more poignant political statement. In true Far Cry fashion, the latest embraces politics with as much subtlety as a trained attack alligator seeking its prey.

The story centers around Dani (or Danny, if players choose a male character) Rojas, a revolutionary determined to bring the government of dictator Anton Castillo to its knees. Castillo--who is played by Breaking Bad’s Giancarlo Esposito--reigns over the fictional island of Yara, a nation stuck in time after a revolution in the 1960s propelled a corrupt government into power. Yara is a clear parallel to Cuba, and the setting is one of the more divisive elements among critics.

“Far Cry 6 is the strongest the series has ever been when it comes to turning fleets of trucks, helicopters, and tanks into fiery metal scrap,” he said “There’s a very special brand of joy that comes from speeding down a highway trashing a convoy with mounted machine guns while blasting Ricky Martin, and the sizeable arsenal FC6 puts at your disposal makes going loud an especially appealing option this time around.”

The emphasis, in nearly every review, is on “almost.” Far Cry 6’s open world does little to innovate, and adhering to the rigid formula means a feeling of fatigue sets in before too long.

“Far Cry 6 is overwhelmingly full of stuff,” GameSpot’s Phil Hornshaw said. “While a lot of its ideas seem interesting on paper, in practice, they're easily ignored. There's a whole lot to do, plan for, and keep in mind at any given time, and a large portion of it can feel superfluous and overbearing at best, repetitive and dull at worst.”

Vice’s Matthew Gault was less forgiving of Far Cry 6’s faults. He said playing Ubisoft’s guerilla fantasy felt like checking tasks off a chore list, and he stopped playing after a few hours.

“This isn’t a review of Far Cry 6 because, honestly, I can’t play this shit anymore,” Gault said. “I just can’t do it.”

Reviewers were generally less positive in their evaluation of Ubisoft’s efforts at creating a sympathetic and believable Latin American nation.

“FC6 clearly wants to be a more socially responsible game than its predecessors and – to its credit – it does make an effort to tackle some social issues, even if the script might stumble a bit over the reality of some of those moments,” Ryan said. “But it still feels trapped between presenting an authentic representation of Latin American culture and a gonzo’d-up version designed to please mainstream Western audiences.”

Diego Arguello, writing for Polygon, called it a waste of potential. He pointed out Far Cry 6 was frequently at odds with itself, presenting a believable and beautiful depiction of a Latin American nation on one hand while falling into distasteful stereotypes on the other.

In short, Far Cry 6 is a Far Cry game. Whether they enjoyed toppling a fascist dictatorship or couldn’t stand the thought of another open-world task list, nearly every reviewer agreed it’s time for a change, and not just in Far Cry. As the games industry enters a new generation of console experiences, it’s clear the old model of worldbuilding and immersion needs to evolve as well.