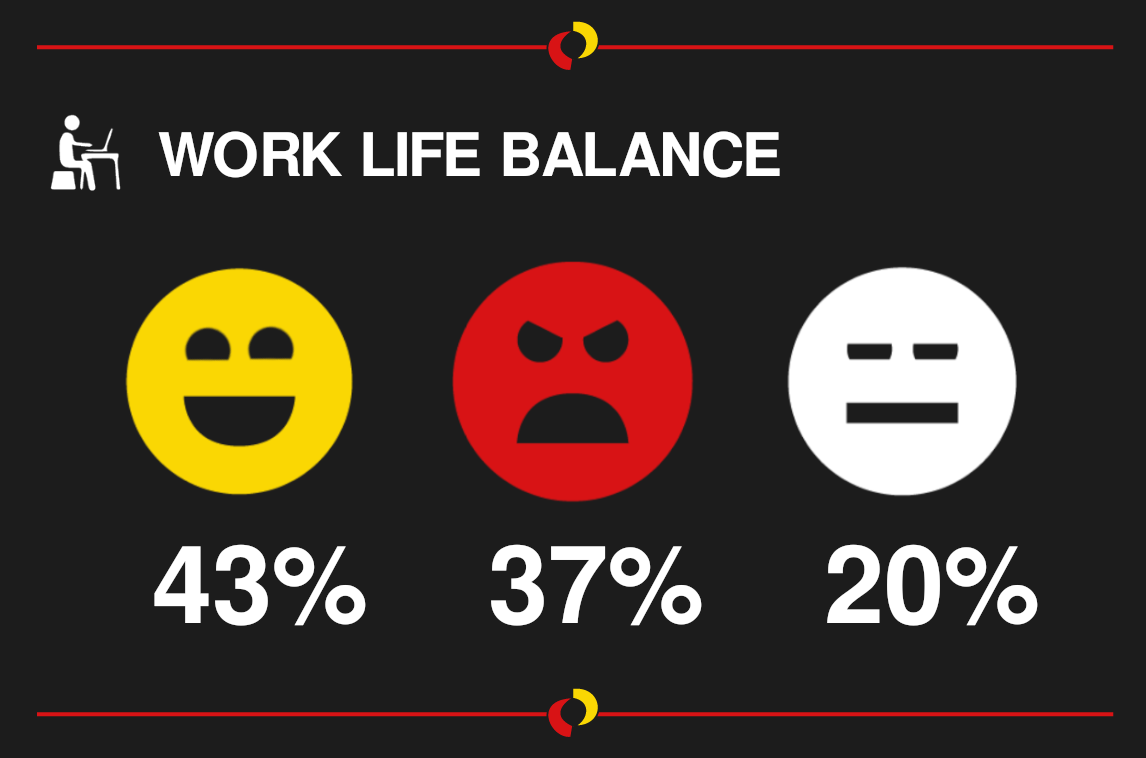 This week, the International Game Developers Association (IGDA) published its seventh Developer Satisfaction Survey (DSS), a biennial snapshot of the working conditions and diversity of the video game industry. 803 industry professionals responded to the survey in one way or another, providing insight into some of the most important topics facing workers today, and their answers highlight significant demand for unionization, increased diversity and representation, and better protections for marginalized people.

According to the report, this year’s DSS featured more ethnic and gender diversity than any past iteration, with 30% of respondents identifying as women, and 8% as non-binary, gender fluid, or genderqueer. Among those surveyed, 74% of all respondents said that there is not equal treatment and opportunity for everyone in the games industry.

This view is compound by the fact that only 38% of respondents said formal complaint procedures for diversity, equality, and inclusion (DEI) issues were in place at their company, with 41% feeling that policies surrounding DEI were adequately enforced at their workplace.

“I am not surprised to see a growth in the number of developers desiring increased diversity in game content, their workplace, and the overall game industry, but I was surprised that [so few respondents felt] their company's EDI policies were adequately enforced,” Renee Gittins, executive director of the IGDA, told GameDaily. “It would seem that there is a dissonance between the desire for diversity among the game industry workforce and the implementation of programs to support such diversity by game industry leadership.”

One potential countermeasure to this perceived inequality is unionization, with 78% of respondents supporting a potential nationwide games worker union, and 62% supporting an international union. It’s a concept that has gained steam in recent years, especially as AAA studios like Activision Blizzard and Ubisoft continue to come under fire for discrimination and harassment.

Gittins noted that unionization on a national scale is more likely to occur in countries that already have well-established practices, like many countries in Europe. However, countries with opaque and turbulent union laws are less likely to see nationwide unions. Still, unionization is an undeniably powerful way for workers to protect themselves against discrimination from company leadership.

Still, union membership among respondents has doubled from 6% in 2019’s DSS to 12% this year.

“It is important for developers to understand all of the options available to protect their best interests,” Gittins said. “Unions are one such tool that can provide additional job protection, negotiation abilities, and increased workplace benefits and beneficial policies.”

Beyond protections based on gender and diversity, unionization has the potential to help workers avoid crunch, a topic that has been the center of muchdiscussion in recent years, especially as COVID-19 wreaks havoc on the industry. According to the IGDA’s data, 47% of respondents said that crunch is expected as part of their job, an increase from 42% in 2019.

In most cases, crunch is an order that comes down from company leadership, but Gittins said that developers themselves can play a part in mitigating the taxing practice.

“I think game developers need to keep in mind that they are interviewing companies for a role as much as they are being interviewed,” she said. “The best people to hold companies accountable for crunch culture are developers themselves. While not all developers have the luxury to pick and choose among opportunities, the ones who can should stand firm against such practices.”

Among developers experiencing crunch, it’s freelancers that bear the brunt; only 27% of self-identifying freelancers said they work acceptable hours, instead working far more than a standard 40- to 44-hour week. Instead, the majority of freelancers--45% to be precise--said that 50- to 59-hour weeks are far more common.

“Freelancers express the highest employment uncertainty and are often brought onto projects which have fallen behind on milestones, both of which I think contributes to their tendency to be in and stay in crunching situations,” Gittins said. “I have also seen a rise in companies concerned that while their internal teams are not subjected to crunch any more, that they may be outsourcing crunch to freelancers and supporting studios.”

In a separate report, the IDGA also measured the impact of COVID-19 on the game development industry. It’s no surprise that the data notes a number of negative impacts, especially among freelancers--72% of freelance respondents said that their ability to find work was negatively impacted by the pandemic. With the majority of the industry working from home during the height of the pandemic, and the cancellation of in-person events and expos, the networking opportunities for freelancers plummeted.

All told, much of this year’s DSS highlights the work that needs to be done within the industry regarding diversity and inclusion. For Gittins, statistics like the 74% of respondents who said there aren’t adequate protections for diverse workers are telling, and it falls to industry leaders to address the issue.

“I believe the main takeaway of the DSS is that we must come together to improve our industry and ensure it is supportive of the wonderful creatives who fuel it,” she said. “However, change from the top is necessary to implement many of these improvements.”