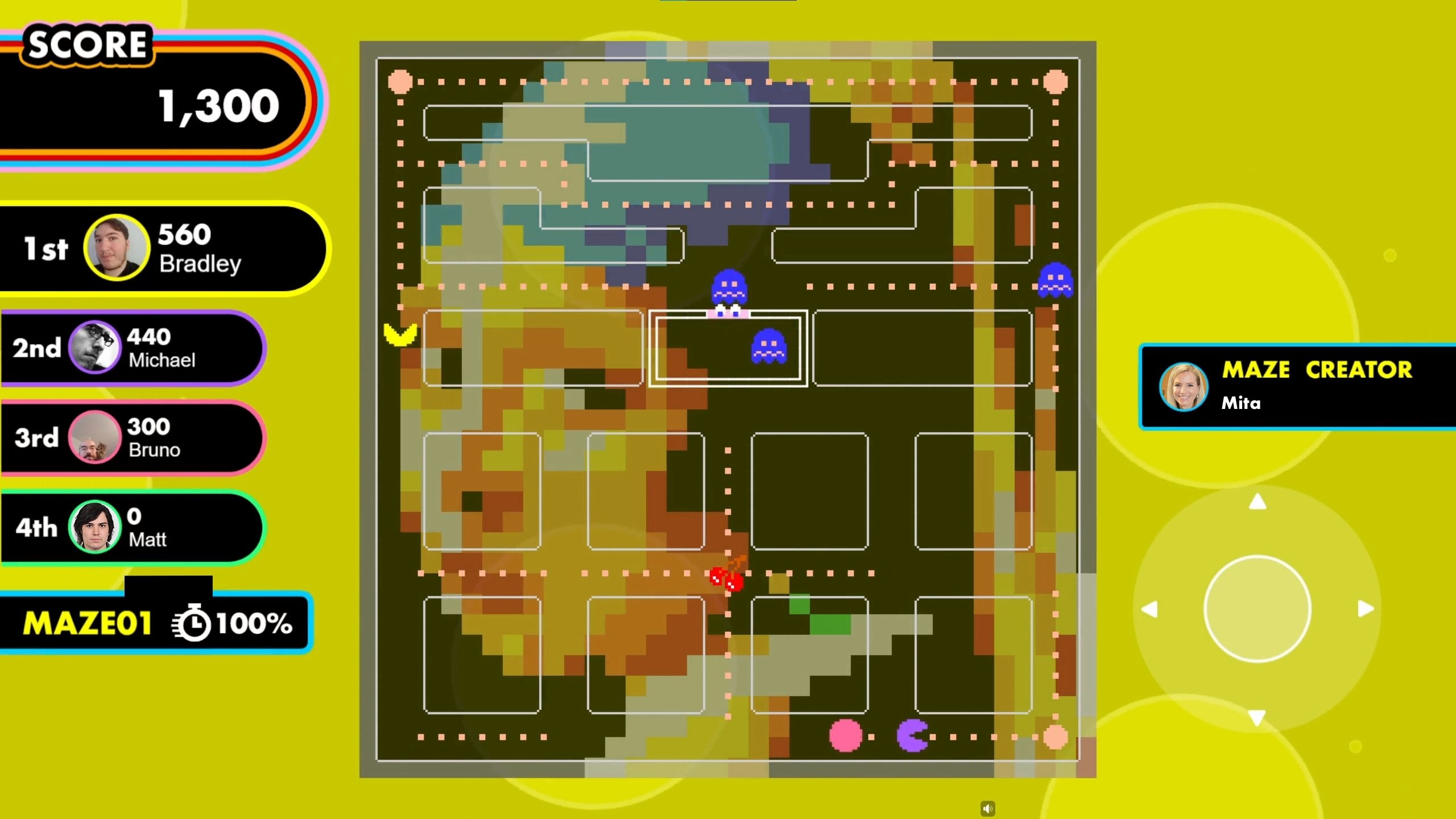 Genvid Entertainment, Facebook Gaming, and Bandai Namco have announced Pac-Man Community, a new social-driven Pac-Man game designed for Facebook that Genvid CEO Jacob Navok believes could herald the start of a significant innovation in gaming. On the surface, it’s nothing more than a multiplayer version of classic Pac-Man, but dive a little deeper and a host of implications for the future of social gaming become apparent.

Pac-Man Community is a multifaceted game; part online Pac-Man and part social experience. The main mode is called “play,” and sees teams of four players challenging a series of mazes that grow more complicated with each success. “Create” mode allows users to develop their own Pac-Man mazes by using a wide variety of tools and backgrounds. The game will legerage user reviews in order to curate Pac-Man Community’s maze lists and alert Genvid when a user creation violates terms of use.

These modes combine into just one aspect of Pac-Man Community, though. The game is part ofFacebook Gaming’s continued expansion and includes unique features designed to take advantage of the platform and its reach.

“This is the most social, most mobile game of Pac-Man ever, and it's going to be utilizing a number of new features and technologies with Facebook, including being able to play with the streamer and its ‘Play, Watch, Connect’ framework that allows us to put interactive video inside of a Facebook instant game,” Navok told GameDaily.

Navok said this setup avoids common troubles other massive online games encounter, such as server congestion, and is one of the only ways to create an environment that fosters shared experiences via Facebook Gaming’s “watch” and “connect” ethos.

Pac-Man Community features a mode called “Watch,” which will launch in a beta form first. In this mode, Pac-Man’s 2D mazes are transformed into isometric, 3D spaces. Initially, these mazes function similarly to other user-created labyrinths in Pac-Man Community. However, Navok said that ghost behavior and other factors will change based on how viewers interact with it and how they connect with others playing.

Meanwhile, a “Connect” mode allows viewers to join with streamers who are also playing in Watch mode, or to help influence how someone else is playing.

“Fortnite concerts are a good example,” he said. “We're all watching Ariana Grande, but you and I are just one of 40 other people inside of a 50 person room. Our experience is not the same, by definition, because we're not inside of the same model. The only time a million people are participating in one shard and one shared experience is if we’re all watching Ninja or Shroud or someone else on stream and are actively involved in shaping what they play.”

While streamers such as Shroud would draw larger audiences, Navok said Genvid plans to add discoverability tools to help boost smaller and mid-sized streamers as well.

It’s a level of interactivity Genvid is accustomed to delivering thanks to its debut project, Rival Peaks, an interactive TV show where user voting and interaction helped shape the narrative and determined characters’ fates.

Genvid’s plans for user-shaped entertainment don’t stop at Pac-Man Community. Bandai’s arcade classic is a safe way to familiarize audiences with this level of interactivity, Navok said, and Genvid is already planning on projects set in other, bigger worlds based on popular IP. The hope is to grow a large and enthusiastic audience.

Navok gave no hint as to what these future projects might be, but branching into well-known IP is a strategy Ampere Analysis director of games research Piers Harding-Rolls previously said is vital for these efforts to succeed and stand out among competition from other, more established platforms.

“You're going to be able to create characters inside of the overlay and see them appear in rich 3D,” Navok said. “You'll be able to use that influence that you've generated by helping characters to affect the story and become the person who created unique moments not in relatively unknown worlds, but in IP that you know and love. We could elevate not just what we thought was possible with games, but we could do everything that other platforms have been promising for years.”