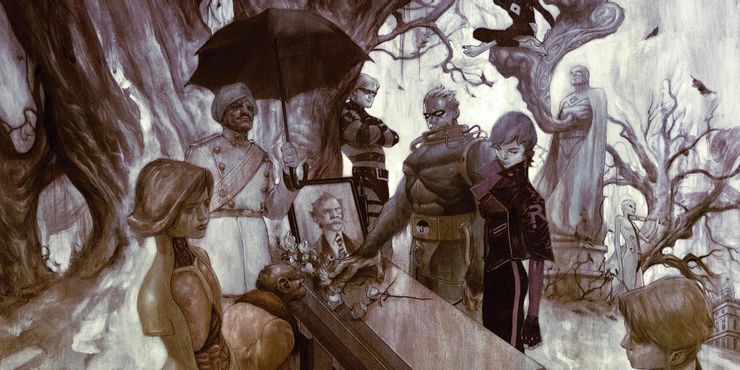 Embracer Group has announced five acquisitions spanning multiple sectors, including Dark Horse and Perfect World Entertainment. Embracer didn’t disclose a gross amount for any of the transactions, but predicts the new assets will contribute 246-316 million Swedish Krona ($26-34 million) in the upcoming fiscal year and 519-689 Krona ($56-75 million) in the 2023-2024 fiscal year.

The acquisitions give Embracer a strong foothold in sectors ranging from comics to animated media, and more, and include:

Earlier this month, it also purchased board game juggernaut Asmodee for around $3.1 billion, bolstering its stable of non-video game enterprises. Along with Dark Horse, Embracer is clearly making a bid for cross-media expansion.

Embracer bought DIGIC and Shiver through Saber Interactive, another of its studios, and the two new acquisitions will operate under Saber. Spotfilm was purchased through Koch Media, also an Embracer company, and is now a Koch subsidiary, though it will continue operating out of its current facilities in Berlin.

“I can’t express the excitement I feel as Dark Horse moves into this new chapter in our history,” Mike Richardson, Dark Horse CEO and founder, said in astatement. “The synergies that exist with the Embracer network of companies promises exciting new opportunities not only for Dark Horse, but also for the creators and companies we work with. I’ve had a number of compelling conversations with Embracer CEO Lars Wingefors and I’m very impressed with him and what he and his team have built. I have to say, the future for our company has never looked brighter.”

Announcing five acquisitions in one day makes a full schedule for most businesses. However, this is just another day in Embracer’s ongoing bid for expansion, part of which began when the group hired former Capcom and THQ executive Josh Austin in 2020 as head of licensing and consumer products to handle acquisitions for Koch, Saber, and Deep Silver.

The acquisition strategy is seemingly bearing fruit as well. Later in 2020, Embracer acquired 13 studios, including Coffee Stain, and then announcedan 80% growth in revenue for the first quarter of 2021. In August 2021, Embracer acquiredyet another round of studios, eight in total, including Ghost Ship Games and French animation studio DigixArt.

“Brick by brick we continue to improve our operating groups and consequently Embracer as a whole,” Embracer CEO Lars Wingefors said at the time.

It’s not a plan most companies could follow, though. The only other media giant to come near matching Embracer’s pace is Tencent, whichclosed 51 deals in the games sector between January and May 2021 before purchasing Sumo Digital for over $1 billion. In Tencent’s case, the desire to escape increasingly stringent regulatory practices fuels at least some of its expansion, though the developing trend is more than clear: all stages of development and production are becoming increasingly concentrated under a handful of major media companies.