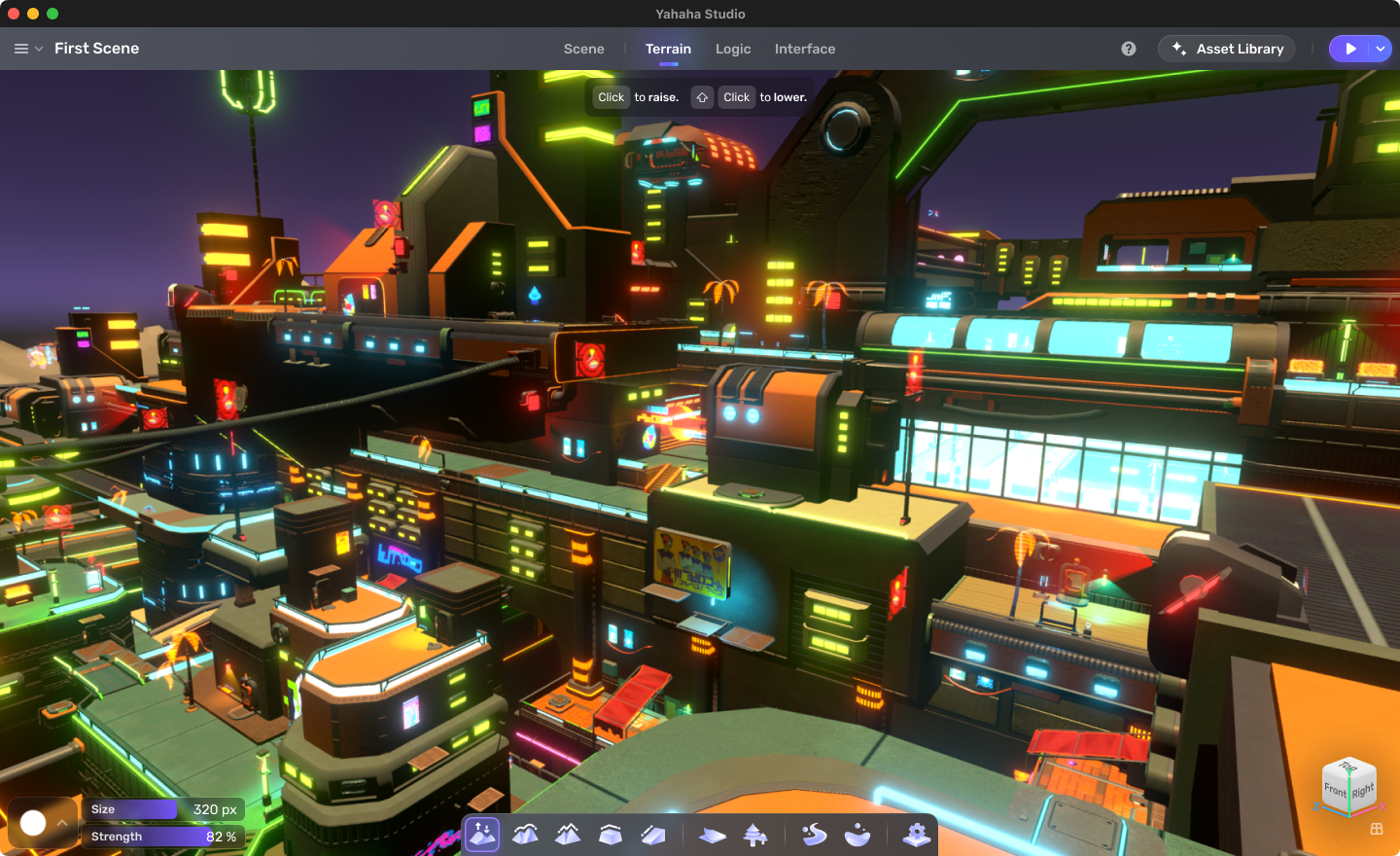 Last week, Finland-based Yahaha announced the closure of a $50 million funding round to help build out its “no-code” game creation platform. The goal, according to company co-founder and COO Pengfei Zhang, is to democratize 3D content creation in the same way TikTok has democratized video creation.

“We aim to…lower the barrier of creation so anyone with a creative mind can make something of their own and share it to be played, whatever their level of skill,” Zhang told GameDaily. “Our goal is to make it as easy as drag and drop, or leveraging templates provided by us and other creators.”

The engine, also called Yahaha, features a host of existing assets that can be utilized by creators to build out their worlds, hence “no-code.” The hope is that the simplified tools and low barrier for entry will attract a wave of new creatives who will help build a Yahaha-based metaverse.

“Experiencing 3D virtual worlds with a digital identity is a huge draw,” Zhang explained. “What we are doing is still far from the metaverse as described by Snow Crash, however, we aim to empower creators by lowering the barriers of 3D creation. We want to show that anyone can be a part of the digital future, creating virtual experiences of their own for other users and friends to explore and enjoy.”

The $50 million investment, which took place over six months and three rounds, will be prioritized for product development and talent acquisition. Zhang said that the team is currently working towards an alpha build, and hopes to get it into the hands of creators as soon as possible. But there is a complex juggling act, though, as Yahaha is trying to balance its presence in two different markets.

“On one hand we need to cater to creators of all levels so they can create 3D multiplayer experiences quickly and without any limits; on the other hand we also need to provide an instant interactive social experience for cross-platform players.”

Yahaha is also trying to build a creator community that can help shape its world, an intrinsic component to any kind of longevity. The company will spend a good portion of the investment on incentivizing creators to use Yahaha, hopefully drawing in other potential users.

Founded in 2020 by a team of Unity veterans, Yahaha has offices in China and Korea in addition to Finland. Zhang said that the team is most excited about the possibilities that come along with the advent of the metaverse.

“Virtuality can bring a better experience to reality, to the extent that you won't even know the difference between reality and virtuality anymore,” Zhang said. “We are very curious and excited to see what our community of creators will build with our creation tool.”

The social nature of the metaverse is of particular interest for Zhang, who said that all the tools Yahaha is providing are for creators to easily build sociable content for players to enjoy through their digital identities. This is one of the big priorities for the company.

“Social interaction is a big focus in Yahaha,” Zhang said. “Through different virtual worlds crafted by creators of all kinds, users can socialize via their digital identity with other like minded players and creators.”

While the concept itself isn’t exactly new, the rise of the metaverse has been a much-discussed topic in the games industry as of late. A number of upstart companies have expressed interest in claiming a foothold in this arena, causing some analysts to predict that the metaverse could be the next big gaming platform. Meanwhile, other big names have expressed skepticism or outright disdain for such a concept.

Time will tell if Yahaha’s ambitions are well placed, but for now it’s impossible to deny the business appeal of the metaverse. It will be interesting to track this trend moving forward.