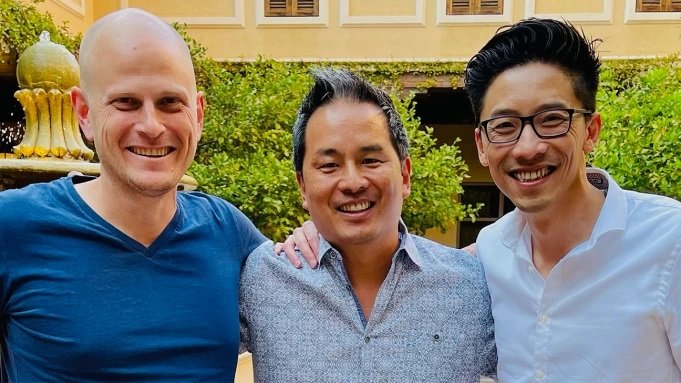 This week, a handful of industry veterans announced the opening of Fortis, a new game developer based out of San Francisco. A subsidiary of resort developer Las Vegas Sands, Fortis is setting out to “create worlds that matter, that are deeply social…and to help build meaningful relationships and healthy communities through games,” according to president Steven Chiang.

Chiang is a long-time games industry professional, boasting a stint as the executive vice president of worldwide studios at WB Games. Additionally, he is a co-founder of EA Tiburon, and, for a time, was president of studios at Zynga. Joining Chiang among the Fortis founding team is Shawn Foust, a WB Games colleague.

For Chiang, Fortis is the realization of a lifelong love of games, and the next logical step in an already-illustrious career.

“Playing games has been a passion of mine since grade school, and I have seen the business change--through multiple console transitions, from unconnected platforms to always-connected platforms, from single player to social experiences, from long-session gaming to short-session games and through business model shifts from premium to free-to-play,” Chiang told GameDaily.

The free-to-play (F2P) business model is of particular interest to Chiang, who said Fortis will stake its claim there.

“In 2010, I left EA to join Zynga, because I believed the future of games was in free-to-play game services.”

There’s no denying the broad appeal of F2P gaming. Over the last several years, the model has exploded in popularity, with developers and publishers leaning into microtransactions in order to support a game’s lifespan. Many prominent titles have even transitioned to F2P, including Rocket League and Destiny 2.

There has been a lot of activity in the F2P market to be sure, but Chiang believes that it’s still early days.

“After spending a decade in free-to-play game services, I believe we are still in the early innings of game services, and our goal is to build the next generation of game services which we call ‘responsive worlds’ and build meaningful connections between players,” he explained.

The founding philosophy for Fortis is steeped in the desire to foster social connection through gameplay, a tenet that has taken on increased significance over the last few years.

“We believe games have the ability to create a positive impact on society and culture, and now more than ever, those are the experiences players are looking for,” Chiang said. “We believe there's a huge opportunity in not only meeting this demand, but creating new and more fulfilling ways for players to interact with each other through games.”

To that end, Chiang said Fortis’ vision boils down to one concept: to make games where you belong. This, of course, begins with studio leadership. As an almost 30-year industry veteran, Chiang said that he can directly trace the quality of a game back to the team’s leadership. Thus, building the right team is paramount to success.

“With Fortis, we have the opportunity to take our shared experiences and use the old adage of ‘same, better, new,’ and really focus on building the right culture--one of excellence, candor, going for it, curiosity, and about making each other better.”

While building the team at Fortis, Chiang said diversity has been a priority. After all, the company vision is to make games where you belong, which means ensuring that as many backgrounds as possible are represented.

“We are building games with broad appeal and we want diversity in our team; we believe that ultimately enhances our games. We believe games are an incredible medium to bring people together. As we think about the company, we are building a remote-first, global studio, and with a focus on talent, regardless of where they live. One of our teammates in the UK referred to us as ‘quite the people broth,’ which was both descriptive and disgusting at the same time.”

As a company owned by Las Vegas Sands, Fortis is beginning life with substantial resources. Already the company has more than 150 employees, and with a large organization like Sands overseeing things, funding hasn’t been an issue. Still, it seems like an odd thing for a luxury hotel and resort company to fund a video game studio, but Chiang couldn’t be more pleased at the fruits borne from the collaboration.

“After leaving WB, [co-founders] Shawn [Foust], Calvin [Lau] and I took a step back to think about what we were excited and passionate about building. We chose Sands because they focus on the long term, they are like-minded builders, who focus on differentiated experiences and superior service in their destination resorts.”

After meeting with Sands leadership, Chiang felt like the company gave them the best opportunity to execute the strategy he and his colleagues had envisioned. So far, the working relationship between Fortis and Sands has been productive and lucrative.

“In about 8 months we have completed three acquisitions and have hired a team around the world,” Chiang said.

For now, Fortis doesn’t have any gameplay concepts to show off, but it is continuing to hire and build out multiple in-house teams. Chiang is proud of the work so far, and is enthusiastic about disrupting the F2P games market. Time will tell if Fortis can pull it off, but there’s no denying the company’s strong start.