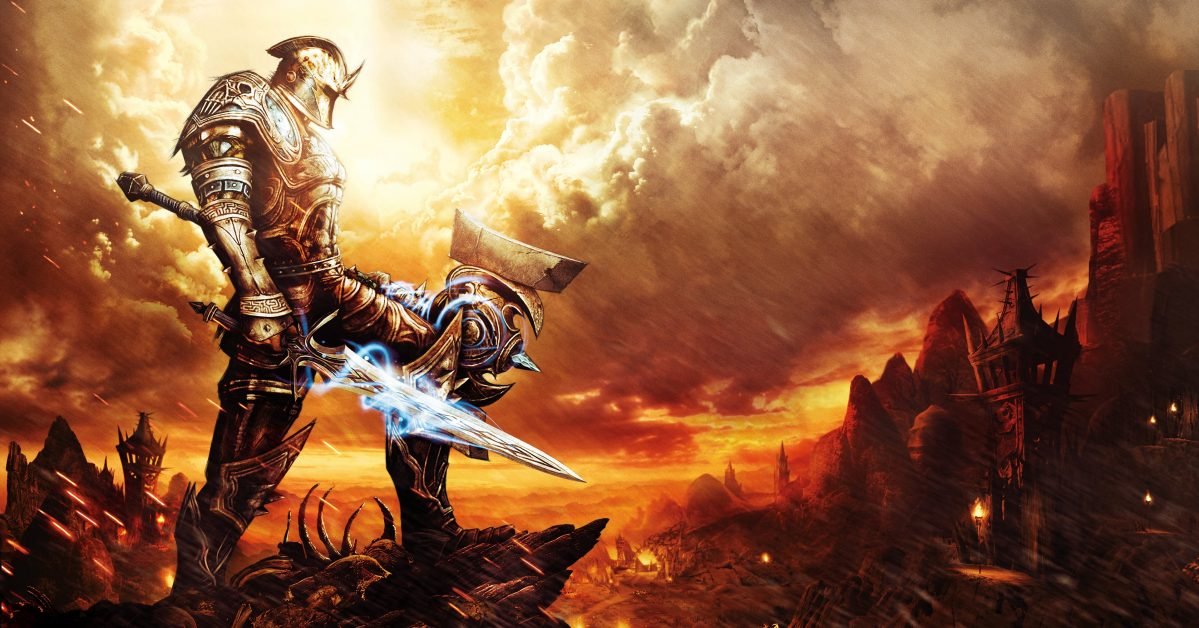 Update (09/07/2018): THQ Nordic has provided additional information on its acquisition of the Amalur IP. The company does not typically disclose financial information, but the public nature of the bankruptcy necessitates a requirement to disclose. THQ Nordic paid $900,000 for the Amalur IP and Copernicus assets. The company worked with the administrator of the 38 Studios assets appointed by the state to help offload anything remaining from the company’s collapse.

One of the more interesting aspects of the Amalur franchise is the high profile personalities involved in the original project. THQ Nordic business and product development director Reinhard Pollice (who worked to bring Amalur into the fold) offered GameDaily some thoughts about its hopes for the franchise.

“We would love to work with the likes of RA Salvatore and Todd McFarlane on the future of Amalur,” Pollice says. “As with previous acquisitions we will take our time to understand the franchise and then explore opportunities.”

As for the Amalur MMO, don’t expect THQ Nordic to rush it back into development. The publisher typically moves slowly as it explores how best to handle a franchise. “We can't say anything about the MMO right now,” Pollice advises. “MMOs are usually a very complex construct and we don’t have any experiences in that field.”

It took three short months for everything to fall apart for Curt Schilling’s 38 Studios. On February 10, 2012, the studio’s first game, EA-published Kingdoms of Amalur: Reckoning released to critical acclaim. On May 14 of that year, the studio missed a critical payment on a $75 million economic development loan, sending the Rhode Island state government into panic.

Today, years after mass layoffs, bankruptcy proceedings, and criminal investigations, Kingdoms of Amalur has a new lease on life with THQ Nordic acquiring the brand and assets. THQ Nordic has been gobbling up mid-tier intellectual properties following its unexpected acquisition of much of Old-THQ’s catalog. The up-and-coming publisher also recently welcomed Deep Silver into the fold and, separately, picked up the fan-favorite Timesplitters franchise.

According to a THQ Nordic press release, the deal also includes the canceled Amalur MMO that was developed under the codename “Copernicus.” There were big names associated with the Amalur brand, including legendary fantasy writer R.A. Salvatore, Spawn creator Todd McFarlane, and The Elder Scrolls IV: Oblivion lead designer Ken Rolston. Financial terms of the deal were not announced, and a THQ Nordic representative declined to disclose them.

The State of Rhode Island came into possession of the intellectual property (and everything else left behind by 38 Studios’ demise). Auctions only yielded about $830,000, with the IP unsold (until now). At the time, the Amalur franchise was expected to worth about $20 million by industry analyst Michael Pachter.

There were no acceptable bids at auction for the Amalur IP in December 2013, though the 38 Studios subsidiary Big Huge Games trademark and its Rise of Nations and Rise of Legends IP did move for $320,000. This meant the Amalur IP was just sitting there waiting for someone like THQ Nordic to come along. The “Copernicus” assets weren’t exactly given an enticing presentation, with Governor Lincoln Chafee calling the in-development MMO a “load of junk.”

The path here begins with what is now considered a terrible deal on the part of the Rhode Island Economic Development Corporation (EDC). Republican Governor Donald Carcieri was looking for big wins to tout his record as a job creator. As chair of the EDC, he helped strike the deal to bring Schilling’s studio to Rhode Island from Massachusetts with a $75 million loan that was supposed to spur creation of 450 jobs.

With Carcieri out of office due to term limits, Governor Lincoln Chafee was left to sort out the mess. Despite making an effort to keep the lights on and the doors open (short of “throwing good money after bad,” 38 Studios laid off all its staff in Rhode Island and at Big Huge Games in Maryland within weeks declared bankruptcy less than a month after it failed to make its loan payment.

According to a 2017 Providence Journal article, the 38 Studios collapse has left taxpayers saddled with more than $38 million to repay the debt. While far less than the originally estimated $112 million, this deal was supposed to help the state economy and taxpayers, rather than lead to years-long public repayment.

The state managed to secure about $60 million in repayment via settlement, with $2.5 million coming from Schilling and other 38 Studios leadership. The last piece of the attempt to secure repayment was a $16 million guarantee from Hilltop Securities (formerly First Southwest Company), which advised the state on the deal.

After years of investigation, no criminal charges were filed in the matter. “A bad deal doesn’t always equate to an indictment,” said Rhode Island State Police superintendent Steven O’Donnell.

The Securities Exchange Commission managed to secure a small victory against Rhode Island Commerce Corporation. A $50,000 fine brought the state’s litigation to a close five years and three governors after the studio collapsed. The SEC’s actions against deal underwriter Wells Fargo and the institution’s lead banker, Peter Cannava, are still ongoing.

GameDaily has reached out to THQ for additional comment. We’ll update the story should we receive new information.