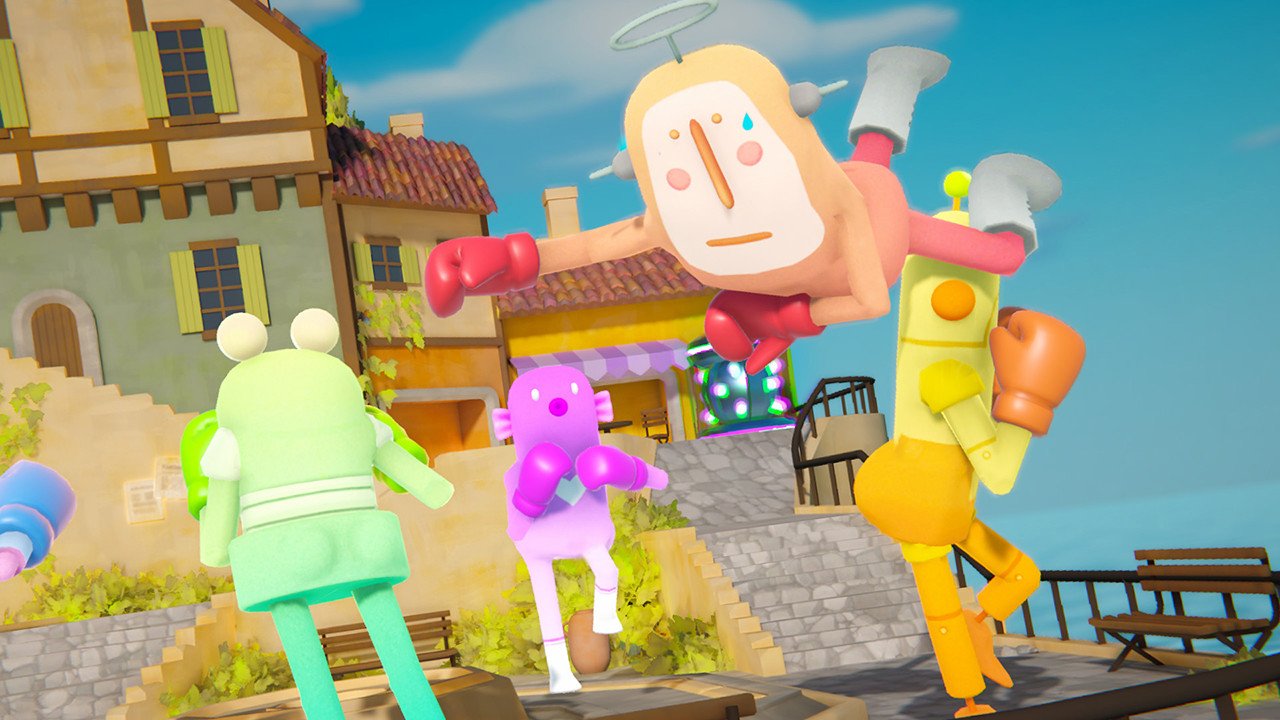 For much of its existence, Tuatara has served as a contractor for VFX work on a number of well-known titles, including Solar Ash, Godfall, and The Ascent. The Canadian studio also provides ongoing VFX support for Fortnite and Valorant, making Tuatara a premier company for special effects work in the games industry.

The team’s ambitions lie beyond contract work, though, as Tuatara has announced that it is expanding into the development and publishing arena. The debut original title is called Bare Butt Boxing, a physics-based multiplayer brawler that is scheduled for an early access period in Q4 of this year.

“Our mission as a company is to ‘embrace play,’ because being playful is an essential part of the human experience,” Tuatara founder and CEO Klemen Lozar told GameDaily. “When we play, we expand our thinking and foster a culture of flexibility, inclusiveness, and imagination. Bare Butt Boxing is a game about having pure, unadulterated fun and it really embodies our values, so we think it’s a perfect debut for Tuatara.”

For Lozar, a foray into development and self-publishing is a natural extension of Tuatara’s business. The company already employs a number of industry veterans with the technical knowhow to make games, so the initiative isn’t a stretch by any measure. In fact, Lozar feels that starting life as a VFX studio offers a competitive advantage.

“VFX is a pretty special game development discipline because it can be both very artistic and exceedingly technical,” he explained. “As such, a team of VFX artists tends to have a really broad range of skills necessary to tackle the various needs of game development.”

Many team members have worked on high-profile AAA releases, or have even developed their own small indie projects, meaning Tuatara has been set up for game development since its inception. In this way, Tuatara is using its experience as a sort of springboard for its development efforts. And thanks to its previous work as a successful contractor, it possesses the funds needed to break into the game making arena.

As for the decision to self-publish, Lozar said Tuatara enjoys the freedom of being able to pursue its own creative vision.

“Some of us also have experience working with publishers, so we’ve seen how that side of things looks, and it’s given us the confidence and curiosity to consider self-publishing,” Lozar said.

Indie publishing comes with its own set of hurdles, however. Specifically, discoverability is an ongoing challenge for small developers who must face an increasingly-crowded market that has become inundated with weekly releases. Lozar acknowledges this challenge but is confident that Bare Butt Boxing has enough levity to turn heads.

“It would be overly optimistic to say we’re counting on natural marketing, but we do think Bare Butt Boxing has a certain appeal and magnetism where people who play it want to talk about it and share their experiences with others,” he said.

Of course publishing on as many platforms as possible is a good way to get eyes on a game, and Tuatara is eyeing major consoles as well as Steam. As of this writing, Bare Butt Boxing is set to launch on PC, Nintendo Switch, PlayStation 5, and PlayStation 4 sometime in 2023.

Moving forward, Lozar is very much looking forward to players’ reaction to the game.

“Developing a unique, new experience is incredibly rewarding and perhaps only surpassed by the joy of sharing it with others,” he said. “We’re incredibly excited to finally share with the world what we’ve been working on and we’re really looking forward to building a community of fans around Bare Butt Boxing and our future games.”