With Stormdivers, Housemarque wanted to reinvent the Battle Royale genre before it existed 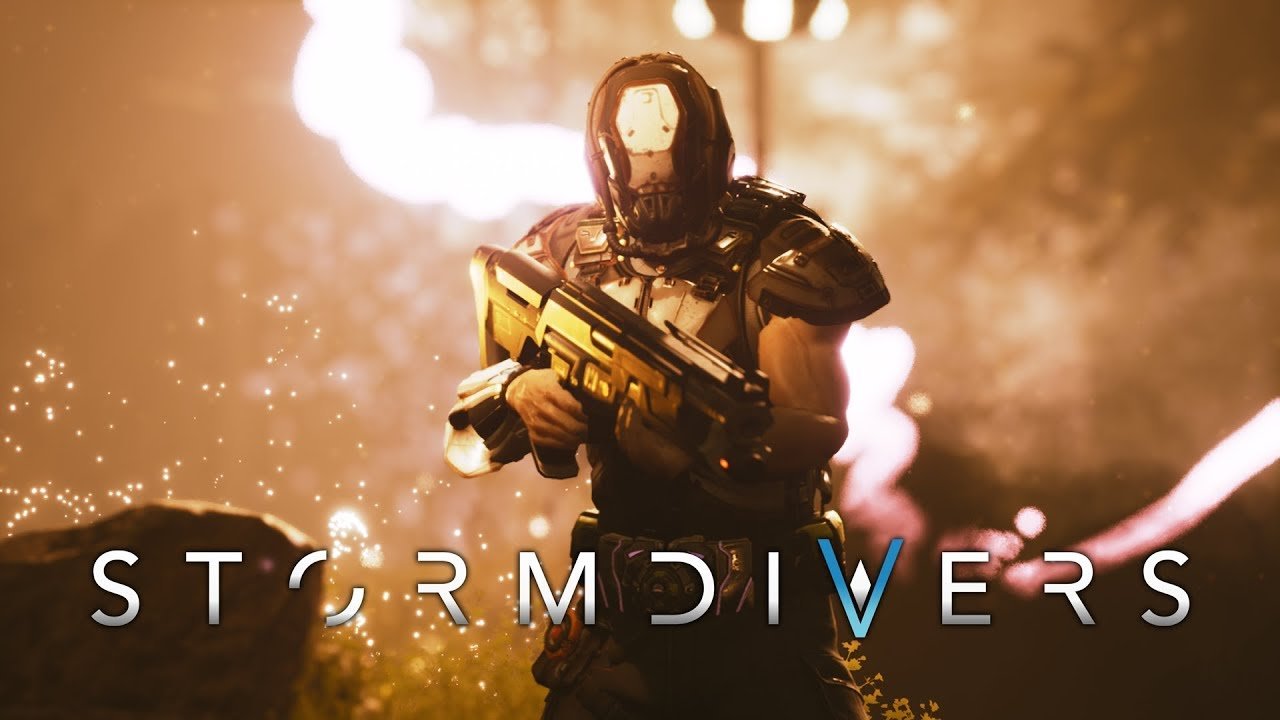 Stormdivers has been in development since before the likes of PlayerUnknown’s Battlegrounds and Fortnite had set the world on fire. Despite it being a Battle Royale game, this isn’t a case of trend-chasing. Developer Housemarque has recently turned away from making arcade games to work on something that might result in better sales. They didn’t realise at the time that they were about to tap into one of the biggest phenomena the games industry has seen.

“The initial pitch for the game was basically Smash Bros meets Hunger Games and the original reference movie we had was the original Battle Royale movie from Japan,” says Housemarque game designer Henri Markus. “We loved the idea and we wanted to try something new for the longest of times.

“When PUBG got bigger that would have been the moment when we could question whether we should go forward with this. But ever since our first prototype we felt really strongly that what we did was working.”

At Housemarque there is no upper management deciding on which games get made and when. The idea for Stormdivers came from a single artist who was passionate about his concept and who managed to rally 15 other developers to his side. This means the team is made up of people who believe in the concept and want to push it to be the best it can be. A small, dedicated team isn’t going to be able to fight against behemoths like Epic Games, but if the Stormdivers developers play it right, they won’t necessarily have to.

Housemarque’s Stormdivers producer, Sami “Haxx” Hakala agrees. He tells us that Stormdivers isn’t about chasing fads, it’s based on a strong concept that the entire team believes in. “We even tried prototyping some of the stuff that the market leaders are doing and it is not for us,” he says.

So what makes Stormdivers so different?

“We're moving the goalposts,” explains Markus. “To us, Battle Royale is two rules. Last one surviving wins and the area you're playing gets smaller. Everything outside of that is fair game. We can do whatever the fuck we want. If it works, it's definitely going to look like a Housemarque title. Approaching the launch period, which is early 2019, we're feeling more than confident that we have more than enough things to separate us from the other games. We're using Gamescom to put the word out, to try to convince the players that this is actually the case.

“That's the only way for us to actually survive with the title is if people are convinced that the game has more to offer. And in terms of how we differentiate, to start from the first core rule: last one surviving wins. That's our Battle Royale mode, in a sense. Last one surviving will win. Then the gameplay area getting smaller, it's not a circle. It's not a cylinder that moves slightly around the map and closes in, it's an asymmetrical storm surrounding the playfield. Different parts of the storm move faster, different parts stay still. At worst it looks like a hand with these pockets of safe zones that you can run through but taking damage.”

“The first prototype was initially a super small island, but very vertical. That's the starting point for our gameplay, to introduce verticality in a way that it actually makes sense. We have a permanent glider, so every time you jump you can glide. There's an in-game event called Tornado that throws you up. It's a way to break the fall but also a way to travel and a way to do combat. We have aerial combat because technically people can be flying and shooting at each other.

“Combat is visceral. Time to kill is super low. Camping doesn't do you any good.”

Camping is something of a plague in current Battle Royale titles. With a large play area, it’s easy to hide and wait for everyone else to take each other out and sneak into the top ten. While not very fun, it’s an annoyingly effective strategy for those more interested in results than random encounters. Housemarque hopes to end this with an in-match loot system that will require you to change your playstyle in order to earn special loot.

“I think, for me at least, the most interesting thing is that we discourage camping by introducing a mini mission system inside the main game/match,” says Hakala.

I want to be able to play Stormdivers with clear conscience eventually. I love customising my character in every game; I don't know how many thousand hours I have in Dota 2 now but I need to have my sparkly things on me. So I get it. What we want to do is create a new way to reward players for actually trying.”

Housemarque’s solution to this are items that spawn on the battlefield. Picking them up won’t grant you access to the loot immediately, but will begin an in-match quest with a set of challenges to unlock it for yourself.

“So from the start of the match you have something burning in your back pocket. This really rare sparkly thing. We're betting on this. It really should make you think how you approach the game.”

When Housemarque first announced development of Stormdivers, there was a lot of backlash from its community. They felt that the studio was completely turning its back on the arcade games that they’d been making over the years. As a result, even some of the developer’s so-called fans have been negative about the game from day one. Sadly, as fantastic as Housemarque’s games are, titles need to sell in order to keep the company afloat.

“Last year we put out the message that arcade is dead,” Markus says. “Obviously arcade isn't dead, but when you make one of the best rated games on PS4, when you exhaust every creative venue you have for a genre that is near and dear to your heart... And then have it sell peanuts? That's the tough part. Reading all the reviews for Nex Machina, knowing that we've done our best and we love our game. And then actually having no one playing it... It hurts.

“One of the most hardcore arcade guys told me earlier this year, 'Fuck you, you ruined my childhood for not making arcade games anymore.' I'm like, 'Okay, but would you still like to try my game?' and they're like, 'Well okay, but it sucks'.

“Two weeks later they're like, 'Okay, okay, I've seen it now a couple times. It still sucks but if you do this it might be better'. And lo and behold now one of our hardcore arcade guys is there writing. 'Okay looking pretty good, pretty good. Now you do this and now you do this' and 'I hate Battle Royale but I love this'. We know we're onto something.”

From talking to both Markus and Hakala, it’s clear that Stormdivers is a passion project for the team. It’s always a great sign when developers get animated when talking about their games and go off on rambling tangents. For clarity, I was able to ask maybe three questions during this 25-minute interview.

“Stormdivers is a classic Housemarque story,” Markus tells me. “We're always the underdogs. It's hard to convince publishers that we know what we're doing. Conveying the passion is super important. I think being super honest is super important. You don't necessarily have to tell company secrets. But you can still be super open. I don't see any harm in being open.”

But even though the focus so far is on Stormdivers’ Battle Royale mode, that’s just one part of the game that the team has planned. Co-op PVE modes are already planned for the game in 2019. Could that see a return to Housemarque’s arcadey past?

“There's no way in hell that there won't be bullet hell in Stormdivers eventually,” says Markus. “Or boss fights, because those are also on the roadmap. We already have them designed, but like I said: 16 people. There's not much wiggle room and you have to pick your battles pretty well. So what the players are going to see when we launch is a game, hopefully, that they can get behind. We need to bring the gameplay feel. It's impossible to show in a print screen or in a video. You have to play it. What's always considered by us when making arcade games was, 'Are you able to get into the zone? Do you feel the flow?’ And we absolutely do when we play the game.

“We know that no one is harboring any illusions that, 'Okay, guys we're not doing too hot. Let's make a Battle Royale game so we get rich'.

Making games is fucking painful and it's hard. It's never easy. The creative process, I love it. Everyone loves it at our office, but when you set out to make a game there's no way to guarantee that it succeeds.”