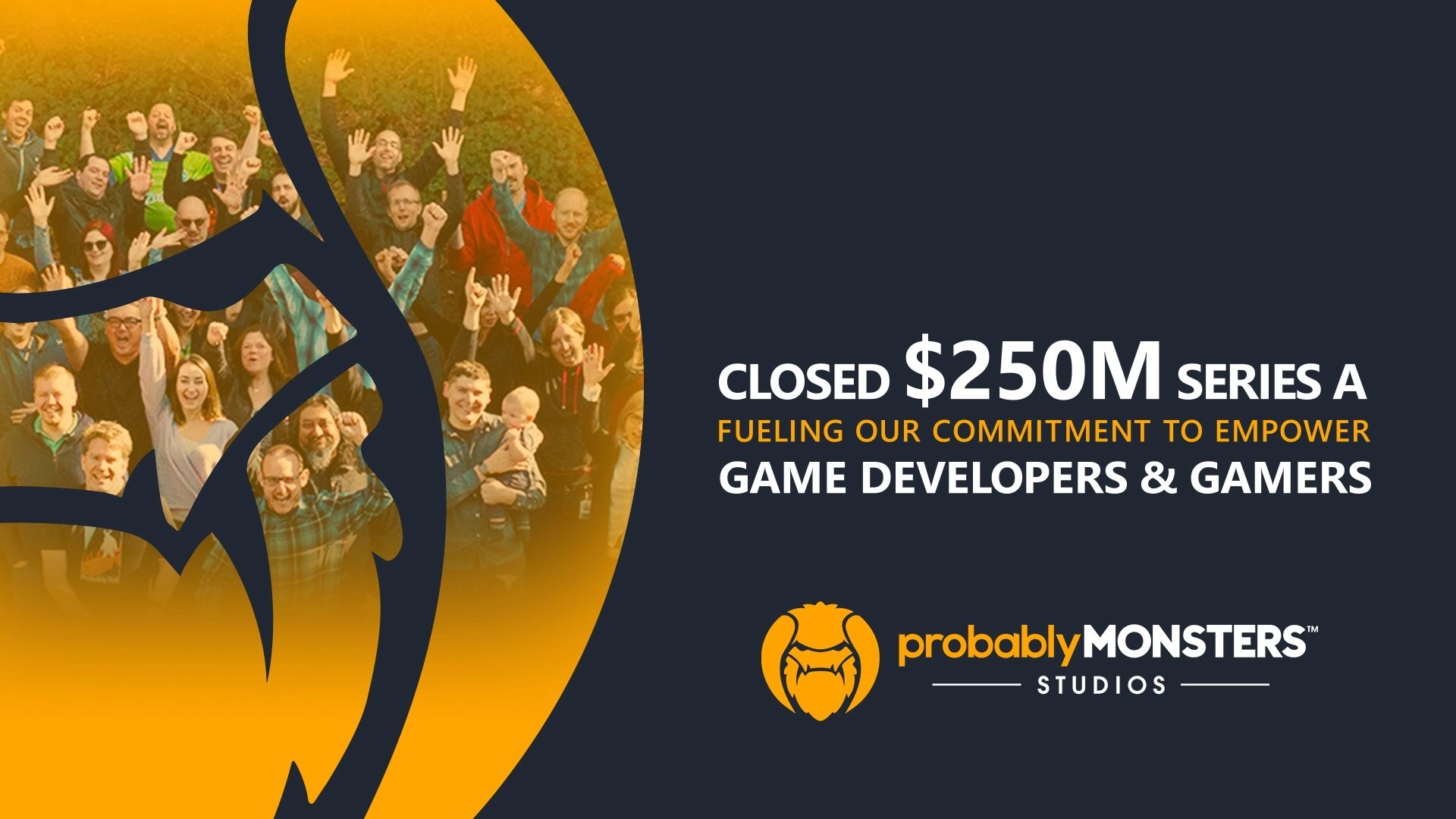 Game company ProbablyMonsters announced on Wednesday that it has raised $250 million in total Series A funding at the closure of the company’s latest funding round. As reported by GamesBeat, the round was led by LKCM Headwater Investments--both the private equity arm of Luther King Capital Management, and also one of ProbablyMonsters’ investors.

ProbablyMonsters, which was founded in 2016 by ex-Bungie CEO Harold Ryan, previously announced in 2021 that it had secured over $200 million in Series A funding. Last year, Ryan stated that one of the company’s goals was to “[provide] our teams with stable, creatively rewarding, and long-lasting gaming careers.”

With the announcement of the new funding total, the CEO doubled down on his prior sentiments, adding that the funds would be used “to build a better, more sustainable home for game developers.”

“Our goal has always been to invest in our people first,” said Ryan in a statement. “We want them to thrive building games they love in a positive and stable environment, and eventually be able to retire from ProbablyMonsters.”

Since the company’s formation, Ryan has stressed ProbablyMonsters’ “people-first” approach to game development. “The needs of people in the industry have to come first. Game developers need a place they can thrive; everyone deserves to have a safe environment,” Ryan told GameDaily last year.

By putting employees’ needs first, Ryan hopes for ProbablyMonsters’ approach to be a disruptive force in an industry often marred by crunch hours, workplace harassment, and uncertain job prospects.

In 2021, the company revealed that it was comprised of over 230 employees--up from just over 100 in 2020. Numerous game industry veterans have joined the company, with Dave Matthews (God of War, Myst) and Tony Hsu (Destiny, Call of Duty: Black Ops) heading Cauldron Studios and Firewalk Studios, respectively.

Currently, the company has three studios, each of which is working on its own project. Cauldron is developing an original narrative-focused title, while Firewalk is working on an original multiplayer game that will be published by Sony Interactive Entertainment. A third, unnamed studio was unveiled in 2020, and will develop an “original next-gen co-op RPG.”