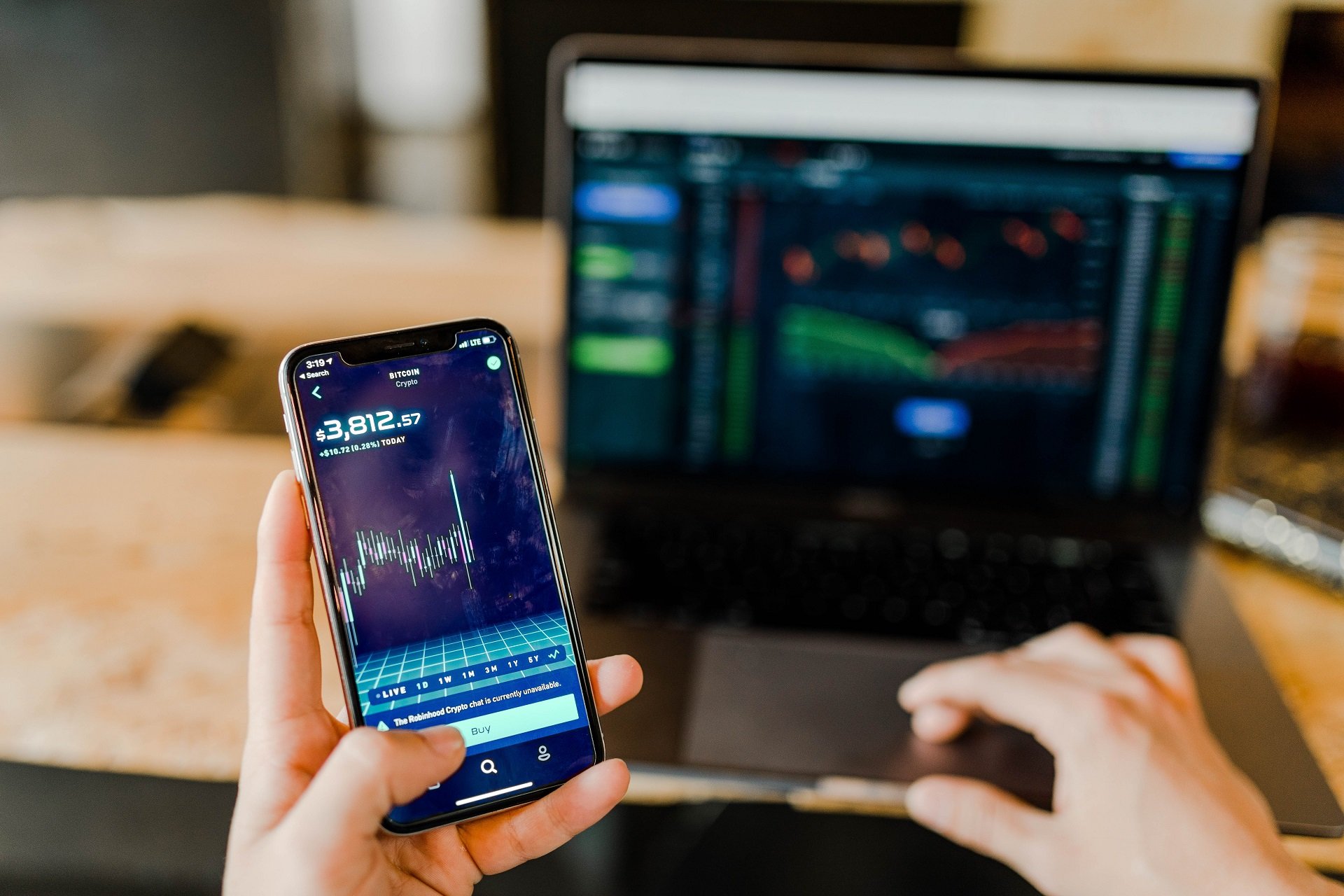 Acquisitions are nothing new to the video game industry, but not even halfway through 2022, M&A activity has hit all sorts of unexpected heights, with Microsoft’s bombshell $68.7 billion in-progress acquisition of Activision Blizzard easily being the most notable deal of the year. Since then, several other high-profile acquisitions--such as Sony’s planned purchase of Destiny 2 maker Bungie for $3.6 billion--have arisen.

In May, companies continued making headlines through their acquisitions, and quite a few interesting developments occurred that affected parties involved in said deals. Here’s a recap of what went on in the M&A world this month:

Activision Blizzard/Microsoft merger approved by shareholders, but it’s not over yet

Despite minor shareholder opposition and forecasted regulatory scrutiny, Activision shareholders approved Microsoft’s proposed buyout of the company at the end of April. However, the deal still has a ways to go.

According to an interview published by Belgian publication L’Echo (translation via VGC) with Microsoft president Brad Smith, the deal is “moving fast” for an acquisition of its size. Paraphrasing a Microsoft attorney, Smith stated that the deal was “coming to the end of the beginning [stage] and now [...] entering the beginning of the middle.”

However, the deal, which is expected to close by June 2023, is also expected to be subject to Federal Trade Commission (FTC) scrutiny. In early April, US Senators urged the FTC to review the Microsoft/Activision deal, decrying it as “cynical” and “opportunistic.” Shortly after, it was announced that the FTC would examine the deal.

As part of the FTC’s review, chair Lina Khan stated that the regulatory agency would partially look at how the deal would impact workers who have previously accused Activision of both discrimination and fostering a hostile workplace--a reference to a scandal at the company that was brought to light last year.

On a related note, Activision’s board recently urged its shareholders to not issue a report detailing incidents of workplace misconduct at the company, claiming it wouldn’t be in the company’s best interest. Activision was also subject to an NLRB complaint last month that alleged the game company was retaliating against employees that dared to discuss working conditions with co-workers.

Another interesting wrinkle in this deal is the recent successful unionization vote by QA workers at Activision subsidiary Raven Software to form the company’s first-ever union. In March, two months prior to the vote, Microsoft stated that it would recognize the union, known as the Game Workers Alliance, if Activision Blizzard did.

Microsoft’s primary industry rival, Sony, was also subjected this month to an FTC inquiry concerning its acquisition of Bungie. According to The Information, the investigation is centered around the question of whether Sony would make Bungie’s titles exclusive to PlayStation consoles, and how that might affect competing game companies. Shortly after the acquisition was announced, Bungie did state, however, that its games would not be PlayStation exclusives.

Despite the ongoing investigation, the deal is expected to close by the end of the year, confirmed Sony in its annual FY 2022 report.

Interestingly enough, the two parties also had an indirect clash earlier this month in the weeks following the leak of a U.S. Supreme Court draft opinion indicating the court would eventually move to overtun Roe v. Wade--a landmark Supreme Court case that legalized abortion across the US.

Following the leak, Bungie was vocal in its support for access to both abortion and reproductive healthcare. However, PlayStation has remained rather quiet on the matter, and reportedly demanded its subsidiaries do the same.

Responding to concerns that Bungie might similarly be outfitted with a “muzzle” post-acquisition when it comes to speaking out on social issues, staff from Bungie, including CEO Pete Parsons, publicly stated that the company would not be hindered in speaking out.

“There will never be a ‘muzzle’ big enough to stop us from standing up for what’s right,” said a Bungie senior community manager.

Square Enix parted with its western studios--Crystal Dynamics, Eidos-Montréal, and Square Enix Montréal--at the beginning of May by selling them to the ever-growing Embracer Group. As part of the deal, Embracer will also acquire several of these studios’ popular IP, including the Tomb Raider, Deus Ex, and Legacy of Kain franchises.

While the content of this deal isn’t all that surprising (Square Enix’s western studios have historically underperformed), what stands out here is the relatively low purchase price of $300 million--a drop in the bucket compared to the $68.7 billion Microsoft paid for Activision.

Commenting on the acquisition in the company’s FY 2022 report, Embracer stated that it sees “great potential, not only in sequels, but also in remakes, remasters, spinoffs as well

as transmedia projects” as part of the deal, which is expected to close between July and September 2022.

Take-Two completed its acquisition of Zynga on Monday in a $12.7 billion deal. The acquisition, which was first announced in January, was one of the biggest the video game industry had seen at the time. However, less than a month later, Microsoft swooped in with its $68.7 billion offer to Activision.

Zynga is well-known for its library of massively successful mobile titles, such as FarmVille and Words With Friends. Meanwhile, you don’t have to look too far to see Take-Two’s imprint in the video game industry. In addition to Zynga, the company also owns 2K (NBA 2K, Mafia, Borderlands), as well as Rockstar Games (Grand Theft Auto, Red Dead Redemption, Max Payne).

Towards the end of last week, it was reported by news outlet Puck that Electronic Arts had previously been in M&A talks with several potential buyers throughout the past few years, including many high-profile media conglomerates like Amazon, Apple, Disney, and NBCUniversal. According to the report, NBCUniversal’s acquisition of the game company “fell apart within the last month due to disagreements over price and structure.”

The Battlefield and former FIFA maker is reportedly “persistent” about pursuing a sale, and is allegedly interested in a merger that would allow CEO Andrew Wilson to maintain his spot as the company’s chief executive. In the wake of Puck’s report, the company has not issued a public comment.

Should EA get acquired, however, it won’t be bringing its ever-popular FIFA series of football simulators with it, as the company announced earlier this month that it would end its 30-year partnership with the International Federation of Association Football (FIFA). While EA will continue to develop football simulators, they won’t carry the FIFA name. The company stated that it would rebrand the franchise to “EA Sports FC” starting in 2023.

In early May, it was reported that the Guillemot family, the founding family behind Ubisoft, was considering partnering with a private equity firm in order to ward off potential takeover attempts. However, CEO Yves Guillemot has repeatedly emphasized--most recently during the company’s FY 2022 earnings call--that the company is in a good spot to remain independent. During the call, Guillemot also stated that the company would still review any buyout offers, but only as a best practice due to Ubisoft’s status as a publicly listed company.

In an interesting twist, another report surfaced last week that alleged Ubisoft was “listening to pitches” from interested parties. Additionally, it was also suggested that Ubisoft would be unlikely to accept a buyout offer at anything less than €60-70 per share.

At the time of writing, Ubisoft’s stock stands below its desired per-share price at €46.85 a share. The last time it stood at €60 or above was in July 2021. The company’s stock price has dipped significantly throughout the past few years while the company has struggled with multiple game delays, reports of troubled development cycles on some of its big titles, and a sexual misconduct scandal.