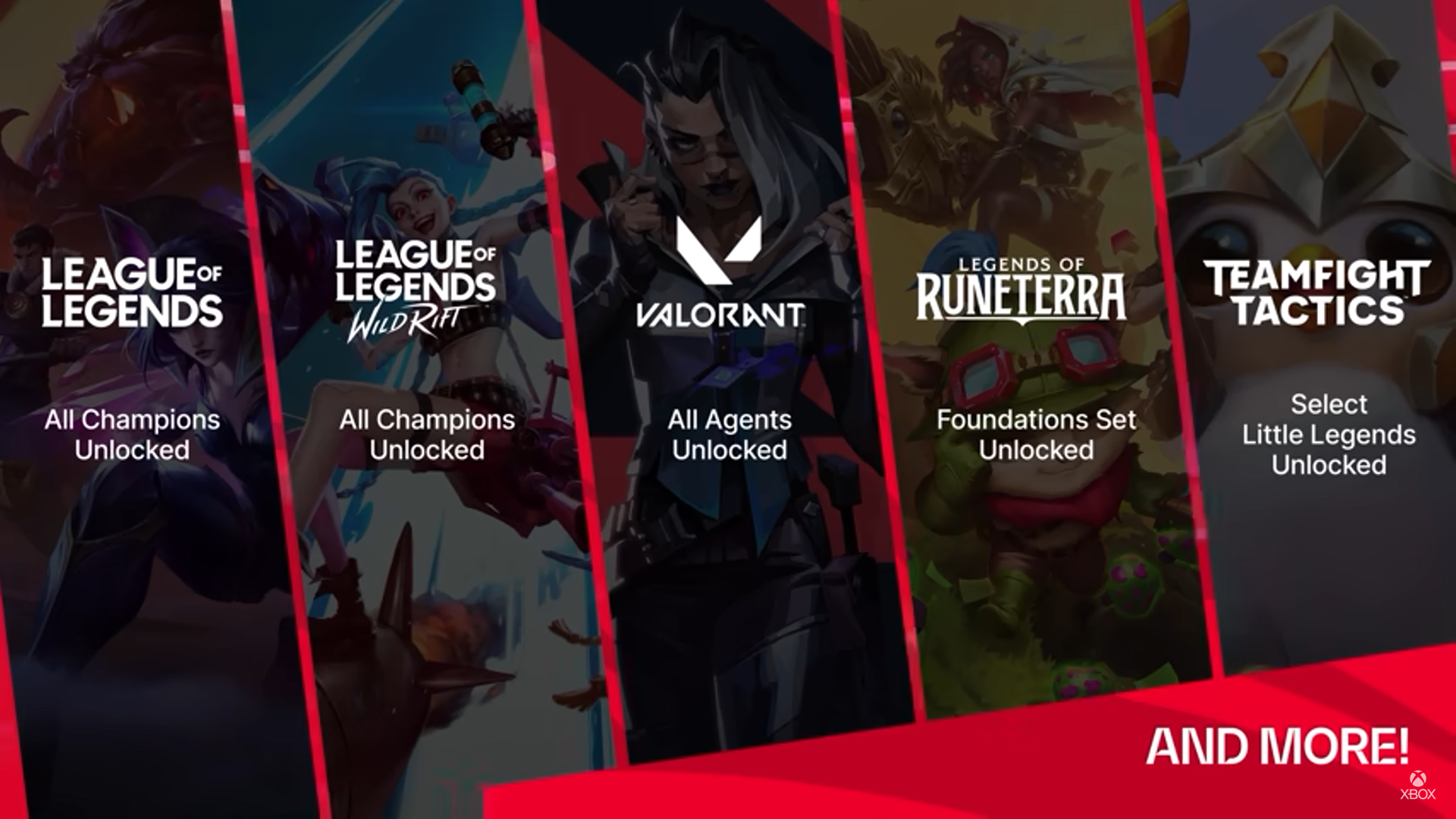 Over the weekend, as part of Summer Game Fest 2022, Microsoft and Bethesda held a showcase for their upcoming gaming projects. One of the surprise announcements was a collaboration between Microsoft and Riot Games, developer of League of Legends and Valorant. The two companies are partnering to offer a host of Riot content to Game Pass subscribers, along with plans to include access to every champion character in League of Legends and all agent characters in Valorant.

It’s a significant announcement with long-reaching implications. At 13 years old, League of Legends is one of the world’s most popular titles. Notably, it’s free-to-play and boasts hundreds of characters that can be purchased with in-game currency. Valorant, meanwhile, is following a similar path.

Riot has ridden the microtransaction business model to impressive heights, making the company’s deal with Xbox feel monumental. By including free-to-play games in Game Pass, and making all their content available to subscribers, Riot and Microsoft are aiming to shake up consumer expectations.

“Generally this represents a coming together of two seemingly disparate entities,” Louise Shorthouse, senior analyst at Ampere Analysis, told GameDaily. “Xbox is of course very Western and (traditionally) console-focused, whereas Riot is primarily a PC juggernaut and more recently, mobile, with larger fan bases in China and broader Asia.”

One of the more notable facets of the partnership is the indication that Riot’s PC- and mobile-exclusive offerings could find their way to consoles. For now, Valoratnt can only be played on the PC, while Wild Rift, the mobile version of League of Legends, is exclusive to smartphones and tablets. This is likely to change in the future, however, as Shorthouse expects these games to appear on Xbox consoles via Game Pass.

“This will be a mutually beneficial arrangement: adding Riot's titles to Game Pass could grow the service's PC user base, which currently lags behind consoles, and it may also attract players from new territories and demographics--Riot's fanbase,” Shorthouse explained. “The same is true for Riot, as it will be exposing its titles to gamers outside its traditional bounds.”

It’s important to note that Wild Rift will likely be the first mobile game to appear on Game Pass, and is sure to be joined by Riot’s other mobile titles Legends of Runeterra and Teamfight Tactics. All three games will receive bonus content exclusive to Game Pass subscribers as part of the collaboration.

Regarding the free-to-play business model, Shorthouse notes that Riot likely makes very little revenue from players purchasing League champions and Valorant agents themselves; the real cash flow comes from character skins because they are so numerous and new ones are constantly getting released.

“If a player lacks a certain champion/agent they won't purchase skins for it,” Shorthouse said. “Altogether this seems set up to enable greater spending on skins by removing as many barriers as possible, and boosting what is surely already one of the biggest revenue drivers.”

Looking at the bigger picture, the partnership between Microsoft and Riot could be a harbinger for similar deals in the future. The free-to-play business model is responsible for an outsized portion of games industry revenue, so it’s not surprising that console manufacturers would want to get in on that market.

“In order for these sorts of content subscription services (like Game Pass) to persist and succeed, F2P experiences must be included somehow because they represent some of the most popular games globally, and adding perks that would otherwise cost money--perhaps in order to enable further spending--is a logical strategy,” Shorthouse noted.