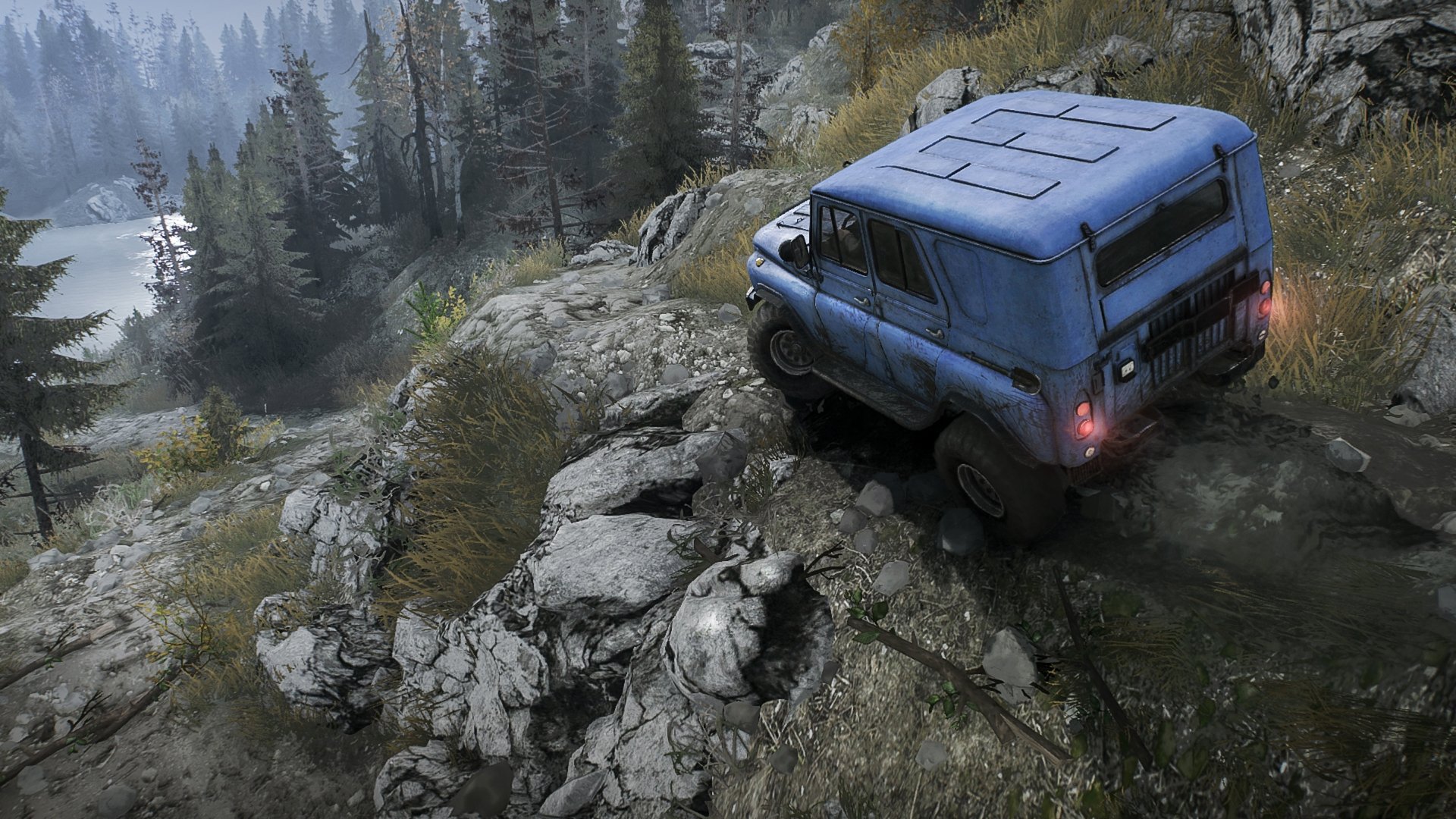 In June 2014, Oovee Games published Spintires tolargely positive acclaim. It sold well upon launch, and has since sold millions of copies. However, issues have cropped up between the publisher, and Saber Interactive--the studio at which creator and developer Pavel Zagrebelnyy worked on and grew his project.

Now, Saber is suing Oovee for defamation, after the latter issued a press release through a partnered law firm, which asks the claims Saber is making against them to be thrown out. A Saber spokesperson said “Nearly every line in Oovee’s press statement contains a falsehood or a misrepresentation.”

A newreport details how this dispute began long ago, after Zagrebelnyy entered into an agreement with Oovee, who at the time before Spintires’ release, was looking to enter the industry as a publisher.

After the success of Spintires, Zagrebelnyy worked on console versions with Saber, as well as two sequel titles, Mudrunner and Snowrunner. But questions of what Zagrebelnyy was meant to be paid from Oovee soon cropped up, and are reportedly still unanswered.

Saber claims Zagrebelnyy has yet to receive more than half of what he is owed, but the sticking point is that in 2016, it was agreed that the rights to Spintires was owned by Oovee. Furthermore, Saber would be able to make “improvements and enhancements” under a license from Oovee.

Seemingly, the agreement which was made to quell simmering tensions between the two companies, as both fought to claim the other had not paid what was owed. The tense peace lasted for two years until the agreement came back into question.

Oovee is claiming that the two sequels developed by Zagrebelnyy and Saber fall under the aforementioned improvements and enhancements, and therefore Oovee is owed a 25% royalty cut. Similarly to Spintires, both Mudrunner and Snowrunner have gone on to sell millions of copies. It’s important to note though that Spintires remains the only game published by Oovee.

But it’s not just the royalties allegedly owed that’s causing a rift between the companies. Neither can seem to agree on who owns the rights for design features, theme music, and any potential spin-offs. On top of Zagrebelnyy still claiming to be owed a lot of money from Oovee.

For Oovee’s part, the company’s new chief executive officer Devin Milsom, who is a close friend of founder Zane Saxton, claims the company “lost millions on top of spending millions from Spintires being down.” He goes on to claim that Saxton has had to sell his house, while Milsom has invested his own assets to keep Oovee running.

Additionally, Oovee is receiving funding for its legal efforts from Augusta Ventures, which has a reputation for taking on “David and Goliath” cases. The firm claims that it has a 66% success rate.

Though these claims suggest Oovee is in a dire financial situation, this does nothing to clear up the company’s financials. Since the game had been published, it was reportedly unclear as to what the company made in sales.

That lack of transparency is where discussion between Zagrebelnyy and Oovee began falling apart, leading to periods of Zagrebelnyy halting work on Spintires, and causing the product to be removed from storefronts multiple times. Currently, it is still not available to purchase.

For now, the only thing clear about this saga is that this new defamation suit will certainly not be the end of it.