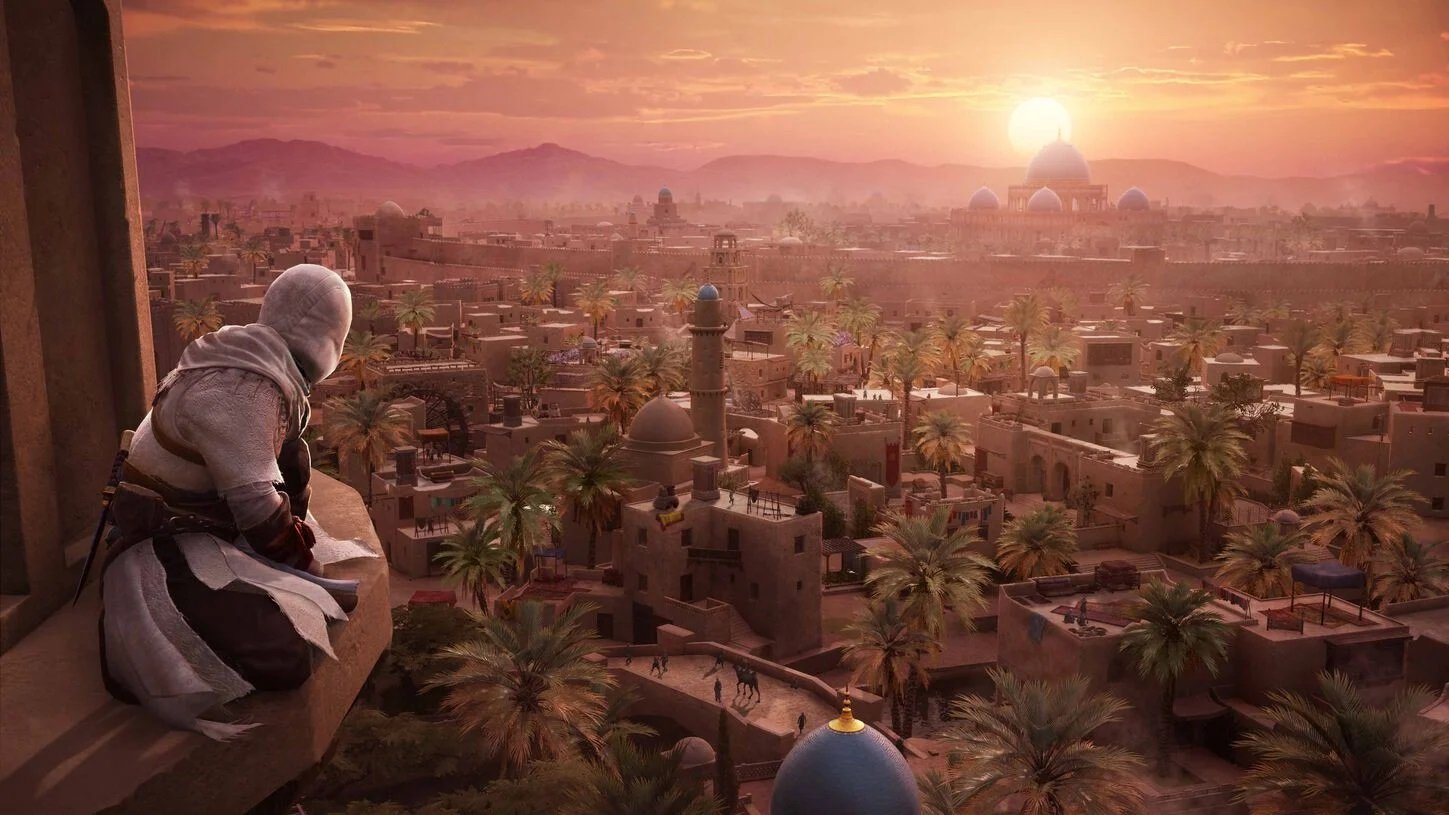 Over the weekend, Ubsisoft held a presentation highlighting the future of the Assassin’s Creed franchise, among several other announcements. The Ubisoft Forward celebrated the 15th anniversary of Assassin’s Creed, and laid out the publisher’s ongoing plans for its flagship IP.

The most prominent reveal was Assassin’s Creed Mirage, the next mainline Assassin’s Creed title. Planned for release sometime in 2023, Mirage takes place in 9th Century Baghdad and stars Basim, who players might recognize from Assassin’s Creed Valhalla. Ubisoft has stated that Mirage will tap into the spirit of the original Assassin’s Creed, although it remains to be seen how.

Eagle-eyed viewers noticed that the reveal of Mirage was preceded by an ESRB rating of “Adults Only.” The game’s Xbox store page also showed the “AO” rating, although that seems to not be the case any longer. Among the listed reasons for the rare rating was “real gambling,” leading many to guess that Mirage would feature some sort of lootbox-based business model. This has been denied by Ubisoft, who told GamesIndustry that the AO rating was a mistake:

"Following the announcement of Assassin's Creed Mirage during Ubisoft Forward, some store pages mistakenly displayed the game for preorders with an Adults Only ESRB rating and are being fixed. While Assassin's Creed Mirage is still pending rating, Ubisoft wants to reassure players that no real gambling or lootboxes are present in the game."

During the presentation, Ubisoft also teased a pair of upcoming Assassin’s Creed games: Codename Red and Codename Hexe. Not a lot of details were shared about these two outside of the fact that Red will take place in Feudal Japan and is being developed by Ubisoft Quebec, which handled Assassin’s Creed Odyssey.

Additionally, Ubisoft pulled back the curtain on Assassin’s Creed Infinity, a platform that will allow users to access past and future games in the franchise. The series’ present-day story will also supposedly be delivered exclusively through this platform. Further, Ubisoft is exploring Infinity as a vehicle for standalone multiplayer titles.

Codename Jade was also revealed as part of the Ubisoft Forward. It’s an open-world RPG for mobile platforms set in Ancient China.

The presentation was also filled with a handful of Non-Assassin’s Creed announcements, including new gameplay from Mario + Rabbids: Sparks of Hope that showed off the game’s turn-based tactical combat.

Finally, Ubisoft announced that Skull & Bones, the long-awaited pirate ship battle game, will be made available to Ubisoft+ subscribers upon its November 8 launch.

Last week, Chinese tech giant Tencent upped its investment into Ubisoft by way of acquiring a €300 million ($297 million) stake in Guillemot Brothers Limited, which owned roughly 13% of Ubisoft shares. With this deal, Ubisoft’s board of directors has given Tencent permission to increase its directly-owned stake in Ubisoft from 4.5% to just under 10%.