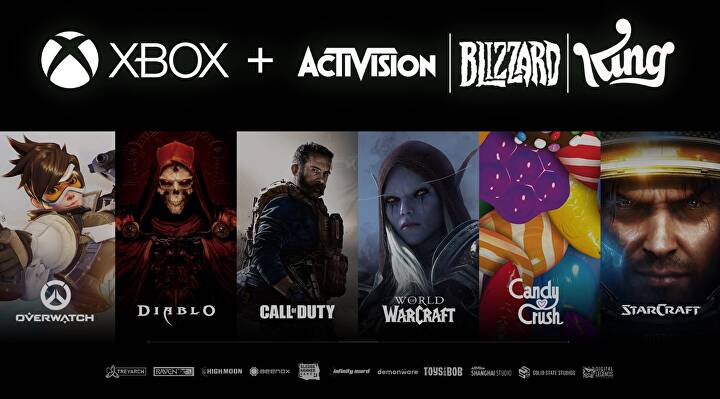 In January, Microsoft announced plans to acquire Call of Duty and World of Warcraft maker Activision Blizzard for nearly $69 billion. The deal has come under a great deal of scrutiny from a number of bodies, including the US government; in April, four senators urged the FTC to investigate the purchase.

Also investigating is the UK’s Competition and Markets Authority (CMA). Earlier this month, the organization delivered a ruling on the first phase of its look into the transaction, noting that it “may be expected to result in a substantial lessening of competition within a market or markets in the United Kingdom.”

In a memo to employees, Activision Blizzard CEO Bobby Kotick said he still expects the deal to close by June 2023, and that it has “already received approvals from a couple countries,” and the process with other regulators is “generally moving along as we expected.”

At the time, the CMA recommended that a second phase of investigation be conducted.

Now, it appears regulators in the UK and EU are taking this recommendation to heart, according to a report from GamesIndustry.

Encouraging the investigations is Sony, Microsoft’s primary competitor in the games sector. The company has made several statements alluding to the perceived impact console exclusivity of the Call of Duty franchise would have on business. However, Microsoft has been adamant that it has no plans to make Call of Duty an Xbox exclusive, at least for the time being. Such assurances have done little to assuage Sony, though.

In a statement to GamesIndustry, Sony CEO Jim Ryan said the company welcomes the deeper investigations into Microsoft’s deal with Activision Blizzard.

"By giving Microsoft control of Activision games like Call of Duty, this deal would have major negative implications for gamers and the future of the gaming industry. We want to guarantee PlayStation gamers continue to have the highest quality gaming experience, and we appreciate the CMA’s focus on protecting gamers."

Many have called such statements hypocritical from a company that has been on a buying spree of its own. Most prolifically, Sony acquired Destiny 2 developer Bungie in February for $3.6 billion.

On Twitter, NPD analyst Mat Piscatella reacted to Sony’s statement by pointing out the nature of console exclusivity:

“Not sure how this argument shouldn't be extended to include all exclusives tbh,” he wrote.

Sony has long prided itself on its stable of exclusive blockbuster franchises, such as God of War, The Last of Us, and Horizon.

There are still a number of hurdles Microsoft needs to overcome to complete its acquisition of Activision Blizzard. You can find a convenient rundown of the next steps over at GamesIndustry.