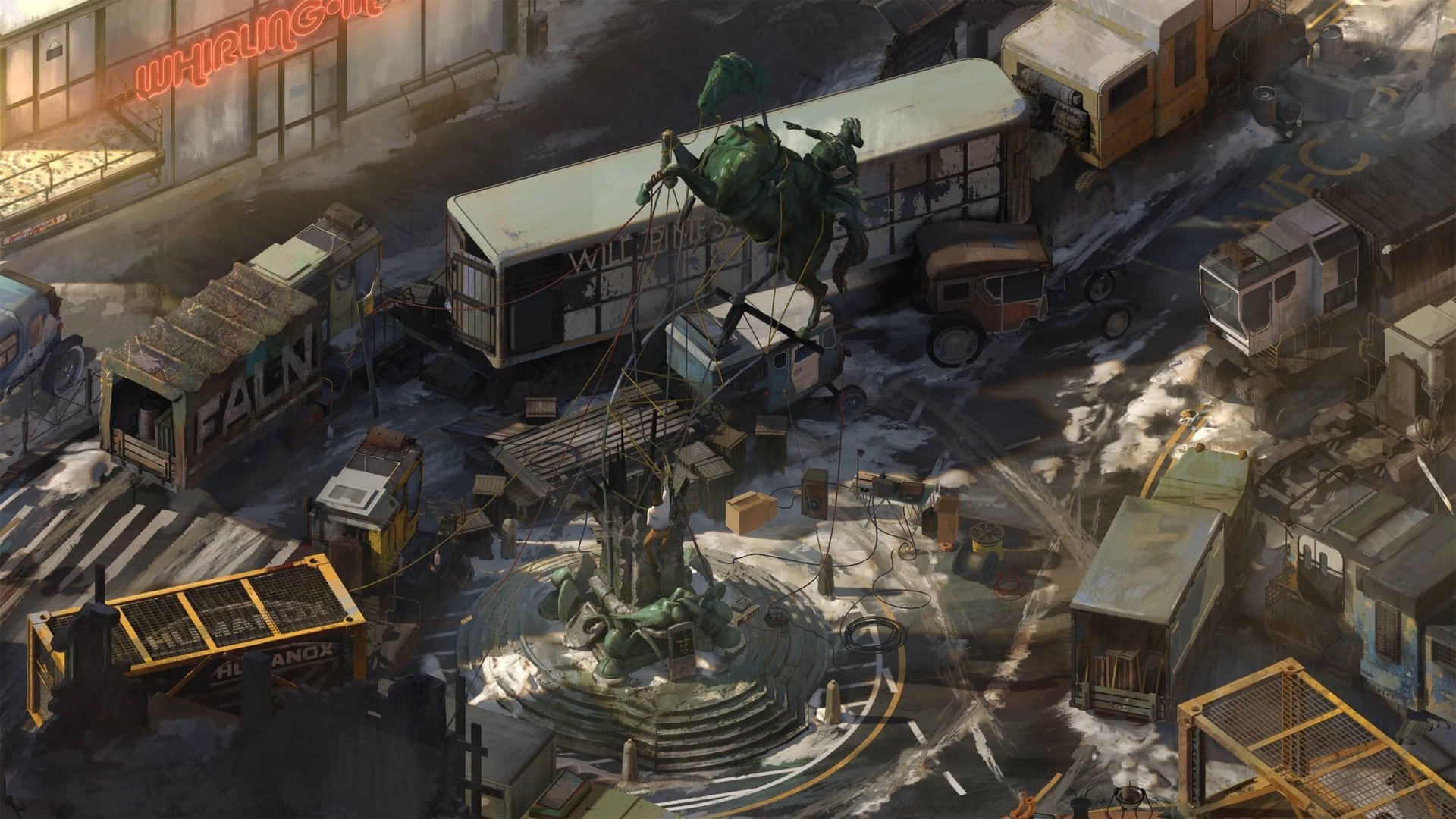 The legal battle between members of Studio ZA/UM entered a new stage last week when a newly-filed lawsuit accused CEO Ilmar Kompus and former executive producer Tõnis Haavel of misappropriating company funds. Now, a new dispute has emerged centering on the ownership of the Disco Elysium IP and of content related to its sequel.

According to the Estionial Express, and as reported by PC Gamer, four pieces of concept art for Disco Elysium 2 were supposedly acquired by Tütreke, a shell company owned by Kompus. The art was reportedly purchased for €1, then re-sold to ZA/UM for €4.8 million ($4.98 million). Per the report, the funds used by ZA/UM to purchase the art from Tütreke had been reserved for funding the development of Disco Elysium 2.

Allegedly, this money had been used in 2021 by Kompus to acquire shares of ZA/UM from investment firm Marge Linnamäe. This is in line with claims made by Robert Kirvitz and Aleksander Rostov, two former Studio ZA/UM staffers who published a joint Medium post earlier this month stating that Kompus had illegally acquired the majority of the company.

The entire saga began when Kirvitz and Rostov were dismissed from ZA/UM, along with writer Helen Hindpere. According to a statement from the studio, these three were fired for negligence and for creating a challenging working environment.

"The rumor that our decision to terminate the contracts of these individuals was taken for financial gain is entirely unfounded and does not in any way reflect the facts. It was a decision that had to be taken for the wellbeing of the collective,” a ZA/UM spokesperson told GamesIndustry earlier this month.

The most recent developments in the case--the revelation of Kompus’ shell company, the purchase of Disco Elysium 2 concept art, and claims of the illicit acquisition of the studio--serve to complicate an already winding narrative characterized by hearsay, an ironic echo of the layered storytelling of Disco Elysium.