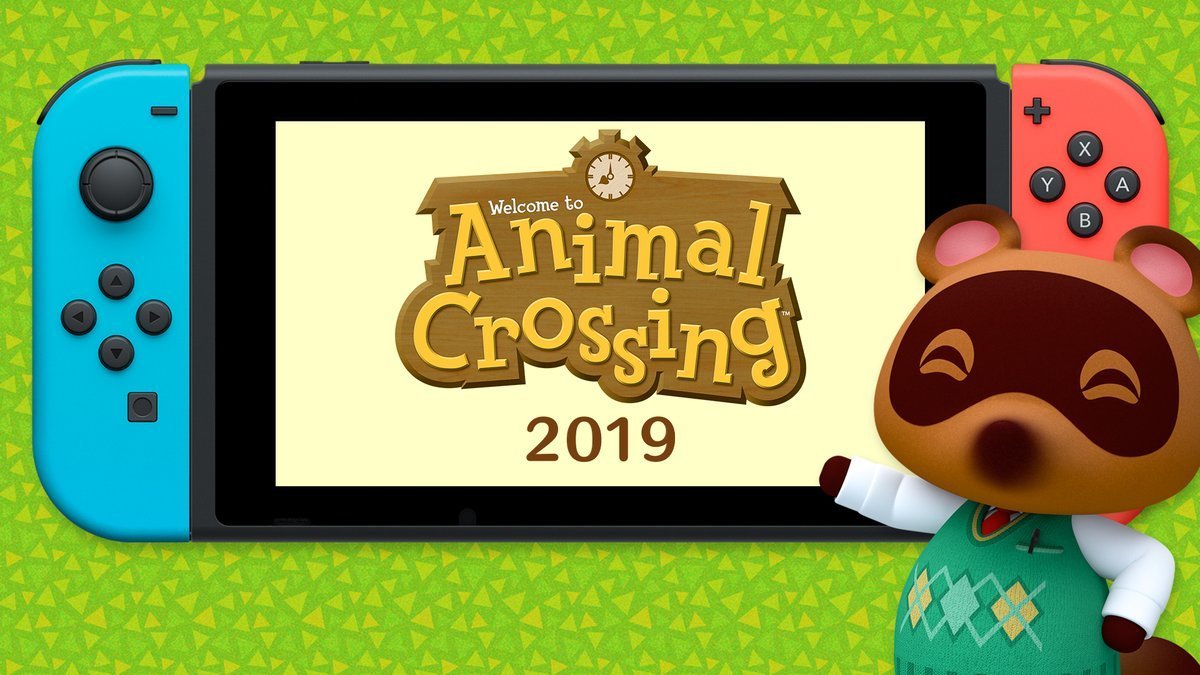 Last night’s Nintendo Direct gave consumers surprises and delivered an announcement for the first entry in a series fans have been hungry for. For those keenly watching the post-Wii U comeback tour, it also further showed how Nintendo and publishers are taking advantage of the Switch’s unique form factor.

Nintendo Directs are an opportunity for the company to showcase its tentpole franchises. The 35-minute presentation was bookended with new game reveals: a third Luigi’s Mansion title coming in 2019 at the top and two fan-pleasing Animal Crossing announcements at the end: the addition of Animal Crossing: New Leaf assistant Isabelle to Super Smash Bros Ultimate as a fighter and the first glimpse of a new and fully-fledged Animal Crossing game coming to Switch next year.

A significant focus during the presentation was the full unveil of Nintendo Switch Online, a new premium subscription service akin to Microsoft’s Xbox Live and Sony’s PlayStation Plus. Switch Online’s September 18 launch marks the end of free online play for Switch games, including Splatoon 2 and Mario Kart 8 Deluxe.

Nintendo Switch Online is lacking compared to the competition

Nintendo isn’t breaking new ground in charging for online play, but details about the Switch Online service have left potential subscribers with questions and concerns. The price is markedly lower than Microsoft and Sony demand, but feature quirks mitigate the savings.

For $20 a year, Nintendo Switch Online will provide access to online play for paid titles that offer those multiplayer features, classic NES games (with added online play), and cloud saves. The addition of a save backup feature will be a relief for players, as the Switch currently only stores save data on the local hardware (and not the removable SD card). Unfortunately, not all games will support the feature. GameDaily has reached out to Nintendo to find out whether developers will be able to choose if their games are cloud-enabled. We will update if we receive a response.

Even then, if your subscription lapses, Nintendo won’t guarantee your saves will be waiting when you decide to renew. For comparison sake, if your PlayStation Plus sub expires, your cloud saves are held for up to six months. And Microsoft has cloud saves that are kept indefinitely as a basic feature on Xbox Live, regardless of whether you have a Gold subscription or not.

Subscribers will have a choice of twenty online-enabled NES games to play that will be available at launch with three more coming each month in October, November, and December. Nintendo also announced Switch joycons modeled after the original NES controllers to make playing those games more authentic. These will only be sold to subscribers, and Nintendo has listed this (along with exclusive Splatoon in-game gear) as one of the first members-only “special offers.”

Nintendo is taking a page out of Microsoft’s original Xbox One launch playbook. Users will have to log in once every week to refresh their NES access, or else they’ll lose the ability to play the classic games. Thankfully, Nintendo hasn’t aped Microsoft’s original idea to require online check-ins for owned software.

Nintendo is moving forward with its mobile app-based chat feature. Rather than bake communication into the console like Microsoft and Sony have for three console generations, Nintendo is requiring players use their phones. The Direct touted spectator chat participation as a feature, but ambient noise is often a mood killer in online gaming. Just ask anyone who has muted someone blasting tunes in a Fortnite lobby.

“I am sure more games and people will use the app but think Nintendo needs to find a better way to do it,” says Kantan Games' Dr. Serkan Toto. “Calling this solution 'quirky' is an understatement. It's just ridiculous.”

Speaking of Epic’s battle royale behemoth, Nintendo has confirmed that there will be some games that can be played without a subscription, including Fortnite. According to Variety, Tencent has said the MOBA game Arena of Valor won’t need it either. Based on this pattern, Nintendo seems to be following Sony’s practice, keeping free-to-play games just that. Microsoft, on the other hand, requires an Xbox Live subscription even for games like Warframe (also coming to Switch this year).

While the Switch Online rollout timing isn’t perfect—a simultaneous launch with Super Smash Bros. Ultimate would have been ideal—there are a number of games available now and on the way that will entice users to sign up. Acquisition is a harder hill to climb than retention, so once players have a game they want to play with friends, they’re likely subscribers for the long haul (and one of those motivators will no doubt be the upcoming Animal Crossing game).

“If Nintendo manages to actually roll out more free games and meaningful offers, I actually expect the attach rate to be very high,” says Toto says. “My hunch is that they will somehow tie in the replacement of the virtual console (which I think is sure to come) with online, further driving demand for the service.”

Switch becomes the new home of ports and re-releases

Once upon a time, the PlayStation Vita was the king of ports and re-releases, with classic PlayStation 1 games, updates like Persona 4: Golden, and ambitious console ports like Borderlands 2. Nintendo Switch has taken over that mantle, especially after last night’s presentation, with a range of publishers bringing over both older favorites and more recent hits.

Blizzard confirmed a November 2 launch for its Switch port of Diablo III, 2K is bringing Civilization VI to the system on November 16, and Paradox Interactive launched Cities Skylines immediately following the presentation (though a Eurogamer report suggests it’s a performance mess). The Switch’s third-party publisher support utterly dwarfs the Wii U’s barren wasteland, especially in that system’s later years. The only worry with so many titles (a whopping 24 were released last week alone) is that the eShop still doesn’t have a robust set of discoverability tools. Games are going to start getting lost in the deluge.

Even Nintendo got in on the act. New Super Mario Bros U Deluxe, one of the very last first-party Wii U games left to make the jump to Switch, will arrive January 11. Bayonetta 1 and 2, Lego City Undercover, Captain Toad: Treasure Tracker, Donkey Kong Country: Tropical Freeze, Mario Kart 8 Deluxe, and Hyrule Warriors, all arguably essential pillars of the WIi U library, have already been brought over. The Legend of Zelda: Wind Waker HD, The Legend of Zelda: Twilight Princess HD and cult favorite Tokyo Mirage Sessions #FE could still find their way to Switch.

This presents a wider market opportunity for developers and publishers to bring existing games or new entries in established franchises to Nintendo platforms for the first time. There is still a segment of players devoutly loyal to Nintendo. We’re also seeing a number of Switch owners eagerly re-purchasing classic and recent titles on Nintendo’s hybrid.

"From a financial perspective, this makes sense: the games are already created, there is a certain nostalgia factor to them, and the IPs are well known, which helps with marketing and word of mouth," Toto explains. "These titles further cement the Switch's reputation as a 'port machine', which is actually an additional selling point for the hardware, at least in my view.”

3DS goes on despite shrinking spotlight

Nintendo is giving Switch the bulk of its attention, but the 3DS is still alive and kicking with games of its own. The remake for the original Luigi’s Mansion is set to arrive on October 12 ahead of the release of the third game in the series for Switch next year, the 2010 Wii game Kirby’s Epic Yarn is being re-released on 3DS as Kirby’s Extra Epic Yarn next year.

Meanwhile in Japan, a new Etrian Odyssey game was just released last month for the system, with a western launch penciled in for February 5, 2019. Persona Q2 (which is mechanically similar to Etrian titles) is set to launch in November (a western release has yet to be announced by Atlus). For games like Etrian Odyssey and others that rely on the dual screens and stylus-based input, a move from 3DS to Switch is a challenge to solve. As long as games thrive on the unique form factor, Nintendo can count on third-party support.

While 3DS’ star continues to fade in comparison to the Switch—yesterday’s segment on the system was a blink and you’ll miss it affair compared to the Switch-centric remainder of the broadcast—there is still a place for it and there is still good games coming to the handheld after nearly eight years on the market.

The Wii U took Nintendo and publishers on a choppy ride that never quite evened out before coming in for a hard landing. With the Switch, Nintendo has plotted a smooth course that is attracting developers and publishers of all sizes, while welcoming a more diverse lineup of games than the company has in years. There might be some turbulence ahead, though. The Switch Online service is causing a bit of turbulence, with relatively pared back features, a challenging chat mechanism, and potentially unfriendly handling of cloud saves. A course correction might be in order, but everything else is clear skies.

This story has been updated on September 15, 2018, with quotes from Kantan Games' Dr. Serkan Toto.