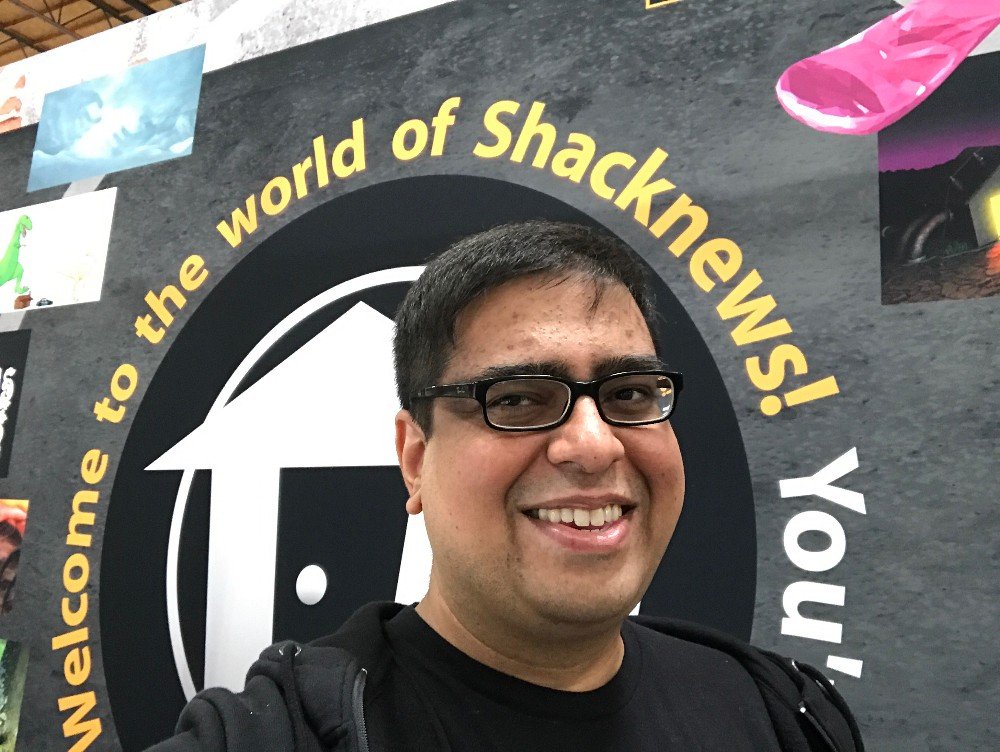 Esports is blowing up. According to the researchers at Newzoo, the global esports market is fast approaching $1 billion (the firm expects it to reach over $900 million this year) and is on a trajectory to hit $1.4 billion by 2020. While big names like Overwatch League, ESL (Electronic Sports League) and MLG (Major League Gaming) dominate the space, as the pie expands we may see the rise of smaller entities, and even media companies.

Shacknews recently announced its intent to launch a league called Shack Champions. To kick things off, the 22-year-old media company is hosting a special Shacknews World Championship on Wednesday and Thursday of E3 2018. At the publication’s West Hall booth, 128 gamers will battle for a $50,000 prize pool - divided between $30K, $15K and $5K - coming straight out of CEO Asif Khan’s pocket.

The E3 competition is, of course, limited to E3 attendees (of all ages), but the Shack Champions League will be open only to players over the age of 30 - an unusual tactic in the youth-dominated field of esports. Much like traditional sports, individuals of a certain age are going to simply have a tougher time going head-to-head with youngsters who have more energy, stamina and lightning-quick reflexes.

There is a whole generation of gamers out there who are pretty damn good, but maybe they don’t have the time to practice or the reflexes of these younger competitors... Elderly in the gaming world means over 30

Khan commented, “I used to be great at Quake and many multiplayer first-person shooter (FPS) games on PC, but esports players peak by their early to mid 20s. Some are 15-18 in their prime (which was 20 years ago in my case). There is a whole generation of gamers out there who are pretty damn good, but maybe they don’t have the time to practice or the reflexes of these younger competitors. Much like the PGA Tour, I believe that esports deserves a similar tier for elderly competitors. Elderly in the gaming world means over 30.”

Khan, formerly an investment adviser representative, believes there’s a genuine business opportunity for his company in the esports arena. Events seem to be a natural extension for the Shacknews brand.

“There were several reasons why I thought about entering the esports fray with Shacknews. There are two websites/companies that I really look up to who have been acquired in recent years: Recode.net and Gamer Network. Both of these companies have great editorial staffs with a ton of amazing online content, but they also do something else very well. They both have events,” Khan stated. “Code Conference just happened last week in Southern California and EGX was a huge factor behind the ReedPop acquisition of Gamer Network. My takeaway was that websites need to be more than just an online presence. The future of our medium is to go out in the public to engage and grow our community at events.

Khan isn’t looking for Shacknews to get into the convention space like ReedPop, but esports seems to have untapped potential.

He continued, “Esports is rapidly growing and I don't think we are even out of the third inning. Shacknews was founded as a Quake fan site, and some of my earliest memories of engaging the community involved finding servers to play games. #Shugashack on IRC was the place to go to find games, and later on the Chatty forum became the place to go to find out about Shackbattles. Competition has been at the heart of Shacknews over its 22-year history and the Shack Champions League is a way for us to extend that to a broader public audience.

“Holding esports events just seemed like the most logical way for Shacknews to create events that fit with our brand and we are going for it.”

Trying to take on the big boys like Overwatch League would probably be suicide, but that’s not at all what Shacknews is aiming to do.

“We are doing something that we believe is core to our identity. We are bringing back the fun of LAN parties to esports,” Khan explained. “I believe that Shacknews will be able to fill an old school gamer niche in esports that I feel is ripe for growth potential. It doesn't hurt that the average 30-year-old has more earnings potential than your typically younger esports viewer. Our demographic is still appealing to potential sponsors and partners and we are very confident that Shack Champions League will have a positive meaningful impact on our overall company's revenue growth.”

As the Champions League is still being organized, Khan isn’t sure whether there will be qualifiers, but he did say that Shack is not thinking about any entry fees to get into the competition.

There are more people watching esports than ever before, as Khan is fully aware. Newzoo reports that the global esports audience will reach 380 million people in 2018. With an audience that massive, as with the internet itself, toxicity can be a problem. And sadly conduct among the players, themselves, rears its ugly head sometimes. This is something that Khan wants to address with the Shack Champions League too.

“We are going to be welcoming of everyone just as we are in our Chatty community. We have had a set of community guidelines in place there for over 20 years, and I will make sure that our competitors adhere to a similar set of values as our community,” he said.

“Esports is in a great place and is growing rapidly. I think the biggest problem facing the industry has been player conduct. The language used by some players at esports events in the past year has been offensive and has no place on a Twitch stream or on TV. The various leagues have done a decent job of handling this, but I think there needs to be some sort of code of conduct in place for these entities that are handing out huge prizes to gamers. The esports community has a duty to be a positive example for all gamers.”

As esports continues to mature, we’ll no doubt see some more professionalism. In fact, ESPN anchors are already looking to train “shoutcasters” in partnership with Full Sail University.

“Another thing that I think esports events could do a better job at is post-game interviews,” Khan added. “Players are understandably angry when they lose, but traditional sports leagues do a great job of forcing players to talk with the press after games. This would be something that I would love to see more of at all esports events.”

Shacknews will be announcing the games in its competition in the coming days. To register for the World Championship, players will need to stop by the booth (#5434) by June 12.

Full disclosure: Shacknews is a client of Greenlit Content, the parent company of GameDaily.biz